A new generation of the Audi A8 has been formally unveiled ahead of the car’s retail launch later this year – with a dedicated self-driving mode included.

Audi first unveiled the A8 series of cars back in 1994, in a bid to capitalise on growing interest in the full-size luxury sedan market – and to great success, it turned out. Since then, we’ve seen varying iterations of Audi’s attempt to take on the BMW 7-series and Mercedes Benz S-Class, all culminating in the new fourth-generation Audi A8 this year. 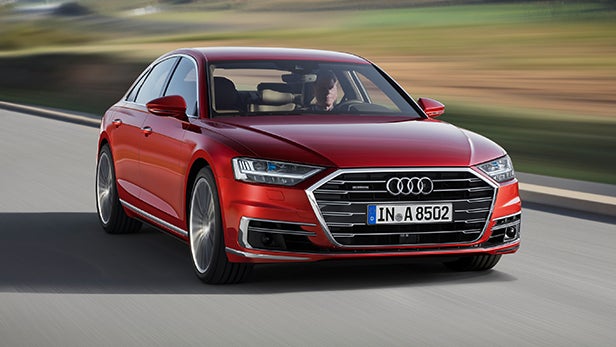 Despite the fact that this is a luxury sedan, Audi has retained the sporty design that seems increasingly popular for this car segment. You’re getting a muscular body with an upright single-frame grille, and a wheelbase of 17 feet – giving the car an aggressively low appearance.

Inside it’s a similarly ritzy story, with Audi focusing heavily on space this time around, as these images demonstrate: 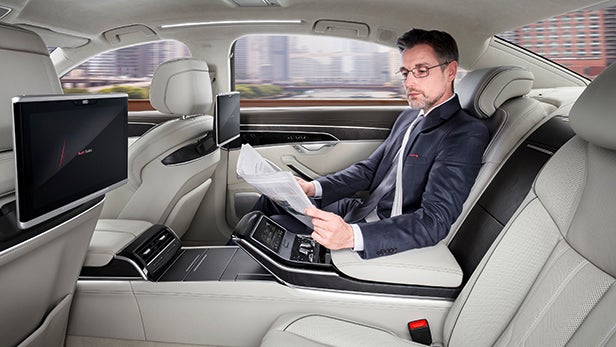 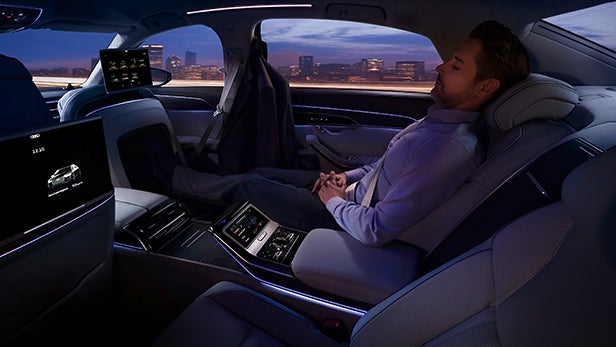 There’s loads of room in the new model, and a bunch of fancy tech too. For instance, you now have a large, centrally-located 10.1-inch touchscreen display, which is a change from the rotary pushbutton and touchpad we saw from the new Audi A8’s predecessor. This display gives you access to an infotainment system with all the usual treats.

There’s also a second touchscreen display on the centre tunnel console, which gives the driver access to the air conditioning, comfort functions, and text inputs.

But the best seat – at least according to Audi – is the rear right, where you can get an optional relaxation upgrade that includes four different adjustment options and a footrest. You can warm and massage your soles on a unit, with a multitude of settings embedded in the back of the front passenger seat. Rear passengers will also get access to ambient lighting controls, reading lights, seat massage, and the ability to make private phone calls via a separate operating unit. The rear seat remote even comes with an OLED display that’s as big as a smartphone. 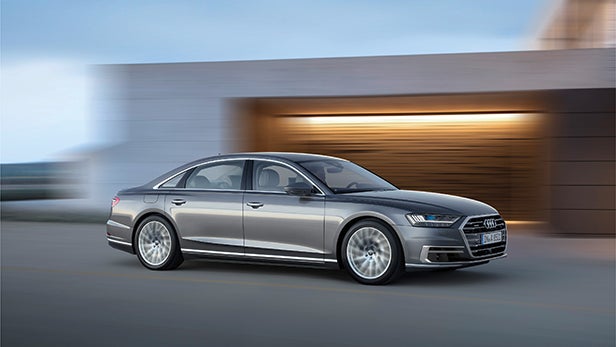 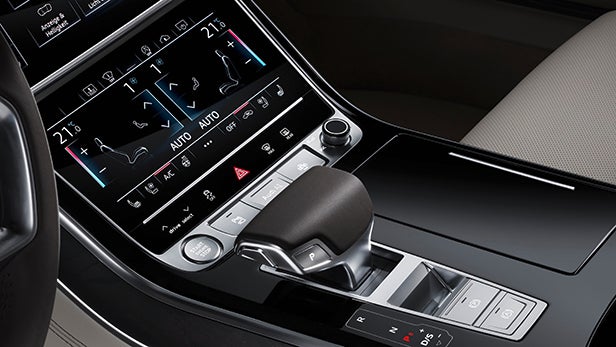 Audi has also loaded the 2017 Audi A8 with its brand-new pilot-driving mode. The Audi AI traffic jam pilot lets you give full control over to the car in slow-moving traffic up to 37.3mph on freeways and highways – specifically, where a physical barrier separates the two carriageways. You can active this system using the AI button on the centre console, prompting the car to manage starting, accelerating, steering, and braking:

“The driver no longer needs to monitor the car permanently,” says Audi. “They can take their hands off the steering wheel permanently and, depending on the national laws, focus on a different activity that is supported by the car, such as watching the on-board TV.”

The German car giant continues: “As soon as the system reaches its limits, it calls on the driver to take back control of the task of driving.” 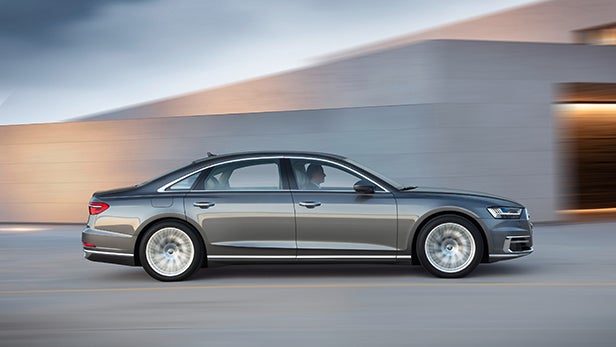 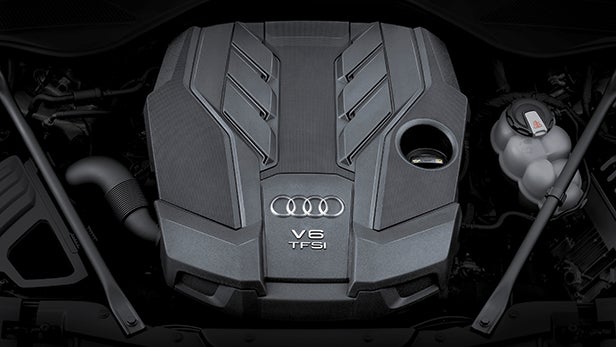 As far as automotive heft goes, you’re looking at two “extensively reengineered” V6 turbo engine options: a 3.0 TDI and a 3.0 TFSI. The diesel model can generate 286hp, while you can get 340hp from the petrol version. Audi promises that there will also be two eight-cylinder versions later on, one of which will be capable of developing 460hp.

We’re also expecting to see a plug-in hybrid drive version called the A8 L e-tron quattro “at a later date”, which will supposedly be capable of an electric-only range of 50 kilometres, or 31.1 miles.

The new Audi A8 will be released for UK sale in October, and is expected to start from just under £70,000.

In the meantime, check out some more images of the car below: 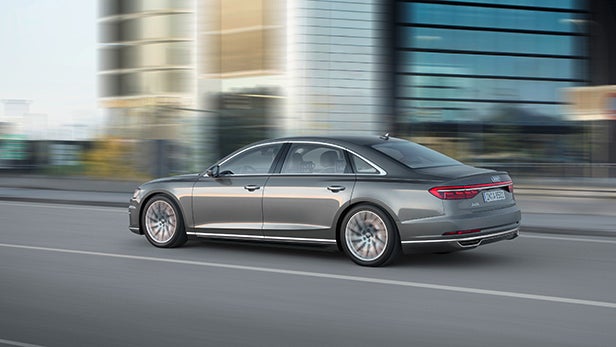 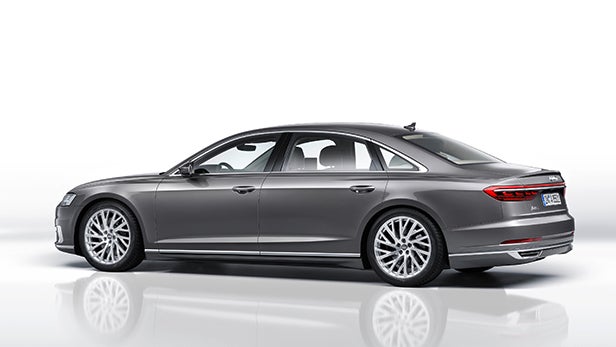 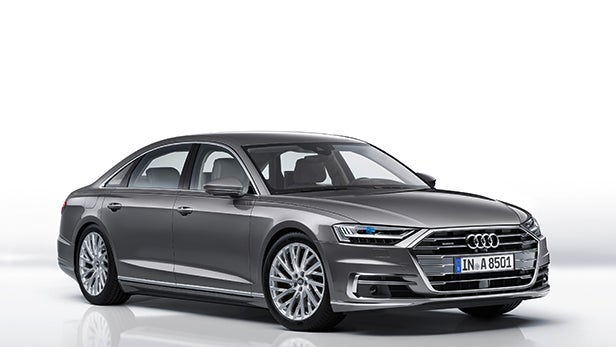 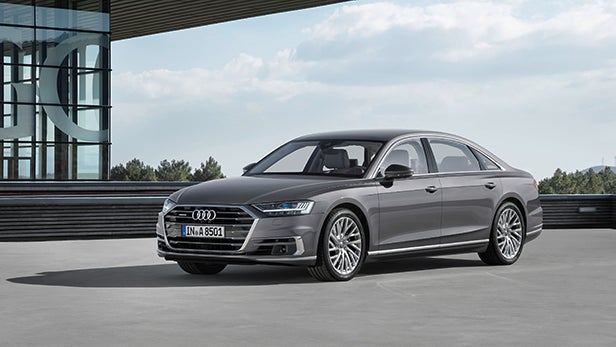 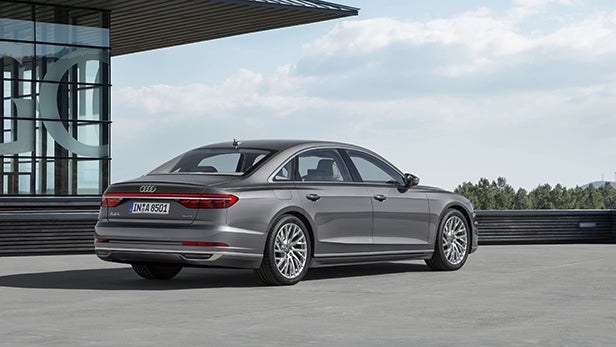 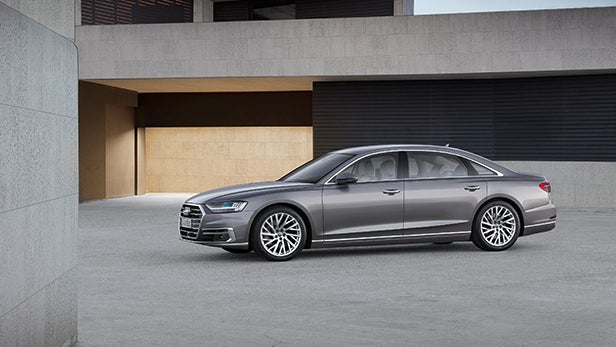 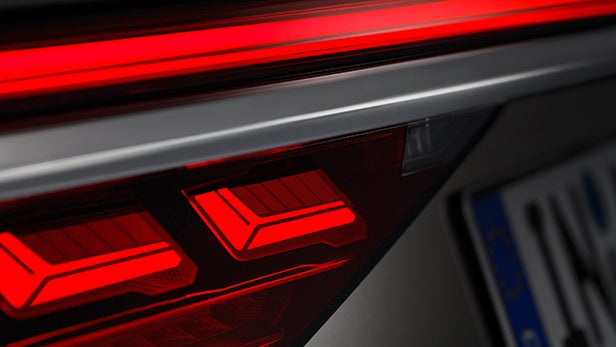 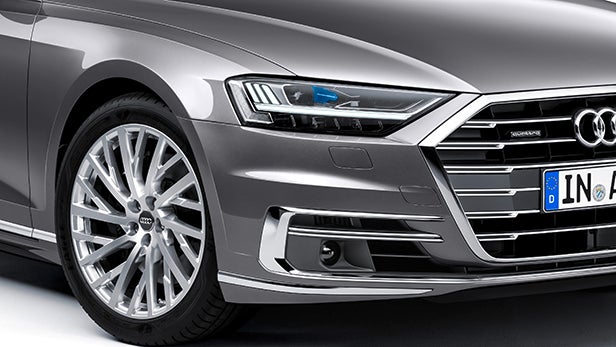 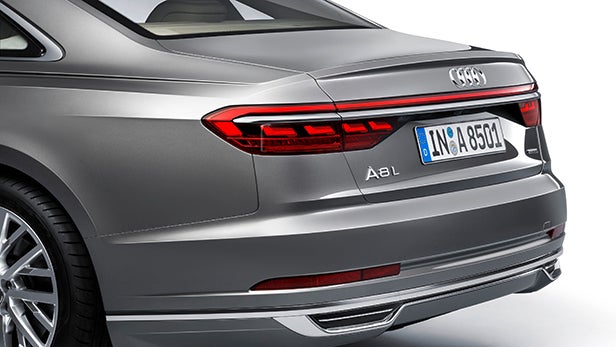 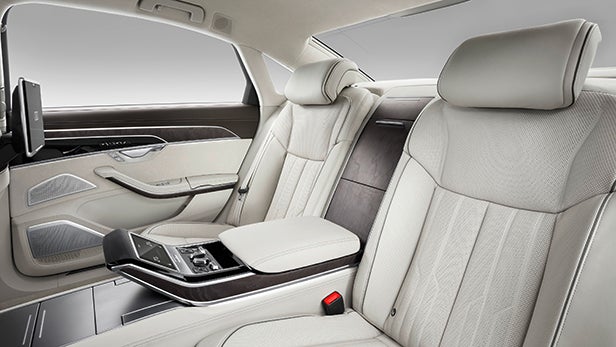 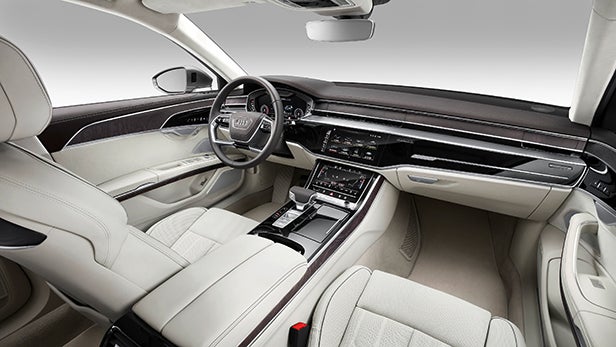 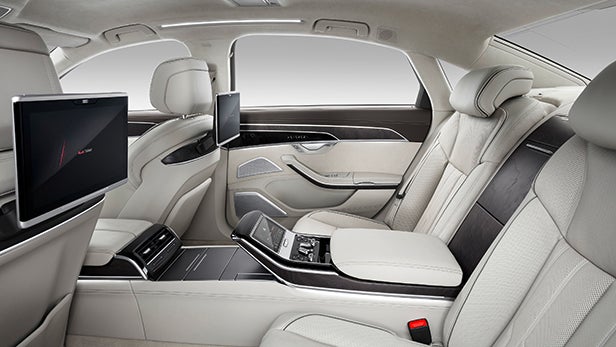 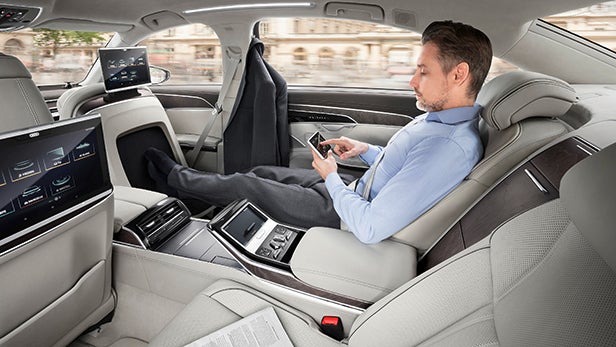 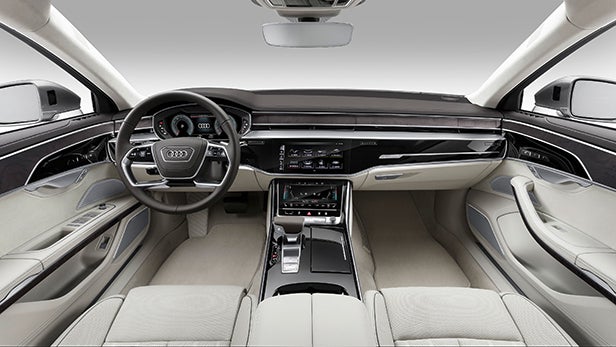 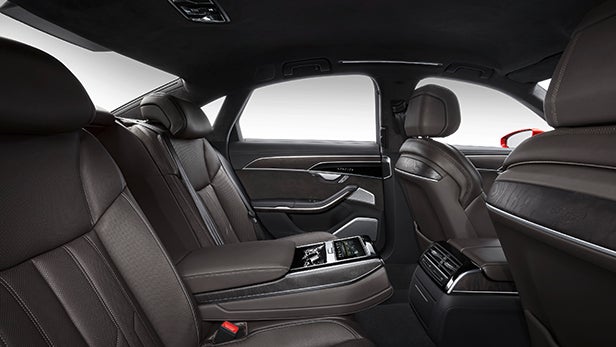 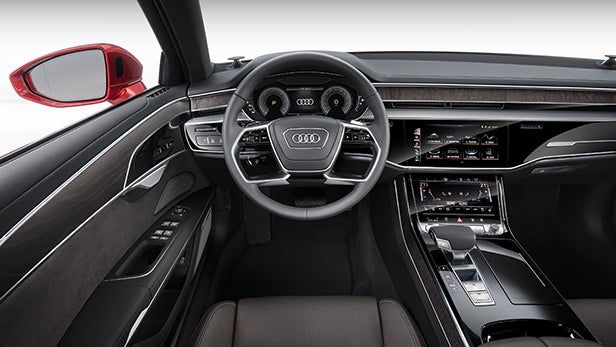 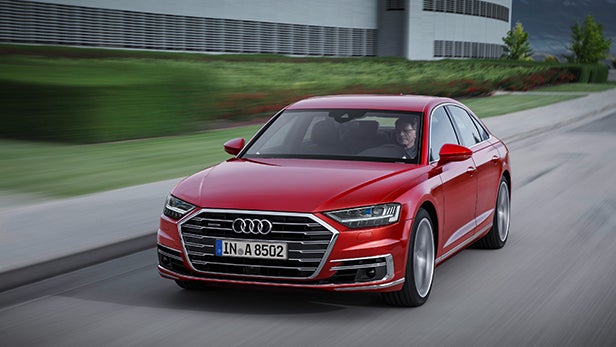 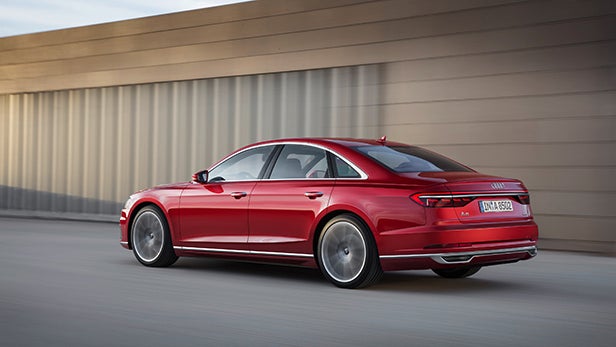 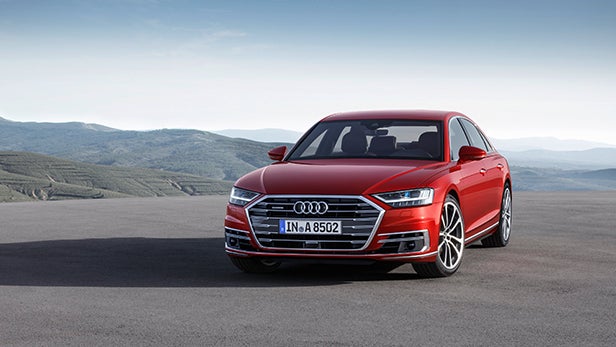 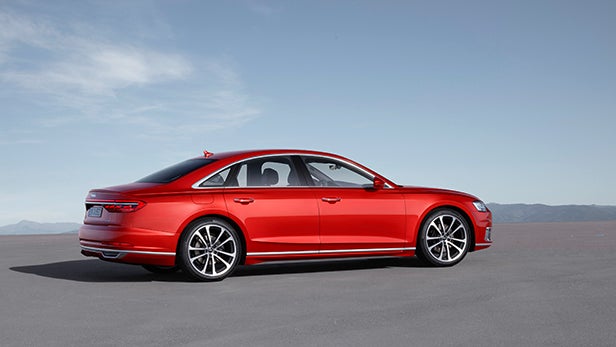 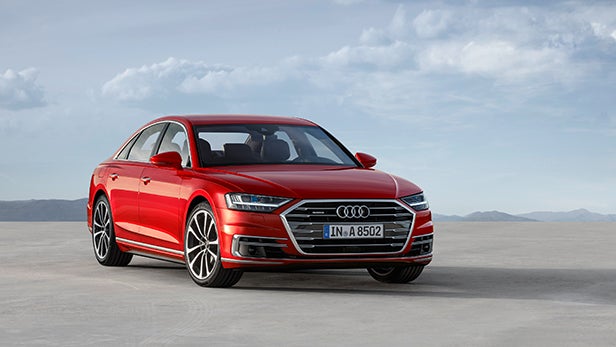 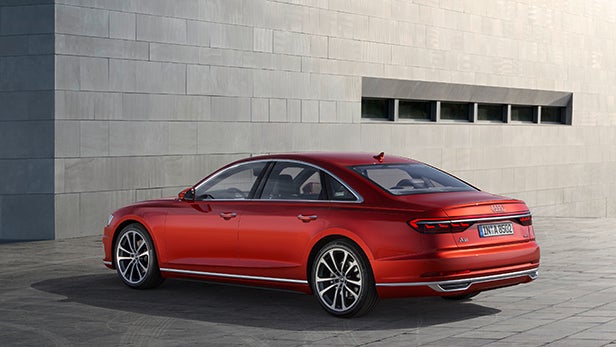