We were under the impression a new Apple TV box was on its way in 2020, but Apple has announced a small update to the unit due to arrive in second half of May.

In true Apple style, the company snuck an update of its Apple TV 4K box into the Spring Loaded event. Read on for all the details about the latest Apple TV 4K box.

When will the new Apple TV 4K box be released?

The new Apple TV 4K box will go on sale in the second half of May. It’s been a while since we last saw a new Apple TV player, with the previous model launching in 2017. You can order the new box from April 30. 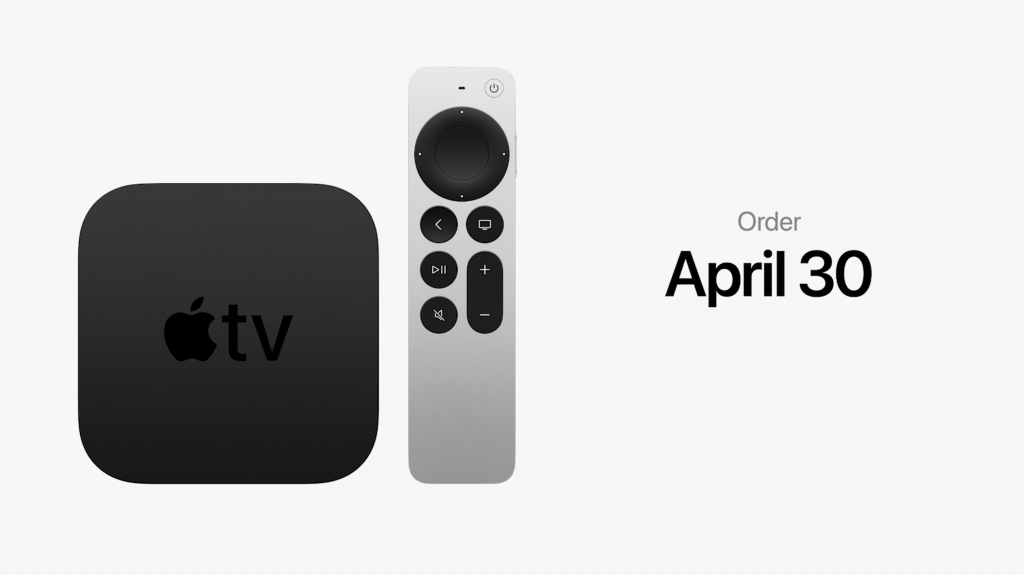 How much does the new Apple TV 4K cost? 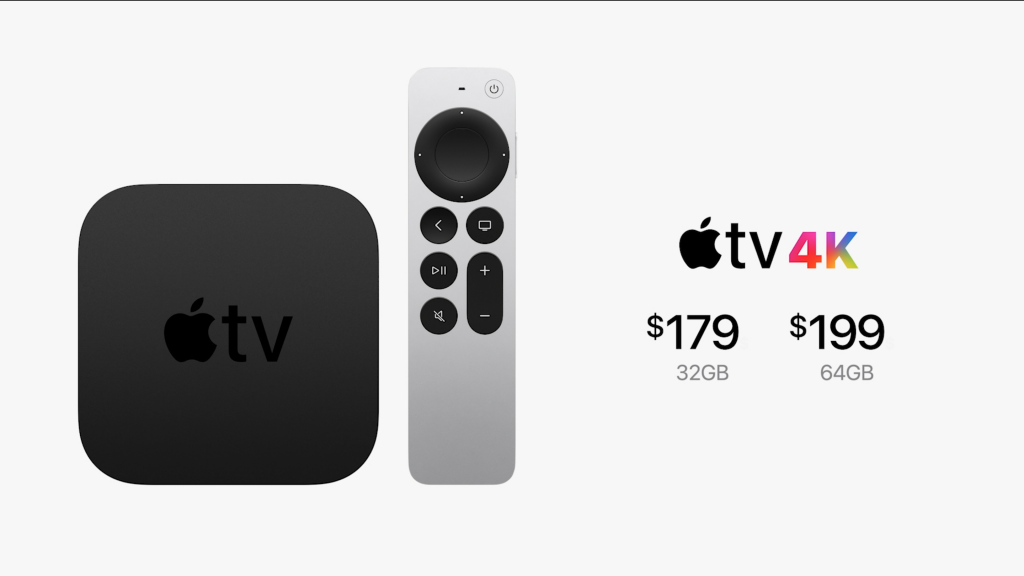 While we didn’t get much of a glimpse of the new Apple TV box, from what we did see during the Spring Loaded stream, the physical design looks the same.

Rumours ahead of the event mentioned that a new remote was in the works, and we did indeed see an update to it. The new Siri remote is a one-piece effort crafted out of aluminium. It bears a contrasting design to make it easier to determine the buttons, while the clip pad has been improved for a more intuitive response. The unit is also now touch-enabled.

New for the remote is the ability to control the volume and power of the TV, while the Siri button is located on the side of the remote. What features will the new Apple TV box 2021 have?

The current box packs a powerful A10X chipset, but the new box will get the A12 Bionic processor. Unfortunately, speculation that there would be 64GB and 128GB versions did not come to pass.

There was some movement in terms of HDR support. HDR10 and Dolby Vision continue to be supported, but Apple also announced support for HDR HFR (High Frame Rate) at 60 frames per second. Given that a number of  broadcasters have started to broadcast in HDR HFR, this is a good move. There was no word during the stream on whether HLG support is baked into the new box.

Also revealed in the presentation was the fact that the Apple TV 4K box will be able to calibrate your TV display. It seems to only work with an iPhone, but the new streaming player’s Colour Balance feature aims to improve TV picture quality by using the sensors in an iPhone to measure/analyse the display, then send the information to the Apple TV 4K, which adapts the image to make improvements to colour and contrast. 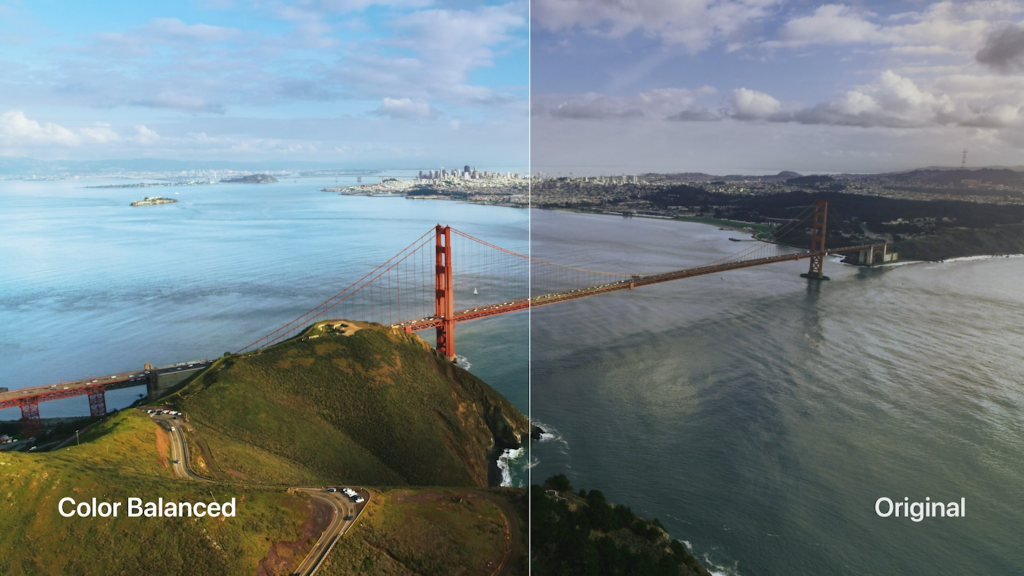 This joins existing features on the Apple TV box, with multi-user capabilities expanded to include Apple Arcade and instant resumption so players can pick up from where they left off. Gamers can switch between users through Control Center, and that’s where info about game progress, Game Center achievements, leaderboards and friends can be found.

The Apple TV platform also offers support for Xbox controllers in the Xbox Elite 2 and Adaptive controller. There’s support for YouTube 4K, too, and Picture-in-Picture (PIP) is available across the Apple TV system, supported by AirPlay, which can stream in 4K.

Other features in the 2020 tvOS 14 include access to HomeKit-enabled video cameras and accessories through Siri or Control Center. If an owner has a smart home set-up then they can receive doorbell notifications on the big screen, which will show live feeds of who is at the door. 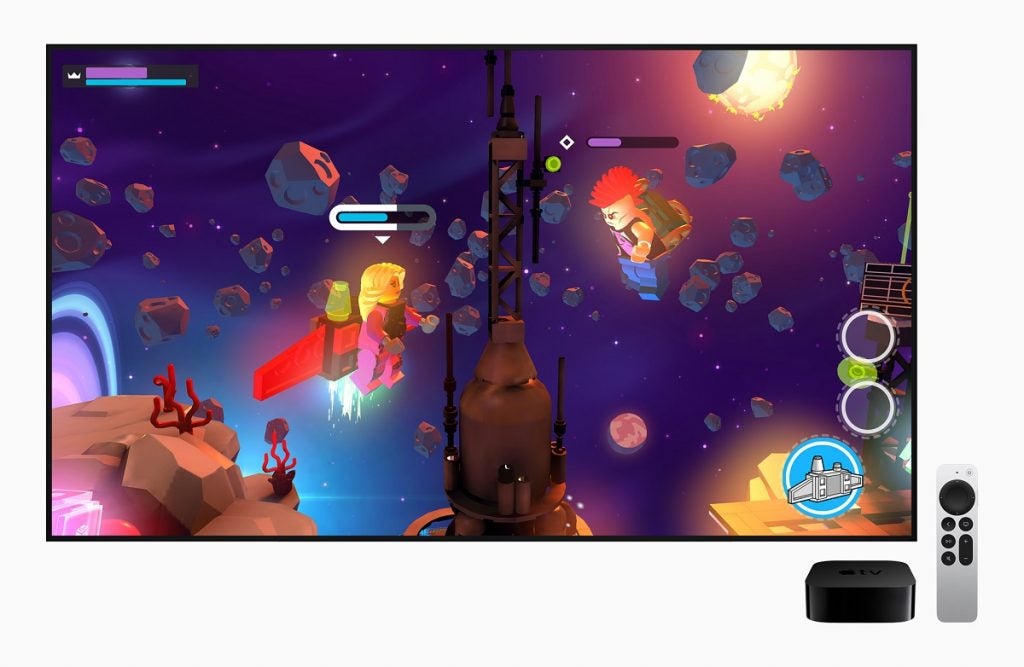 What features weren’t mentioned for the new Apple TV 4K?

We didn’t hear anything about 120Hz video support. That leaves us wondering whether the new Apple TV 4K will support HDMI 2.1 out of the box. There was also no mention of the new Siri remote having the ‘Find My’ feature during the stream.

Apple has announced a new Apple TV 4K box – but the announcement felt like it was minor update.

Most disappointing was the lack of movement in terms of price and storage. The new box is similar to the previous model in terms of price £169 for the 32GB version, and £189 for the 64GB version – £10 less than before. Compared to the likes of Chromecast with Google TV, Fire TV 4K and Roku’s streaming players, the new box maintains its premium price but, again, misses out on the opportunity to tempt a wider audience into the Apple ecosystem. The company will point to the vast breadth of the Apple TV’s features as justification for the higher price – but it will likely mean the Apple TV remains a niche offering.

An increase in storage capacity would have been welcome – say, if the company had introduced a 64GB and 128GB for the same prices – making the Apple TV box more interesting for Apple Arcade. Instead, it feels as though Apple has missed the option to become a one-stop box beneath your TV. Rather than the big update we were hoping for, this feels a little like Apple kicking the can further down the road still.