It’s no stretch to call 2016 the year of virtual reality, but there’s still a dearth of content.

Netflix has finally revealed interest in virtual reality programming during a briefing with TrustedReviews at Mobile World Congress 2016.

Speaking at the company’s rented hilltop villa in Barcelona, Netflix’s Chris Jaffe, VP of Product Innovation, told us his team is looking into 360-degree video for the platform.

“Right now, with virtual reality, we think virtual reality has a great place in gaming,” Jaffe said, “and we’ve very interested in where it could go in storytelling.”

“We’re tracking where that goes,” he adds. 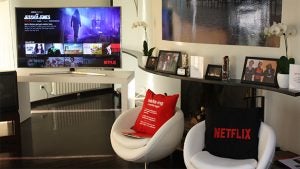 Netflix has already shown some interest in the space with last year’s launch of a Samsung Gear VR Netflix app.

The software simulates a virtual living room that you’re supposed to sit it and watch Netflix on a virtual screen.

“We launched in September or October last year something for the Samsung Oculus Gear experience,” Jaffe explained. “You actually have this kind of app being rendered inside a 360 experience.” 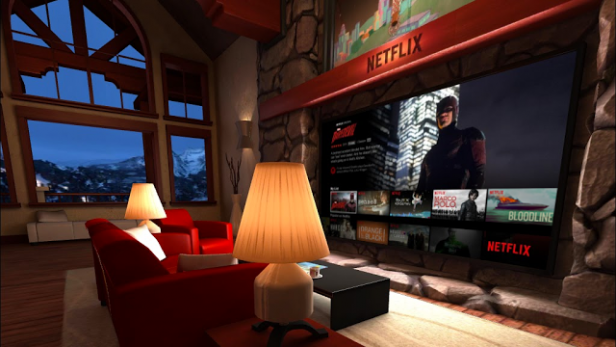 If Netflix does eventually offer actual 360-degree content, it would signal full commitment to virtual reality as a platform.

Would you like to watch 360-degree Netflix TV shows with a VR headset? Let us know in the comments.