Netflix has lifted the lid on a number of upcoming improvements to the way you use the service in a briefing with TrustedReviews at the Mobile World Congress 2016 tradeshow in Barcelona.

But with 75 million users to please, it’s a tough ask to make sure the firm gets it right for everyone.

Chris Jaffe, VP of Product Innovation, who is “responsible for everything you see on Netflix”, tells us that most of the major improvements Netflix rolls out are tested on 300,000 users before going live.

But what’s coming up in the pipeline for America’s internet streaming behemoth?

If you load up Netflix today and hover over a TV show, you’ll see a rotating carousal of images for that programme. But that’s about to change.

“You’ll start seeing video instead of the carousel of rotating images,” Jaffe reveals, adding that they’ve tested “various versions of the video” as well as “how long the video should be”. 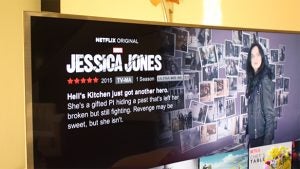 The Netflix Product lead tells us the company currently has a whole department of employees working on developing these short “trailers”.

The version of the app we saw had videos – with audio – that showed several brief scenes per programme, with each clip around five seconds long.

“ in terms of moving images and sound, and using them to make internet TV better,” Jaffe explains. “There’s an ingrained expectation that there’s going to be video and audio. We want to steal the best of that, but we want to bring that into the internet age.”

Jaffe says that while the product is in testing, the team “is very confident this is going to go out later this year”.

If you hadn’t noticed, Netflix is pumping out plenty of original content – the acclaimed Beasts of No Nation is evidence of the scheme’s success. 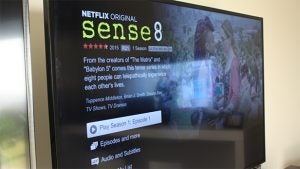 That’s a trend that’s not only going to continue, but increase at a significant rate, as Netflix tells us.

“We’ll launch more than 30 original series this year,” Jaffe tells us. “There’s be one new series every 10 days or so on the service, which is pretty crazy actually.”

He continues: “We’ll also premiere at least 10 original feature films on the service this year,” adding that the figure doesn’t even include upcoming original documentaries.

Most of us are under the thumb of egregious data caps when using Netflix on the go, but the company is planning to resolve that very soon. 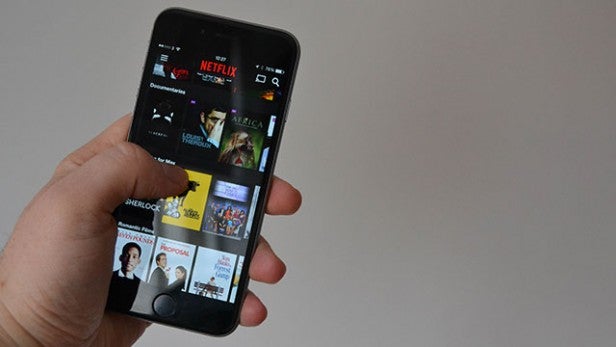 According to Jaffe, Netflix is gearing up to roll out “settings to more effectively manage your mobile data usage”.

We saw a preliminary version of the settings, which allow the user to decide whether or not to allow HD streaming. There’s also a new data-saving mode for lower bitrate videos, so you use less bandwidth.

Jaffe says that the update “will launch later this year for Android and iOS”.

Google’s Chromecast is a hugely popular streaming device, and Netflix wants to ensure its app offers a good experience on the service.

“We’ve always been very excited about Chromecast,” says Jaffe, who reveals a new feature that’s coming to the platform.

He tells us that Chromecast will soon offer up information on actors in the show you’re watching, via your mobile device. 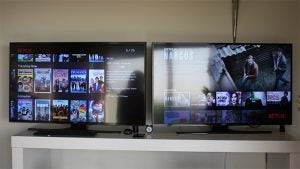 “You can see all of the actors in the show,” he adds, “in addition to which, you’ll get related titles”.

We’re not privy to a firm release date, but Jaffe says the feature will arrive “later this year”.

One of the best features on the TV and desktop versions of Netflix is autoplay, but it’s a perk sorely missed on mobile.

Fortunately, Netflix confirmed that you’ll automatically roll onto the next episode of a TV show you’re watching on iPhone starting today.

The update goes live at around 18:00 (GMT) according to Jaffe, and is intended “to make things really stupid simple, so now you can binge on your phone”.

Also included in the update is full support for Arabic language, which gels with the company’s recent global rollout.

Are you a Netflix subscriber? Tell us why – or why not – in the comments below.