Smart door locks promise a more secure way of managing entry to your home but not everyone is comfortable with the idea of going keyless. The Netatmo Smart Door Lock could be the answer, as this model uses smart NFC keys alongside a smartphone app to control the lock.

The Smart Door Lock is compatible with all Euro Cylinder doors and requires the existing cylinder with the one in the box. Netatmo ships this with multiple extensions to fit all door depths.

The lock consists of two components. Inside the house, you get the main box, which houses the batteries (Netatmo is quoting two-year battery life). This box also has a thumb turn for locking and unlocking the door from inside the home. This is quite a chunky unit that sticks out a long way at the back, so we imagine that it would make this lock hard to use with outward-opening doors. 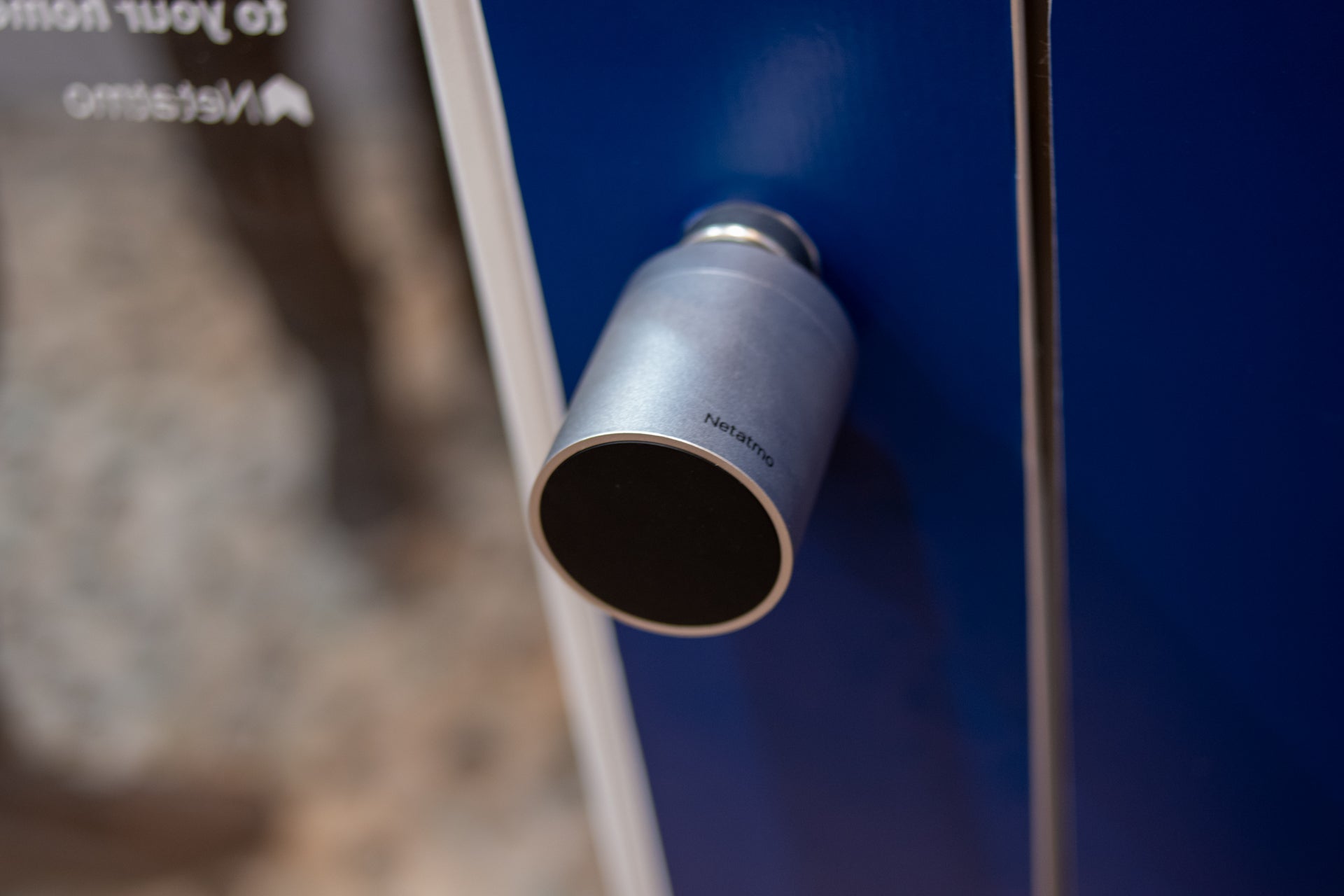 Outside, there’s a new cylinder that you insert the key into and use to unlock the Smart Lock in the conventional way. Every smart lock takes the same keys, but keys each have a unique NFC chip inside that lets them communicate with the lock. Only keys paired to the lock will operate the door. 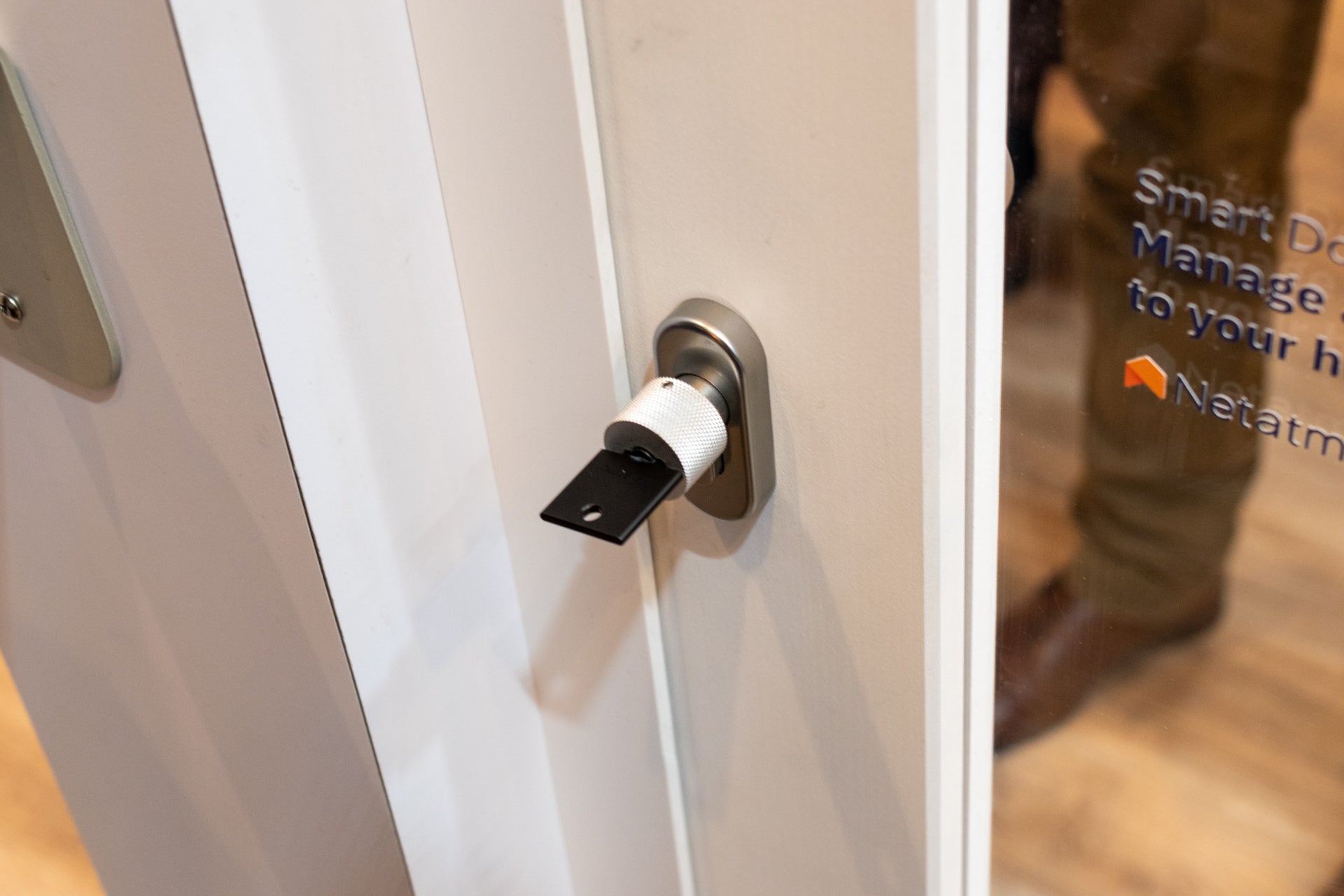 The advantage of this system is that you don’t have to get new keys cut, you can simply buy an additional one and pair it with your Smart Door Lock. Should you lose a key, then you can simply remove it from your system.

If you have multiple Netatmo Smart Door Locks, you can pair the same key to operate all of them, which is a nice touch.

Due to the way that the system works, keys will only operate the lock if there’s battery power. If the Door Lock runs out of battery power, you can temporarily use it by providing power through the USB port on the front.

As well as using keys, the lock and be managed and controlled through the Netatmo Security app. Smartphones communicate with the lock via Bluetooth, so the lock is not connected to the internet, nor does Netatmo sell a bridge to make internet connection possible. 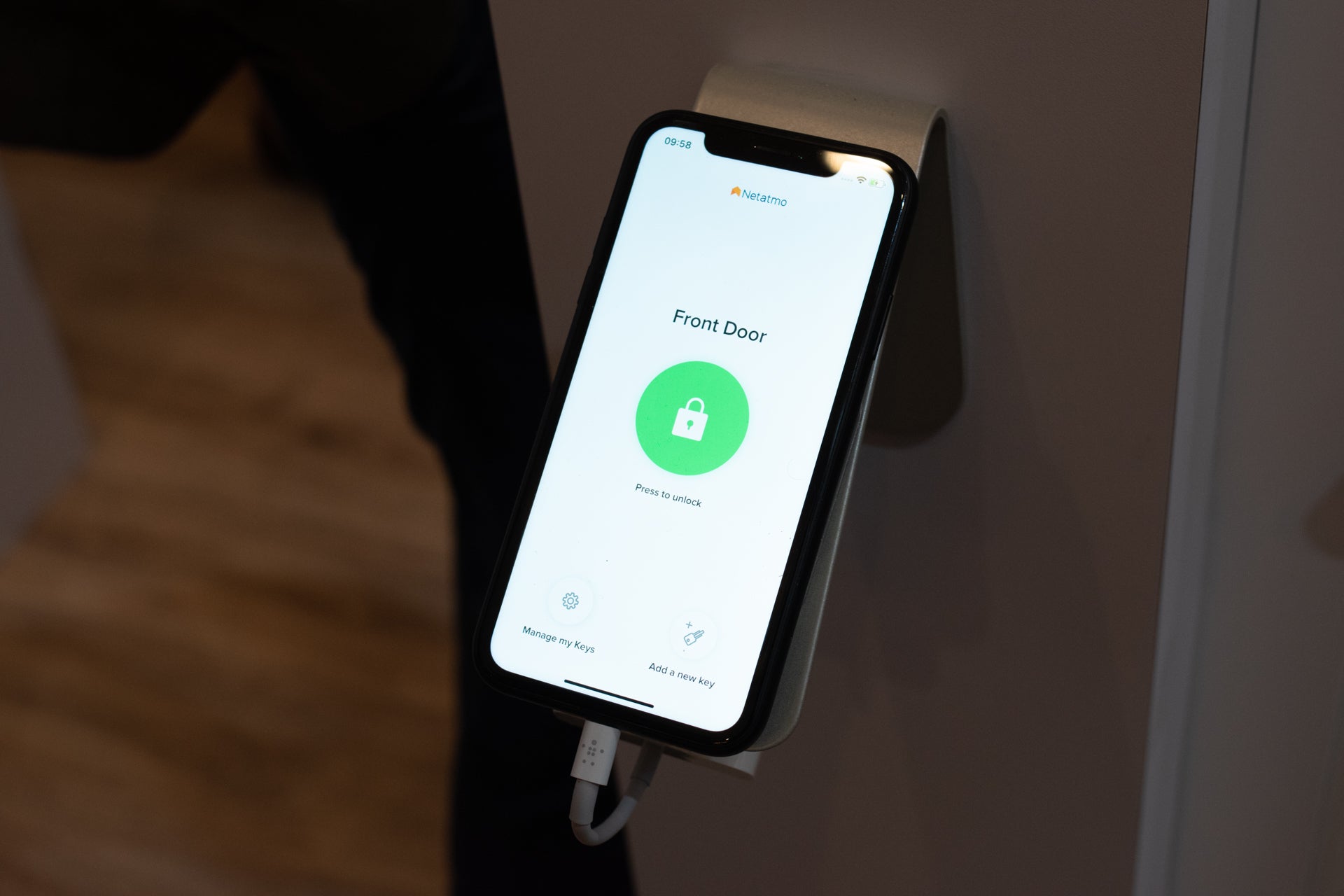 There is a possible workaround, though: Apple HomeKit support. If you have a HomePod or Apple TV within range of the lock, you should be able to use remote control. We’ve tested a similar set up with the Nuki Smart Lock 2.0. The other benefit of using HomeKit is that you can create Automations using the lock, say turning off your lights when you lock the door.

From the Security app, you can generate temporary virtual keys to share with other people. When received, they just have to download a lighter version of the Security app that gives them simple control over the Smart Lock.

We were told by Netatmo that the app lets you disable the internal thumb turn. While this may seem like a good security option to prevent someone from trying to operate your lock through a letterbox, disabling the thumb turn could make it hard to get out of your home in an emergency. Netatmo has said that the Smart Door Lock will start shipping by the end of the year and we are waiting for pricing information.