Mutant Year Zero: Road to Eden takes place on a planet where humanity is no more. Long eradicated from the world, humanoid animals have risen in their place with the ability of intelligent thought, teamwork and, perhaps most importantly: wielding deadly weapons.

Created by some of the original minds behind Payday and Hitman, Trusted Reviews has compiled everything you need to know about Mutant Year Zero: Road to Eden. Whether its news, gameplay, impressions trailers or more, we’ve got things covered.

Mutant Year Zero: Road to Eden is one of the most exciting games I played during Gamescom. It elevated the game from a title that I wasn’t particularly interested in, to one i’m eagerly anticipating ahead of its December release date.

Mutant Year Zero was originally a pen-and-paper RPG from Sweden that made real waves during the 80’s and made a splash around the world when it was translated. I’ve played it, I was a seven foot tall Rabbit with a fire axe that I’d use to batter folk with. My concerns were simple: how could any game recapture that same sort of feeling?

I’m guilty of not paying enough attention, because it’s not trying to be a roleplaying game. Instead,the developers at The Bearded Ladies Consulting are making a turn-based tactical strategy game, and it’s unforgiving, but great fun. XCOM is an obvious touchstone, but Road to Eden is actually far more brutal to play, and with a bigger focus on the individual development of your characters, and a narrative. 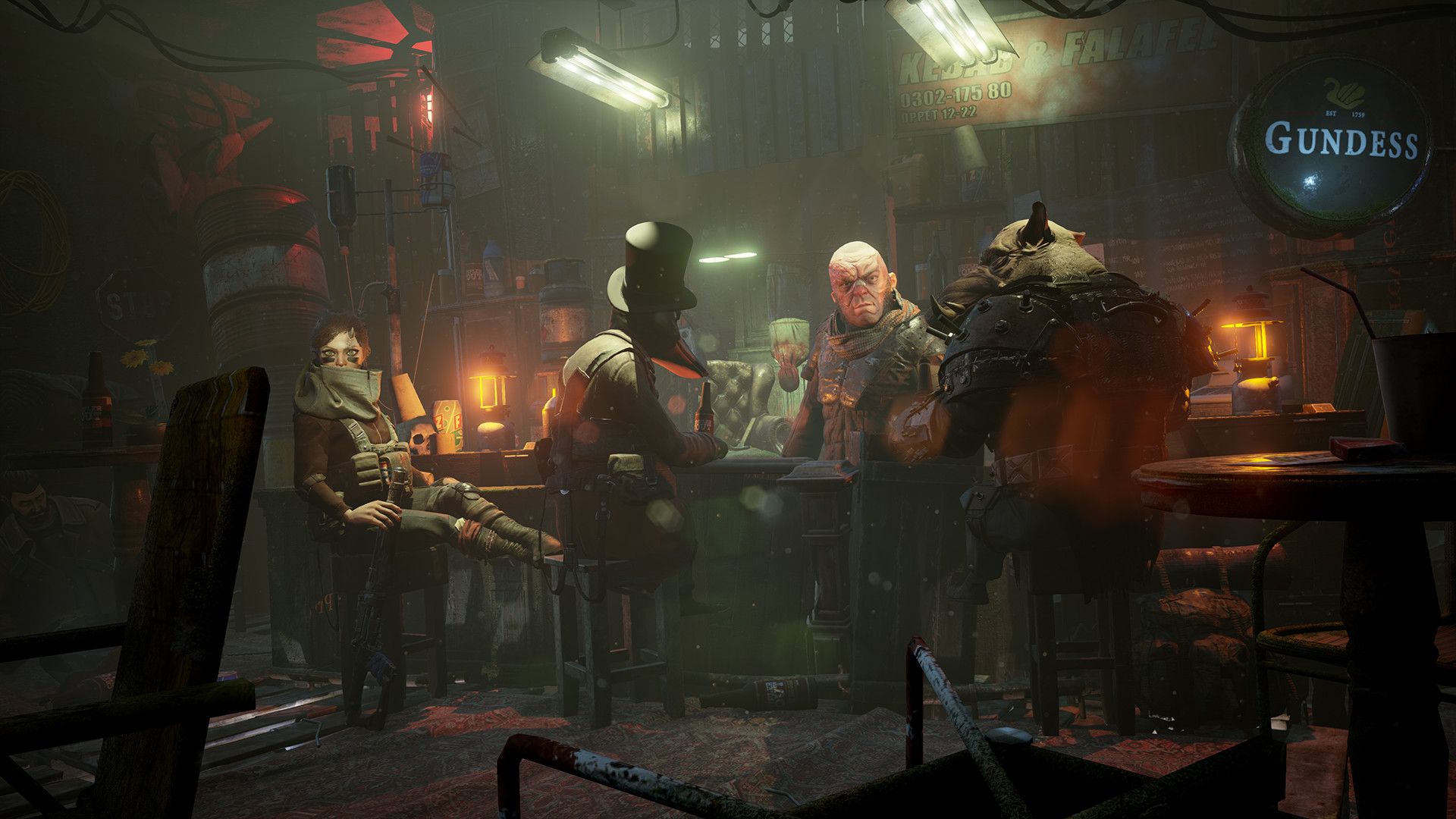 It’s also far bigger on exploration. When you’re out of combat, your party walks around in real time exploring the environment as you fiddle with your characters, read notes and engage in a spot of stealth. Stealth, which has always been a little awkward in turn-based strategy, is handled well here. Each enemy has a detection circle around them, if you step into this out of cover, they’ll spot you. Turn your flashlight on and you’ll move faster but enemies will have larger detection circles. Turn the flashlight off and you drop into a crouch, skulking around the place and able to put your characters into separate hiding places ready for an ambush, triggered with a tap of the space bar.

This system works nicely because often you’ll catch a lone sentry, easily dispatchable with a silenced headshot by ambush, before you encounter a bigger group, or you might hear people having a conversation before you encounter them. These sort of experiences work best in real-time, and picking the right moment to trigger your ambush can be invaluable, as long as you’re willing to accept that you could be rumbled and lose the element of surprise.

From there, it’s combat time. The key to combat in Mutant Year Zero is to take advantage of the unique possibilities opened up by your party of mutants, as the guns on offer are damaging enough but most of the tactical depth is tied around their special abilities. The party in the demo is made up of three adventurers:  Dux, a sharpshooter duck with a crossbow and giant moth-wings, the manpig Bormin, who charges into action and can both dish out and take damage with a few tweaks and finally regular human lady Selma, who accentuates her prowess with firearms with tree powers, including something that can hold enemies in place for you to splash them with AOE attacks. There’s a surprising amount of customisation in the demo, which started each character with several mutation points left to assign, and gave free reign over who you equipped with which item.

There’s some humour here. One chest in the world contained a fedora with lips and ‘kiss me quick’ scrawled on the side. The game lists this as a fertility crown, used by the ancients (that’s us) to attract a mate. It’s a dumb joke, but these moments of world-building, and the entertaining chatter between the team make it charming.

This charm is important because the combat is ruddy difficult, and so bringing the tempo down after a successful fight for you to loot and level-up is much appreciated.

Enemies seem to be as powerful as your characters, meaning it’s more a case of fighting with precision and quickly taking out big threats. I played on regular difficulty and was unable to finish the final fight of the demo encounter: here I had to fight a cult leader, several of his friends, and a sniper. The cult leader had electricity powers that punished us for getting too close, but he could also support his teammates with some abilities and packed a solid punch.

He destroyed my team three times in a row. I loved every second of it. Bring on December.

Mutant Year Zero: Road to Eden release date – when is it coming out?

The Bearded Ladies (that’s the developer) has confirmed that Mutant Year Zero: Road to Eden is coming to PS4, Xbox One and PC on December 4, 2018.

Mutant Year Zero: Road to Eden trailers – how does it look?

We’ve compiled all of the latest trailers for Mutant Year Zero: Road to Eden below: