MSI is pushing the boundaries of creative laptops with the new Creator 17 – a laptop sporting top-end specs and some killer new display tech.

On paper, the MSI Creator 17 looks like it will be a performance beast, aiming to give creative workstations such as the Razer Blade 15 Studio Edition and MacBook Pro 16 a run for their money.

The Creator 17 will come equipped with Intel’s latest and just-announced 10th Generation H-series processors. A chunky 82Wh battery will happily cope with this machine’s horsepower, which also comes packing up to 32GB of RAM and up to a 2TB SSD.

Much like the Razer and its Studio Edition machines, the MSI has adapted its usual gaming style for one more suitable for creatives. As such, the Creative 17 is neither big nor garish. Instead, MSI opts for a stylish and sleek a design as possible, given the beefy hardware crammed inside.

The display is sure to be an attention-grabber, too, with MSI being one of the first manufacturers to utilise new Mini-LED technology. MSI has pipped Apple to the post, which is itself rumoured to be bringing the new display technology to its devices in the coming years.

We’ll put the jaw-dropping specs to the test once we get our hands on a review unit – but, if it lives up to our initial perceptions, the MSI Creator 17 could end up at the very top of the performance pile. 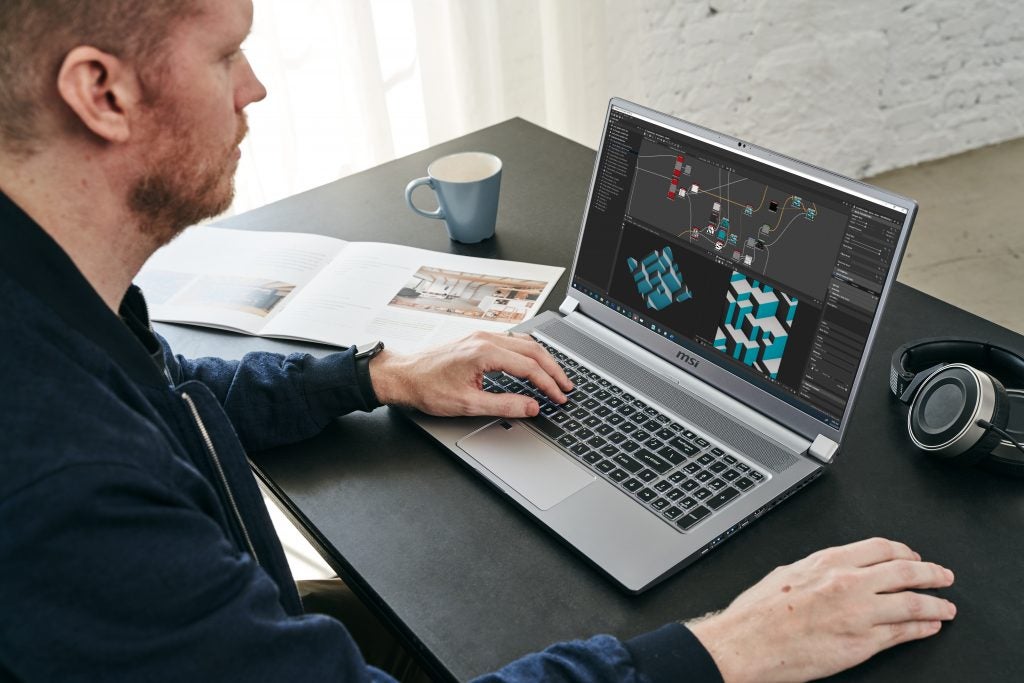 MSI Creator 17 release date – When will it launch?

An official UK release date for the MSI Creator 17 is yet to be announced. However, the company states we can expect to see the device in Q3 2020 (July-September).

MSI Creator 17 price – How much will it cost?

All models come packing one of Intel’s most powerful laptop processors: the Intel Core i7-10850H. The difference in the price of your chosen model will depend on the display, GPU, RAM and storage, of which more details can be seen in the spec table below.

As mentioned, UK pricing for the MSI Creator 17 is yet to be confirmed – but we’ll update the pricing details here once the information has been released.

MSI Creator 17 specs – How powerful is the Creator 17?

The specifications of the MSI Creator 17 are a sight to see, especially with regards to the two priciest models. These units offer 32GB of RAM, the new RTX 2070/2080 Super graphics cards, 1TB/2TB SSD storage and 4K 60Hz displays.

This doesn’t mean you should disregard the rest of the lineup, however – this laptop is a spec-wonder across the board.

Some may be put off by the weighty 2.3/2.4kg of the models – but, to be honest, it could be worse. Considering this laptop has a 17-inch screen, as well as that weight behind it, you’d be unlikely to want to move it much anyway.

Beyond its size, the MSI Creator 17 looks like a fairly unassuming laptop. It presents a simple design that won’t have onlookers recoiling from any flickering RGB lighting. Sporting only a solitary MSI logo, the lid of this device looks classy. The Creator 17 will happily look at home in any workplace.

The keyboard is possibly the only area in which MSI gives any sign of its heritage. Each key is italicised, and the backlighting of keys looks aggressive. We’ll have to see  a review unit in the flesh to provide more full judgement, but right now, I’m not a fan.

The Creator 17 is also touted as offering military-grade durability. The level of sturdiness will help protect this pricey laptop should it suffer any unwanted drops.

Being a 17-inch titan, you’d expect this laptop to have plenty of room for ports, and indeed it does. The laptop comes with 3 x USB-A 3.2, USB-C, Thunderbolt 3, Ethernet, microSD, mic-in, headphone-out and HDMI-out – which is a huge selection. Wi-Fi 6 is also onboard for those able to take advantage of the latest home network tech. 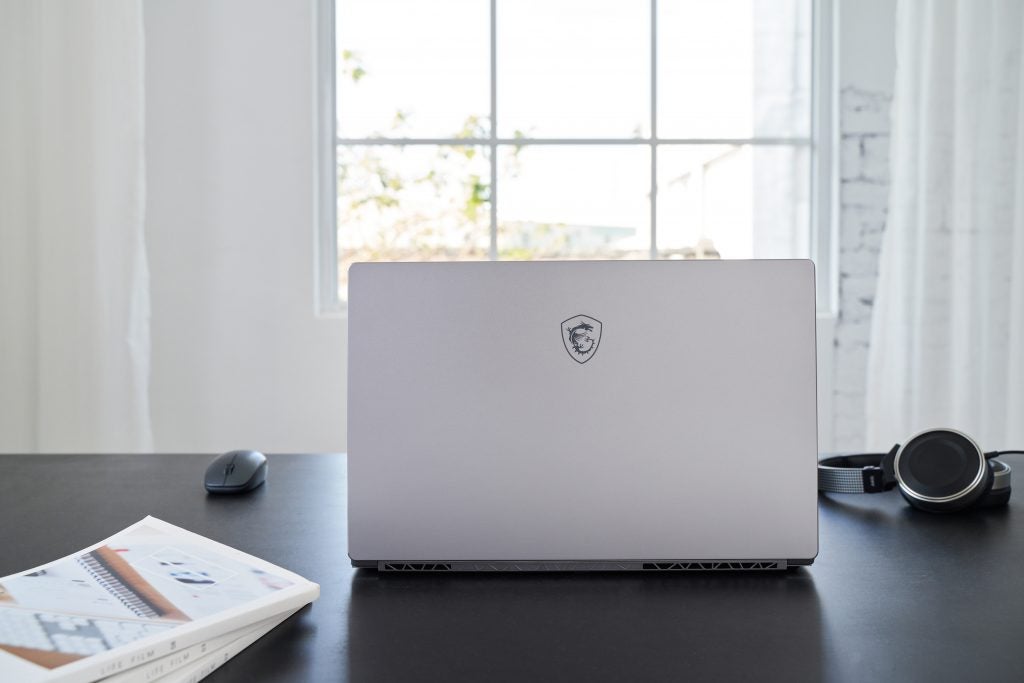 Until we get hands-on with the MSI Creator 17, we can’t verify the performance we’d expect from the impressive specs. The internals are likely to push the limits of the hardware, so benchmarking will definitely be required before we give our final verdict on this device’s performance capabilities.

The standout hardware comes courtesy of new processors and graphics cards from Intel and Nvidia respectively. The inclusion of Intel’s latest 10th-Gen H-series processors is a huge win for the MSI Creator 17; MSI claims these offer a 15% performance enhancement over the 9th-Gen equivalent.

In terms of the Nvidia GPUs, two models host the already released – yet still impressive – RTX 2060 and RTX 2070, while the higher-end devices feature new RTX 2070 Super and RTX 2080 Super cards. Although we’re yet to put those new laptop-ptimised Super cards through their paces, Nvidia touts an 11% performance boost between the regular RTX 2070 and the new RTX 2070 Super – giving us a taste of what to expect. 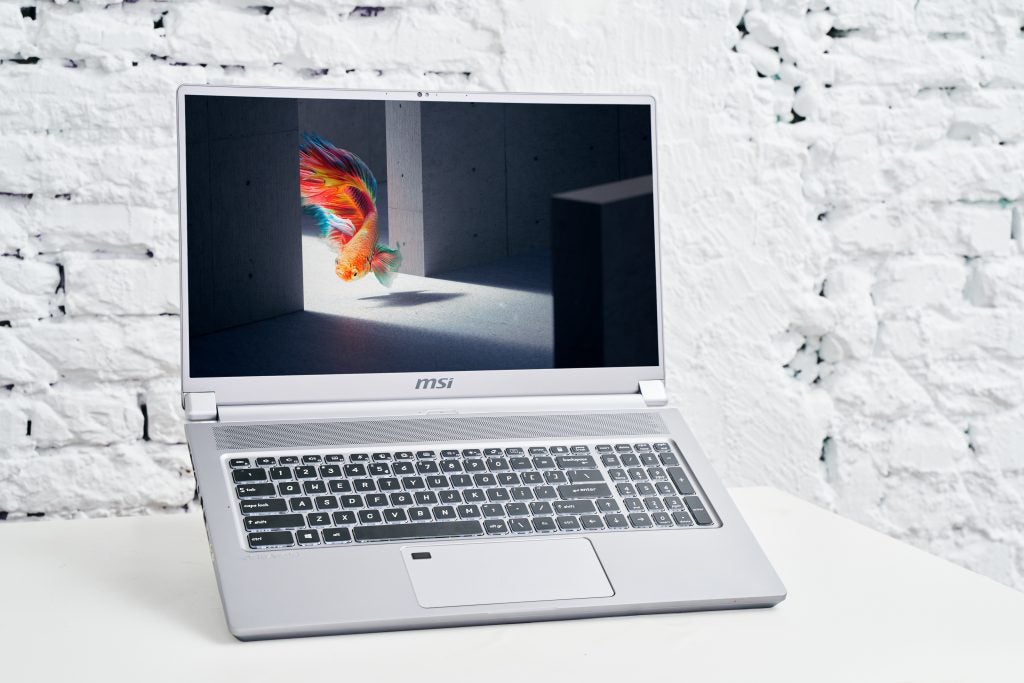 The MSI Creator 17 appears to cater to a wide audience with its display options, but the most eye-catching options are undoubtedly the creator-focused 4K models.

The 4K displays are particularly significant for the new Mini-LED technology. This display tech allows for a step up in panel specs – from 100% DCI-P3 colour gamut and 240 zone local dimming to 1000 nits of brightness. We’ll have to vet these specs ourselves come review time, but they’re truly fascinating figures, and a potential dream for creatives.

If you fancy the Creator 17 but want an experience more appropriate for competitive gaming then MSI offers a mammoth 300Hz 1080p display on the two cheaper models; the 300Hz refresh rate remains an impressive spec in its own right.