It hasn’t been the best year for modular phones, what with the somewhat disappointing LG G5 and Google shuttering its Project Ara.

But many have warmed to Motorola’s modular offering, the Moto Z, which can be augmented by attaching add-ons via magnets on the rear of the device.

We weren’t all that impressed with the phone’s battery life or lack of a headphone jack, but there’s been some promising developments that suggest the Moto Z could become a much more interesting device in the coming year.

Following news that Lenovo-owned Motorola is “likely” to introduce a new module that makes use of Google’s Project Tango augmented reality platform, other possible Moto Mods have been hinted at.

Speaking at a press event, John Touvannas, senior director of product management, said the company could introduce a new 5G mod for the smartphone, and possibly an E Ink add-on. 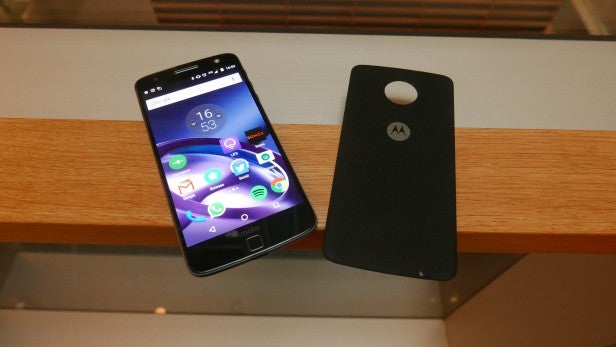 “Without having to wait for the next-gen phone that can bring the next technology or capability, we can get to that quicker through the mod,” he said (via PCMag).

A 5G mod certainly would be a useful add-on, allowing Moto Z owners to make use of the next mobile network standard without upgrading their handset.

Just what the E Ink display attachment could be remains unclear, though Touvannas also reportedly mentioned the possibility of a baby monitor module.

Of course, these are simply possibilities at this point, and none of the mods mentioned by the senior director have been confirmed.

But it does show that Motorola is intent upon seeing this modular thing through, with new confirmed mods launching soon, including a 3,000mAh Mophie battery pack which is now available in the US and an Incipio car dock with charging capabilities.

There are five original mods for the Moto Z, including batteries, a projector, a camera, and a speaker add-on that comes with a stand.

We’re expecting to hear more about upcoming Moto Mods at CES 2017 so stay tuned for the latest.

WATCH: Moto G and G Plus

Let us know what you think of Motorola’s mod plans in the comments.