Motorola has released its most ambitious handsets yet in the form of the Motorola Edge Plus and Edge, two flagship-rivalling devices. But which one is the best fit for you? Here we put the two head-to-head.

Motorola is typically best-known for its well-priced mid-range devices, but with its latest smartphones, it has definitively entered the flagship arena thanks to powerful processors and high screen specs.

But when it comes to choosing between them, which one should you go for? We’ve broken down the two options according to a few key factors such as cameras, screen, and performance.

This first category is straightforward: despite the name ‘Plus’, both of these devices have screens of the exact same size and specifications, so there’s nothing to choose from between the two.

That means that both devices have a 6.7-inch display with a 21:9 aspect ratio. Inspiring the handsets’ name, the screen wraps around the edges at a nearly 90-degree angle, giving similar curvature to other previous premium flagships such as the Samsung Galaxy S10 and the Huawei Mate 30 Pro. 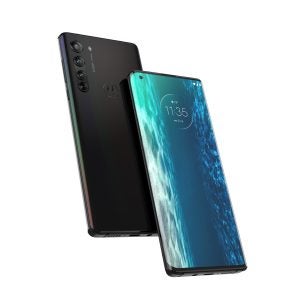 Image quality is enhanced thanks to HDR 10+ support, and the scrolling should be significantly smoother thanks to a 90Hz refresh rate that matches the likes of the Google Pixel 4.

On the battery there’s a clear difference in favour of the Plus variant: The Motorola Edge Plus rocks a battery of 5000mAh, while the standard Edge has a smaller 4500mAh capacity.

Both specifications seem to be fairly generous provisions for endurance, but bear in mind the need for that extra energy given that the two smartphones both use demanding 5G connectivity, on top of running a large screen with that draining 90Hz technology. The Edge Plus’ battery might give you the extra endurance you need if you’re a power user who wants to see their smartphone last through a busy day.

Both of these devices boast 5G connectivity, and they’re the very first from Motorola to do so. However, the Edge Plus packs a lot more power thanks to Qualcomm’s top-flight processor, the Snapdragon 865, which is used by the likes of the OnePlus 8 Pro. In comparison, the Edge has a slightly lower-rated Snapdragon 765 – but that should still give you plenty of power to run most Play Store apps, including demanding games. 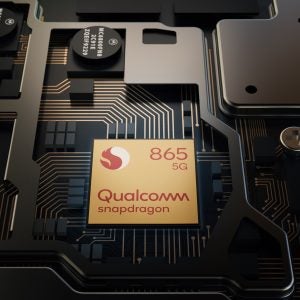 So while both devices should deliver a good performance, there’s a clear advantage in favour of the Edge Plus.

The camera is where more major differences between the two devices come into play.

The Edge Plus leads with a 108-megapixel camera, matching that of the Xiaomi Mi Note 10 and the Samsung Galaxy S20 Ultra. It’s the highest-resolution mobile camera sensor currently available on the market, but ear in mind that that doesn’t necessarily mean it’s the best. Along with that headline-grabbing snapper, the Edge Plus also offers an 8-megapixel telephoto sensor and a 16-megapixel ultrawide lens for versatility. 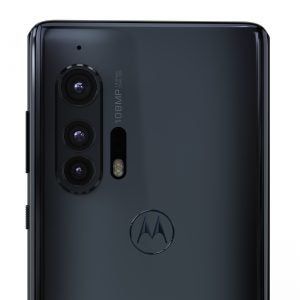 The Edge, by comparison, has a 64-megapixel sensor as its leading wide-angle option but seems to share the other two sensors in common with its more premium sibling.

From what we know so far, the Edge Plus does seem to come out on top, which is hardly surprising as it’s designated to be the premium option of the two. But the differences aren’t all that vast; the chipset is a slight downgrade, and the main camera resolution isn’t as high, but these factors are unlikely to be dealbreakers. The 500mAh difference in battery capacity could prove to be more worrisome, but you’ll have to wait for our full reviews for the final verdict.

Ultimately the choice will come down to pricing between the two. While it has been announced that the Motorola Edge Plus will cost $999.99 in the US and €1200 in Europe (~£1055), which seems very steep, the prices for the Edge are still to come. If it’s a significant step-down, it may yet prove to be the better bargain.