What appears to be a press render for the Motorola Edge Plus has surfaced, and it looks as though the expected flagship phone will feature a curved waterfall display and hole punch front camera.

According to the sources – Steve Hemmerstoffer aka OnLeaks and Indian tech blog Pricebaba – the Motorola Edge Plus’s curved FHD+ (2160 x 1080) display will measure between 6.5 and 6.8-inches, boast a 90Hz refresh rate and feature an in-display fingerprint sensor.

Under the hood, we can expect to see a Qualcomm Snapdragon 865 processor running the show. If that’s true, then the Motorola Edge Plus should be able to make use of 5G mobile services and gigabit Wi-Fi, and give us slow motion 960fps video recording, HDR gaming, and Qualcomm Quick Charge 4. 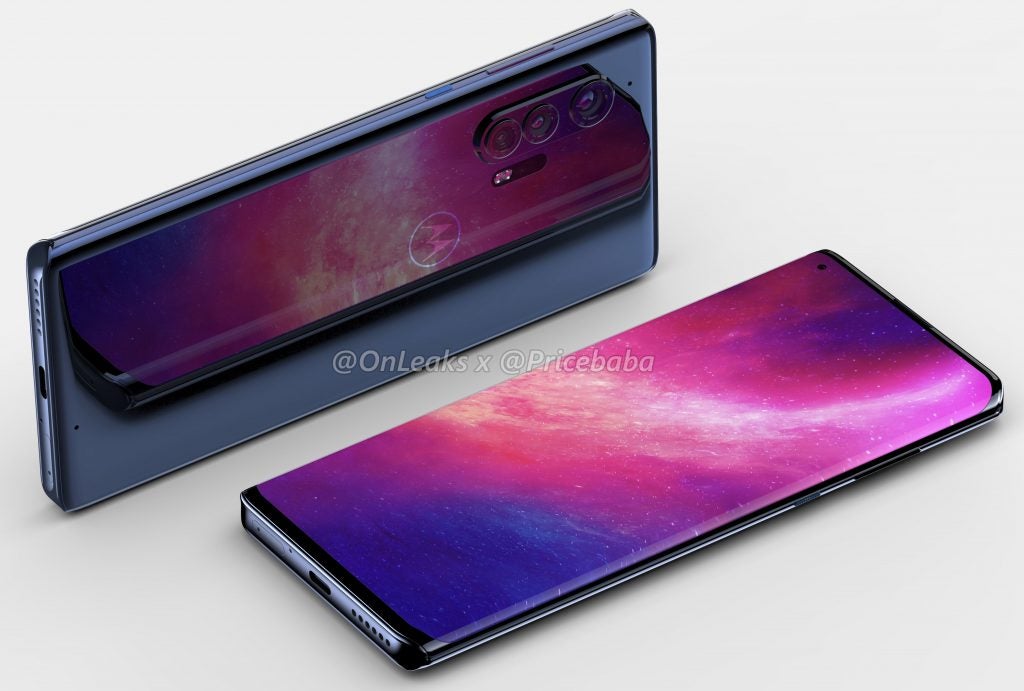 That’s just as well, because the Motorola Edge Plus is rumoured to come with a 5170mAh battery – that’s even bigger than the not-inconsiderable 5000mAh cell of the Samsung Galaxy S20 Ultra, and much larger than the Apple iPhone 11 Pro’s 3046mAh battery. Of course, this does not mean the Motorola Edge Plus will necessarily boast better battery performance – and if you don’t show that battery some TLC in the form of regular shallow charges, then you won’t get as much bang for your buck, long term.

Memory-wise, the leakers also say that the Motorola Edge Plus will come 8GB or 12GB of RAM, but make no mention of internal storage, nor is it entirely clear if the phone’s ejectable SIM tray will feature a microSD slot. We would hope that the Edge Plus would at least match the 512GB of the Galaxy S20 Ultra – or if it doesn’t at least give us the ability to expand storage with a microSD card. 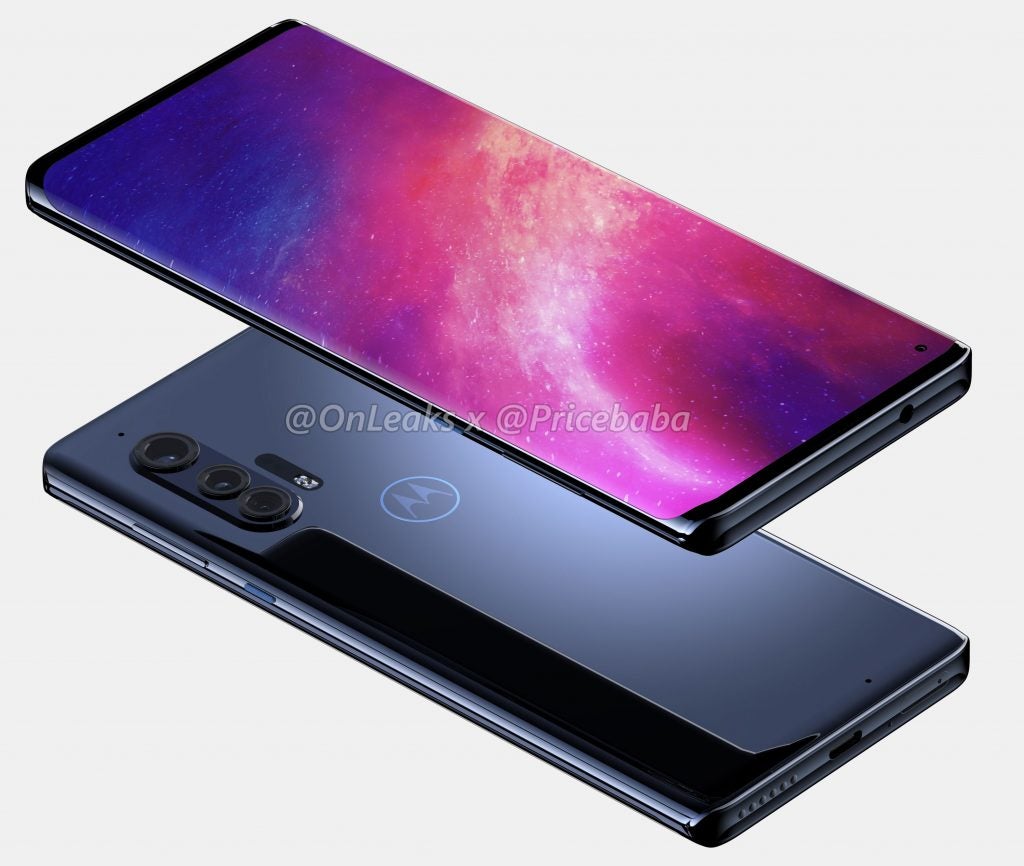 As with any ‘leak’ of this nature, it’s wise to season these specs with a generous helping of sodium chloride, but for what it’s worth, a previous Moto Edge Plus leak from Evan Blass mentioned both a hole punch camera and a triple-lens main camera module – we can see both in the OnLeaks and Pricebaba renders here – so perhaps there’s something in this after all.

The Motorola Edge Plus is apparently due to launch on Verizon in the U.S. later this year, but we’ve heard no rumours about a UK release so far, or indeed prices. Given that recent budget-conscious phones like the Motorola Action One and the Motorola G8 Plus have been priced at around the £200 mark, we can expect the Motorola Edge, an all-singing, all-dancing flagship, to cost significantly more – most likely in the region of £1000.

In the meantime, feast your eyes on the video below, to get a better idea of what a real Motorola Edge Plus might look like.