Motorola’s gone down the unusual route of replacing the 2014 Moto X up with a pair of new handsets: the Moto X Style and Moto X Play.

Both are 4G-enabled Android smartphones, which were unveiled alongside the latest version of the Moto G, though the Style shapes up as the company’s new flagship. So what exactly sets it apart from the Play? We’ve broken down the key differences. 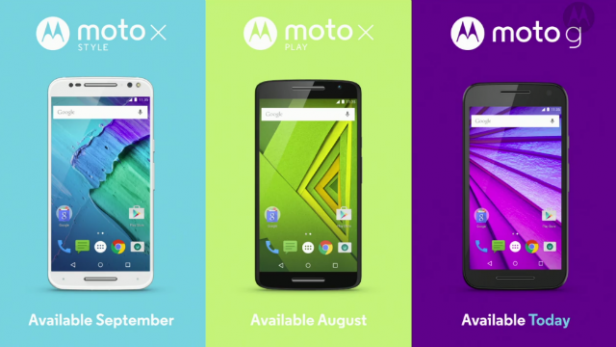 Whether you like it or not, smartphones are continuing to swell and swell and swell. Motorola’s decided to go along with the trend, and its new flagship sits deep in phablet territory. The Moto X Style features a generous 5.7-inch QHD display, which matches that of the Samsung Galaxy Note 4. Unlike Samsung’s beast, the Style comes without a stylus.

Being so large, it’s almost guaranteed to split opinion among consumers, though we have no complaints about its clarity. The Style has an impressive pixel density of 515ppi, making it ideal for watching movies and playing games on.

The Moto X Play, meanwhile, opts for a slightly more modest 5.5-inch screen. While it’ll be friendlier on your hands, it’s not quite as visually-stunning, since it’s only a Full HD panel. Pixel density here stands at 401ppi, but that’s nothing to be sniffed at. After all, the iPhone 6’s 326ppi is considered to be sharp enough for most. 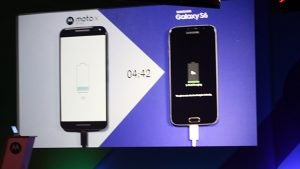 The Style and Play are two different-sized handsets, so it’s only natural that they should be fitted with non-matching batteries. However, it isn’t what you think – the smaller ‘Play’ has larger battery. Yes, you did read that correctly.

Motorola’s packed a 3,630mAh battery into the smaller Play, while equipping the Style with a 3,000mAh engine. It’s an unexpected move, and should result in the Play having vastly superior battery life, especially when you consider that it uses a less-demanding screen, too.

Official figures claim the Moto X will power through 48 hours off a single charge, which should comfortably see you through two days of use. The Style, meanwhile, is said to keep going for 30 hours of mixed use. However, we’ll be sure to put these claims to the test.

Both handsets are TurboPower-compatible, meaning you should be able to get decent life from a short stint at the power socket. According to Motorola, a 15-minute charge should replenish 34% of a dead Style’s battery, while the same amount of time at the charger will provide the Play with up to 8 hours of life. 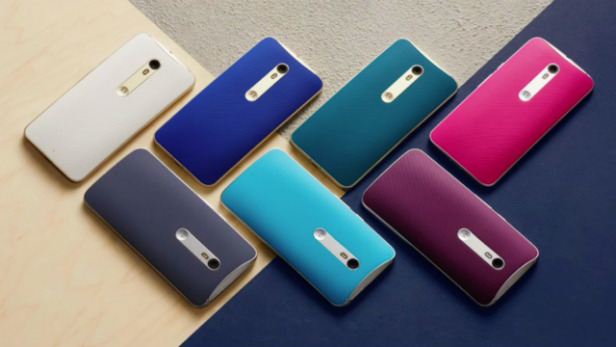 Like Samsung and LG before it, Motorola has steered well clear of Qualcomm’s Snapdragon 810 processor, which has been plagued by reports of overheating issues. Instead, the Style runs on the 1.8GHz hexa-core Snapdragon 808 paired with 3GB of RAM.

It’s the same configuration running the LG G4, and our experiences with it have been very positive indeed. It’s not quite as quick as the 810, but is still more than powerful enough to handle 3D games. Crucially, it doesn’t get unbearably hot either.

The Play uses the combination of a 1.7GHz octa-core Snapdragon 615 processor and 2GB of RAM. It’s a significantly less powerful setup, which you can also find inside the mid-range Oppo R5 and Alcatel OneTouch Idol 3.

We’d expect the Moto X Play to blitz through basic duties, but how it copes with multi-tasking and complex 3D games remains to be seen. 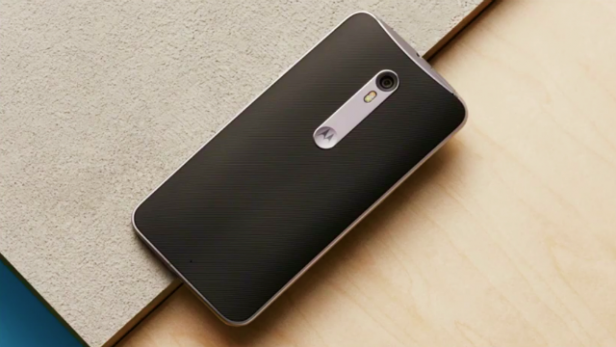 Motorola’s made a big song and dance over its new phones’ photography credentials, guaranteeing that they’re ‘best in class’. We’ll see about that. Both phones feature a 21-megapixel f/2.0 rear sensor and 5-megapixel front-facing camera, but there are a few subtle differences to make note of.

First and foremost, the Style’s wide-angle selfie camera comes alongside a front-facing flash, à la the HTC Desire Eye. It should improve low-light vanity shots and ensure you squeeze more people into your selfies, regardless of how much they may protest. The Play’s selfie sensor hasn’t received such boons. 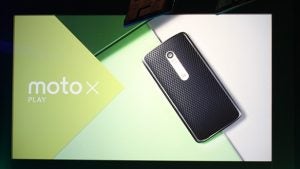 While the Moto X Style is offered in three different storage options, you only have the pick of two with the Play. The former is available in 16GB, 32GB and 64GB variants, with the latter overlooking the largest capacity, offering only 16GB and 32GB instead.

Fortunately, this shouldn’t pose any problems for you. Both handsets are equipped with a microSD card slot, which will allow you to boost internal storage by up to 128GB. If you want to go down the free route instead, take a look at our breakdown of the best cloud storage services.