The Moto X camera UI has cropped up online, showing an all new interface that focuses on gestures and user friendly controls.

With just over a week to go before the official Moto X unveiling, the Motorola flagship’s camera UI has leaked online, revealing several of its gesture controls.

Completely different from any previous Motorola devices and the camera apps featured in vanilla Android 4.2, the Moto X will seemingly introduce an all new camera UI that has a huge focus on gesture controls.

To access the camera settings menu, users just have to swipe in from the left. This menu offers up panorama, flash, focus, HDR and a slow-mo video mode among others. It is presented in a wheel that users can spin around to access the various options.

Swiping in from the right hand side brings up the Moto X photo gallery.

Photographs can be taken within the camera app with a tap. One tap will focus and take a single shot, but if the user taps and holds down on the screen, it seems the Moto X will take multiple photographs until the user releases their finger.

Rumoured to pack a 10.5-megapixel camera in the rear, the Moto X could feature what’s called Clear Pixel technology. This is said to make “dark, blurry pics and lack of details” a thing of the past, but could potentially be just a marketing term to rival the UltraPixel camera tech in the HTC One.

The Moto X camera UI introduces a Quick Capture function that is accessed by quickly twisting the smartphone to launch the camera. This can be done from anywhere in the phone software or when the phone is in standby mode.

With a huge focus on voice controls, it seems the Moto X will always be listening out for voice command prompts.

Rogers claimed the Moto X is “ready to listen and respond” and also “learns your voice” the more the user interacts with it.

To access the Moto X various features the user simply has to say “Okay Google Now”, followed by the information they wish to gain from the smartphone.

The Moto X will be officially unveiled on August 1. 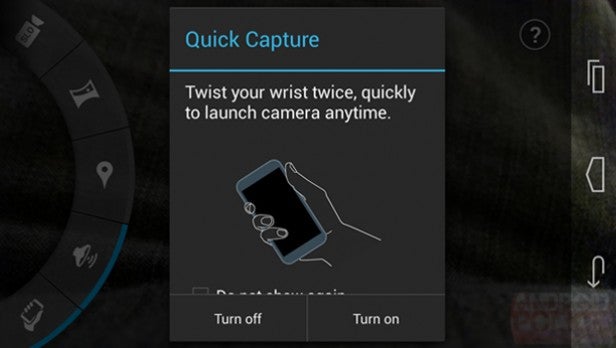 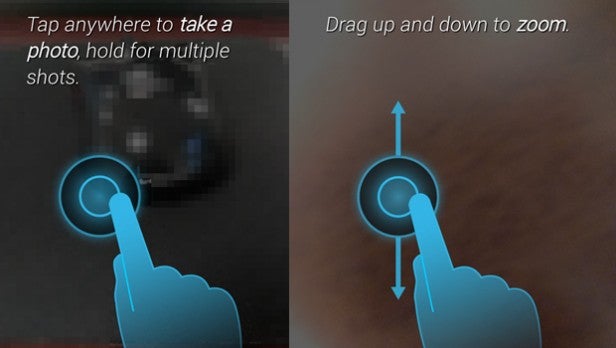