Moto G7 vs Moto G7 Plus – which of Motorola’s new top G-series is better?

Motorola’s G-series has established itself as the go-to name when it comes to affordable quality in the smartphone space. Each year we’re treated to another bevvy of low-cost Android-powered handsets that offer a decidedly refined hardware and software experience when compared to other budget offerings out there.

Recently, one big shift that’s threatened the G-series’ status has been the encroachment of Chinese brands looking to branch into Europe and beyond. The likes of Oppo and Xiaomi recently launched in the UK and with their arrival, the Moto G-series now faces a number of new competitors on store shelves. 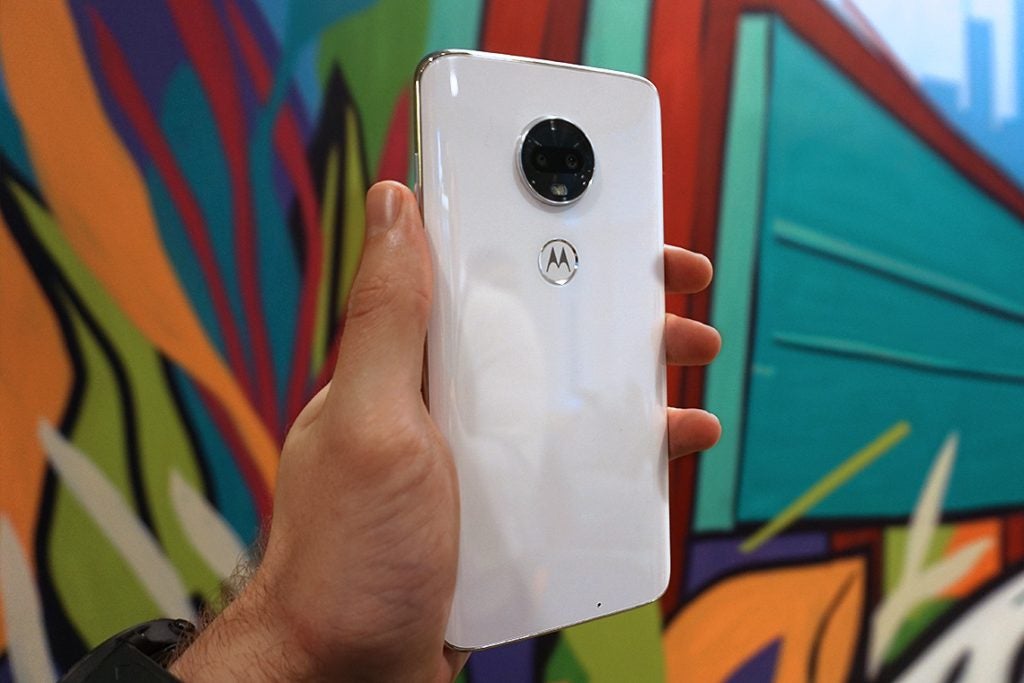 So how does its best and brightest, the newly-launched Moto G7 and Moto G7 Plus stand up against one another, and are they equipped to take on other affordable rivals in 2019?

Moto G7 vs Moto G7 Plus design – What do they look like?

Lenovo-owned Motorola set a precedent last year, changing up the Moto G design language by pushing away from the hardy nature of their forerunners and instead offering more premium-looking devices that traded plastic for glass (Moto G6 Play notwithstanding). The aesthetics established by last year’s Moto G6 family have endured with the Moto G7 and G7 Plus, and as such, they look decidedly similar to both 2018’s phones and each other.

Gorilla Glass with an attractive reflective finish on the back, aluminium frames and near bezel-free screens – a formula that you’d find on any current-generation flagship and yet here it is on Motorola’s sub-£300 handsets. 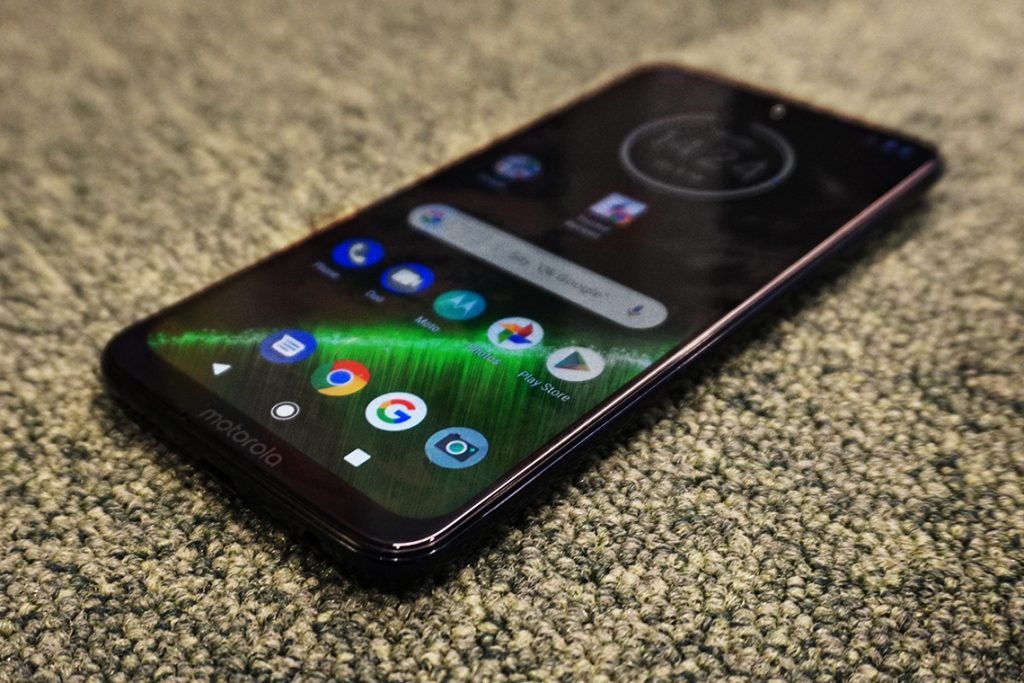 It’s even harder to distinguish between the standard G7 and the Plus model this year, as unlike their predecessors, both sport the same 6.2-inch 19:9 Full HD+ screen (last year’s Plus model was larger than its vanilla sibling) and come with almost identical dimensions. The G7 Plus is a few millimetres thicker and a few grams heavier, but these are practically imperceptible differences when it comes down to everyday use.

Despite the screens pushing closer to the boundaries of each phone’s overall footprint, both still feature a chin of bezel which Motorola has decided to throw a little branding on, seemingly highlighting one of the few unsightly parts of these handset’s designs. Flip them over and the rear-mounted Motorola ‘M’ logo is actually set within a rear-mounted fingerprint sensor in the centre of each phone’s back.

Both handsets also offer up USB-C and retain the increasingly rare 3.5mm headphone jack, with the only real advantage, externally-speaking, being the Moto G7 Plus’ stereo speaker setup, which naturally trumps the mono output of the regular G7. Both phones come with three microphones for active noise cancellation and support Dolby Audio too.

Moto G7 vs Moto G7 Plus specs and features – How does their performance compare?

With so many visual similarities this time around, it’s important to note where the differences on the inside lie. In a nutshell, the Moto G7 Plus benefits from a marginally more powerful chipset (a Qualcomm Snapdragon 636 vs the Moto G7’s Snapdragon 632), along with faster charging and higher-resolution cameras.

Both phone’s 3000mAh battery capacity sounds a little underwhelming in this day and age, however, paired to the near-stock Android 9-powered user experience that these phones run, it might not be all that problematic when we come to test both under real-world conditions.

Motorola’s TurboPower fast-charging technology is available on both devices, however, the Moto G7’s 15W charging speed falls short when compared to the G7 Plus’ superior 27W intake rate. The G7 Plus also supports both Quick Charge 4 and USB Power Delivery 3.0, should a charger adhering to one of those standards to hand instead.

As for the camera experience, initial impressions based on our hands-on experiences with these handsets suggest there is a visible difference in quality between the cameras at play on these two phones, but that might also have something to do with the G7 Plus’ OIS-laden (optical image stabilisation) primary sensor, rather than the straight resolution bump from 12 to 16-megapixels.

Both use a secondary 5-megapixel depth sensor to support portrait mode/bokeh in shots, while the ‘dewdrop’ notches encroaching on each phone’s display feature single front-facing cameras that boast 8 and 12-megapixel resolutions respectively. The G7 Plus’ higher resolution front snapper also benefits from larger 1.25μm pixels (versus the G7’s 1.12μm pixel size) suggesting that it should also perform better in low light.

Considering what’s on the table here, both phones feature decidedly well-rounded feature sets, with some key differentiators that add cost to the Plus model of this year’s G-series. The standard Moto G7 will costs £239 when it launches on March 1, while the Moto G7 Plus will cost £269. 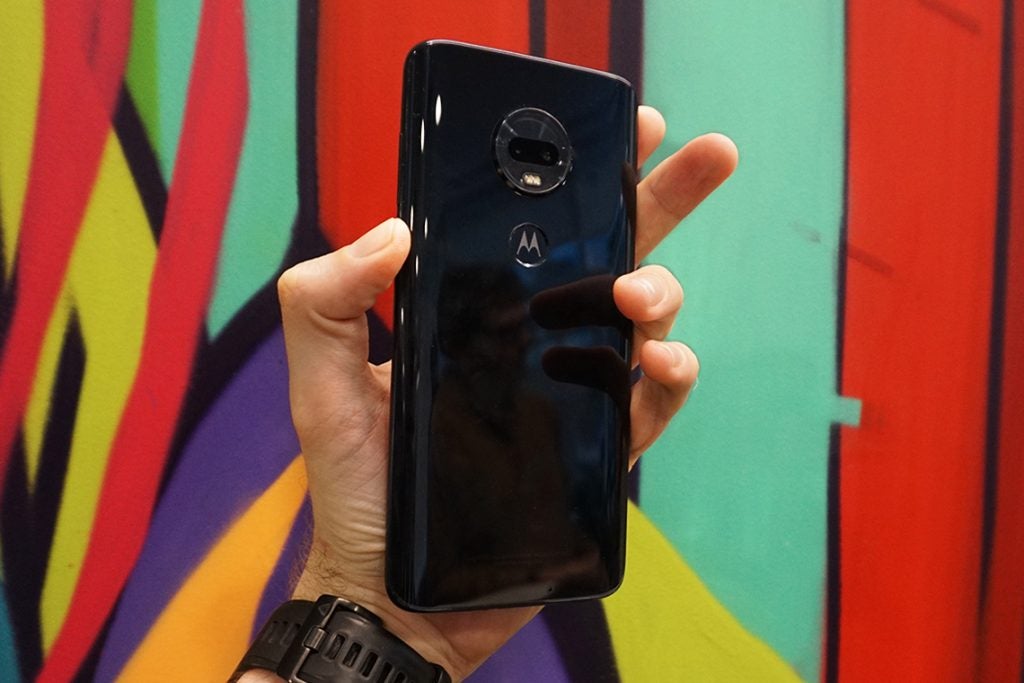 Moto G7 vs Moto G7 Plus early verdict – Should you splash out for the Plus?

The Moto G7 Plus benefits from a beefier chipset, fast-charging that’s almost twice as rapid as the standard G7’s offering and better cameras on both the front and back. For only £30 more, this seems like the smarter choice, but whichever way you swing, you’re getting a great value-for-money smartphone, based on our initial impressions.