Mike Bithell talks to TrustedReviews about Volume gameplay, gadgets and the all important Robin Hood story.

TrustedReviews: Where did the inspiration for Volume come from?
Mike Bithell: Well the initial thing is that it was always an idea that was in my head. I was a massive fan of Metal Gear Solid when I was a kid and the stealth genre in general. Like most of my ideas, it was just one of those things ‘If I ever have hundreds of thousands of pounds to spend on a video game, I’ll go and make Volume’.

Then accidentally, I went and made a very, very successful video game – Thomas Was Alone.

When that happened, I was like I owe it to 14-year-old Mike to make his really weird idea for a game. Once I had those resources I was like ‘Let’s try it, let’s see if this works’.

Are there elements of Thomas Was Alone in Volume?
There are certainly links to it. Danny [Wallace], who did the voiceover for Thomas Was Alone, we were just sat chatting about Thomas Was Alone and about what was coming next and we just decided he was in [Volume]. We put him in straight away, so he carries over.

And there’s some story stuff and thematics. I’m interested in artificial intelligence and life from computers and other nerdy topics – so there’s stuff from there. Art wise, people tell me they can see it’s made by the same guy; there’s certain elements to the look and the aesthetics that carry over. 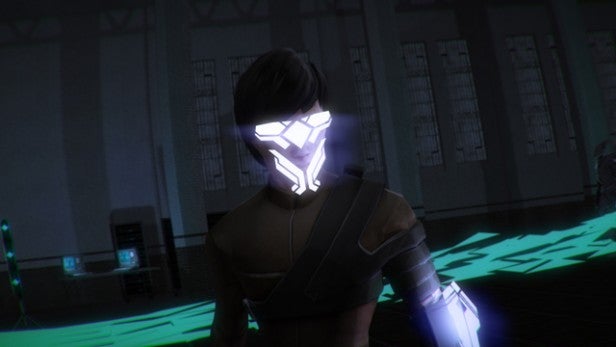 I read like five books about Robin Hood and not children’s books, proper big, grown-up books. I got really into it and I was intending to just steal stuff from it. Basically go, well I like that element of it and just take the bits that I liked. But actually through the act of researching it, I got really into the legends and specifically how they are retold each time.

Every time there’s a Robin Hood adaptation, it takes on the politics of its day and the tastes of the writer. It’s a sponge.

At every stage of the process, you’ve had these politics of the day added onto [the Robin Hood story]. I liked that and I liked the idea of what happens if make a modern Robin Hood and it’s my politics and my world view. That would be interesting.

I got into that idea of getting into the legacy and doing my version.

It will be interesting to see how the Robin Hood story blends with your vision.
That’s what I got hooked on. What’s great about that is because every version is different, you can nick different parts. So there are versions of Robin Hood where he doesn’t kill, but there are versions were he beheads everyone.

You can just take bits and pieces. The idea of noisemakers is there. The whole idea of Robin Hood being an archer, he wasn’t an archer for the first couple of hundred years. The first couple of hundred years people told the story he was a swordsman who had a magic bugle like a war horn. He would blow it and his friends would come along and help him out.  Like his super power was the ability to yell for his mates to save him.

So the first ability you get [in Volume] is a bugle, this noisemaker you can use to distract guards. I could just take things from over 800 years of story and find things that work for me. 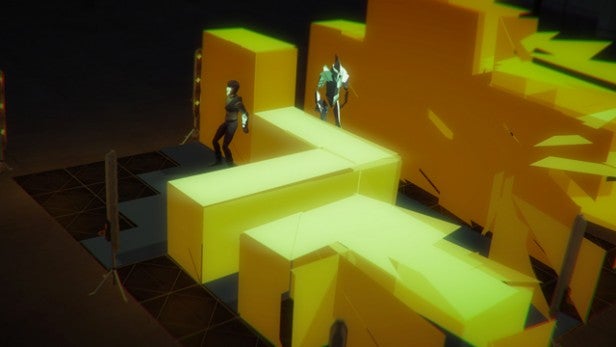 So you can’t kill in Volume?
No, in Volume you don’t kill, which isn’t like a big moral, ethical thing necessarily. It’s more that in the stealth genre there’s the winning technique, which is just to walk around behind someone and press the kill button. Then you just go around the space, knocking them out or whatever the elaborate kill animation is. Or you shoot them with a silenced pistol and no-one knows. That stuff is fun, but that’s how I play every stealth game.

In every stealth game I do that and at the end I have an inventory full of all these weird and awesome gadgets that I never used because I found the way of doing it was just to snap everyone’s necks.

So for me, it was like, what if you remove that and make it that every level ends with exactly the same amount of characters present as when you entered. If you just remove all that crap from the game, you play with all the weird stuff, you play with the noisemakers, you play with the Figmen – which lets you launch a fake you in any direction and then enemies will think it’s you and chase after it.

It feels awesome, and because you couldn’t just kill those guards, you’re encouraged to do it and you’re going to engage with it. 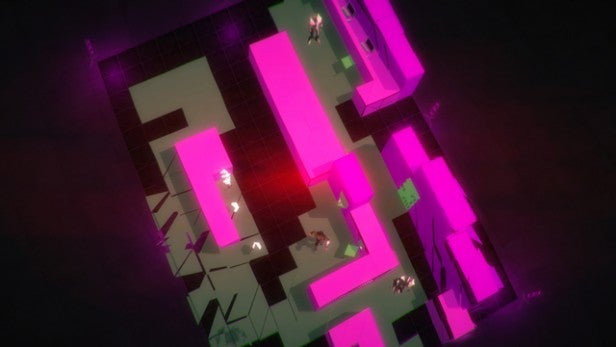 How many gadgets are we going to have to play with?
We’re going to have nine gadgets or specific things you can carry with you and then we have a bunch of environmental interactions. There’s things like you can hide in lockers (you’ve got to hide in lockers, you can’t do a stealth game without that), there are turrets that will hunt you down, you can hide under floorboards Batman style, if you stand in shadows you can’t be seen a bit like Thief. I’m just basically stealing everything I like [from other games]. Even one of the gadgets you have is called the Masquerade, which instantly disguises you as a guard, which is the Hitman thing. It’s cool, because you can have fun with it, as I’ve got all the voice acting in now.

One of the lines, but it’s really rare, that crops up every now and again when you’re in disguise and you walk past a guard, he’ll turn to you and say ‘Steve? Is that you Steve?’ It makes me laugh hysterically every time, and I keep lowering the probability of it happening because it’s one of those things that I want the internet to be like ‘Have you heard about the Steve thing?’ 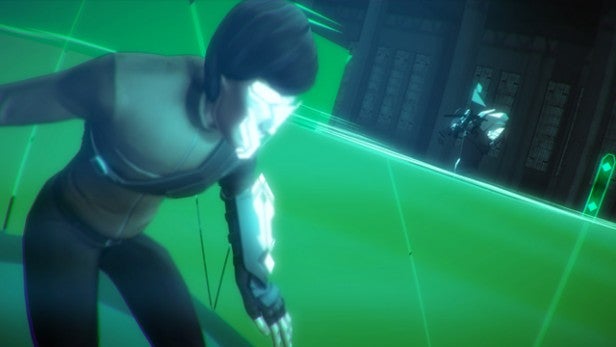 Does Volume use any of the PS4 DualShock 4 unique features?
Not
motion control stuff yet, no. Although if I come up with something I
think is fun, I might do it. Or have a moment where you just shake it or
something, just so I can say I did it.

But one thing I like is
the light bar, so I’m going to do some stuff with the light bar.
Probably have it glow different colours. Because I’m a graphic design
nerd, I want it to colour co-ordinate with the screen. So when there’s
an orange level, I want an orange light bar. Or maybe I’ll go down the
fashion route with a contrasting colour.

I’ll play with that but
I’m not really into gimmicks. Basically if it makes the game better,
then yes. But if not, no. What’s nice is that there’s no pressure on
from Sony to do anything. I’ll do something with the light bar because I
just think that’s cool, even though when you’re playing you don’t look
at it. 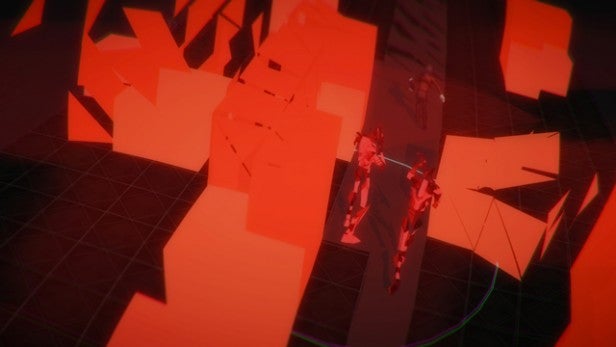 Did you decide to go PS4 because Sony were particularly supportive?
So the big thing for me is that Sony have a great deal of power. Like a scary amount of power. Like power you can’t buy. What they can do is they can make games look like real games. That’s their magical ability.

They can go to a very mainstream audience and say ‘Volume is a real game’. So I went on stage at like GamesCom as part of their big press conference and millions of kids who’ve never played an indie game saw me talking about Volume and showing the trailer and stuff. I can’t buy that marketing, I couldn’t get to those people. That’s what Sony deliver.

Sony validate the game and they’re a gatekeeper. They open up an audience to a game that wouldn’t maybe find it otherwise. They are people who wouldn’t buy an indie game because it’s lame and cheap and rubbish.

That’s exciting to me. Because those are the guys I want to reach, I want to show them a new experience. Indie gamers probably did play Thomas Was Alone as it did quite well so maybe a lot of people did play it. They’re probably going to hear about Volume anyway, but what Sony does is open up this audience who don’t care what Thomas Was Alone was, because it was about rectangles with feelings.