Microsoft has officially revealed the Surface Laptop 4, with pre-orders opening today ahead of the 27th April release date.

As rumours and leaks correctly suggested, the Surface Laptop 4 does not feature any major physical alterations from its predecessor, the Surface Laptop 3, but has seen a processor refresh. Microsoft is offering both Intel 11th Generation (aka Tiger Lake) and AMD Ryzen 4000 processor configurations, with AMD’s new Ryzen 5000 processors bizarrely missing out.

There will be both 13.5-inch and 15-inch models available for the new Microsoft laptop, with prices starting at £999 and £1299 respectively.

For everything else you need to know about the Surface Laptop 4, keep reading on.

Surface Laptop 4 release date – When will it launch?

Microsoft has officially confirmed that the Surface Laptop 4 will launch on 27 April 2021.

Pre-orders are open right now, with Microsoft bundling in a free pair of Surface Earbuds if you get your order in by the 26th April.

Surface Laptop 4 price – How much will it cost?

Microsoft is also offering a slew of Intel Tiger Lake processors, up to 32GB RAM and up to a 1TB storage capacity if you’re willing to spend more.

For comparison, the existing Surface Laptop 3 is now available for just £795, although did initially launch with a £999 starting price.

Surface Laptop 4 specs – How powerful will it be?

While the former is great news, since 11th Gen marks the latest and greatest range of Intel chips, it’s bizarre that Microsoft is opting for custom-made Ryzen 4000 CPUs when the assumedly more powerful Ryzen 5000 chips are currently available in rival laptops.

So how powerful will these new chips be? It’s difficult to know for sure without reviewing the laptop, but we doubt the Surface Laptop 4 will be able to compete with the latest MacBook Air due to the impressive power of Apple Silicon. 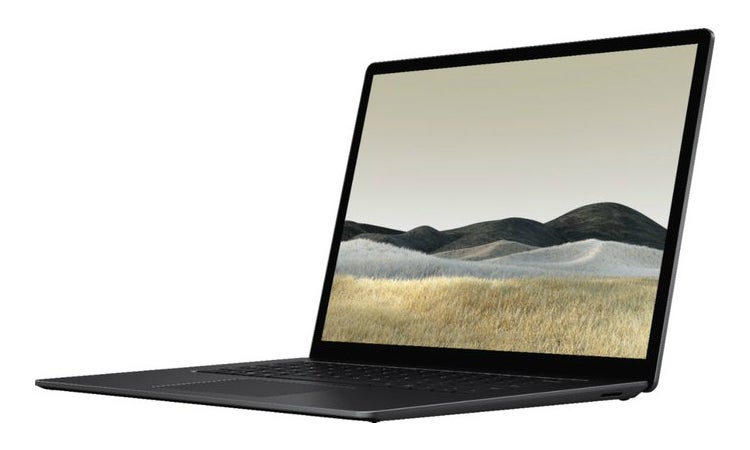 It’s bad news on the design front, as the Surface Laptop 4 will see no exterior updates besides a small compartment for SSD upgrades.

This means Microsoft is sticking to its chunky bezel, which looks extremely outdated when compared to the Dell XPS 13 and Razer Book 13 laptops. The lack of an upgrade here is very disappointing.

The Surface Laptop 4 will also have a touchscreen, retaining support for accessories such as the Surface Pen and Surface Dial.

What do we think about the Surface Laptop 4?

We can’t make any sweeping statements about the Surface laptop 4 before reviewing it for ourselves, but we’re still very disappointed by the specs sheet and Microsoft’s decision to sub a redesign.

A processor refresh is the bare minimum for a new laptop, so it’s very confusing to see Microsoft snubbing the fantastic Ryzen 5000 mobile processors in favour of custom-made chips from the older Ryzen 4000 generation. Either way, Microsoft’s new laptop won’t be competing with the MacBook Air’s power anytime soon.

What’s worse, Microsoft isn’t updating the design of the Surface Laptop, despite already looking outdated compared to the competition. This may seem like a minor issue with all things considered, but it could be enough to sway laptop buyers in the direction of Dell and Razer instead.

Of course, you’ll have to wait for the Surface Laptop 4 review to see our final verdict, but it doesn’t look good for Microsoft’s ultrabook range as things stand.