Microsoft has officially released the first test version of its new Chromium-based version of Microsoft Edge.

The first preview version was recently leaked online, but Microsoft has now given its seal of approval on the browser, built on the same framework as Google Chrome.

While those keen users who downloaded the leak for Windows 10 will be familiar with the initial build, there’s plenty here for more patient users to experience. It’s the first Microsoft browser to support Chrome extensions, which is part of the reason the company offered to switch to a Chromium-powered browser.

There’s also the ability to sync favourite sites across the preview builds, ahead of cross-platform syncing arriving in a later version. The presence of a dark mode, perhaps the most demanded software feature around at the moment, will please those seeking a retina-friendly web experience right out of the gate.

Microsoft is only rolling out the preview version for Windows 10 right now but is promising support for previous versions of Windows, macOS and Xbox One a little farther down the line.

There’s also no spell-checking and broadcasting of media directly from the browser in the first preview. Those seeking multi-lingual support may also find this version of Edge wanting at this stage.

Those seeking a Google Chrome-like experience could be disappointed Microsoft has turned off more than 50 Google services within the new version of Edge. They’re listed below: 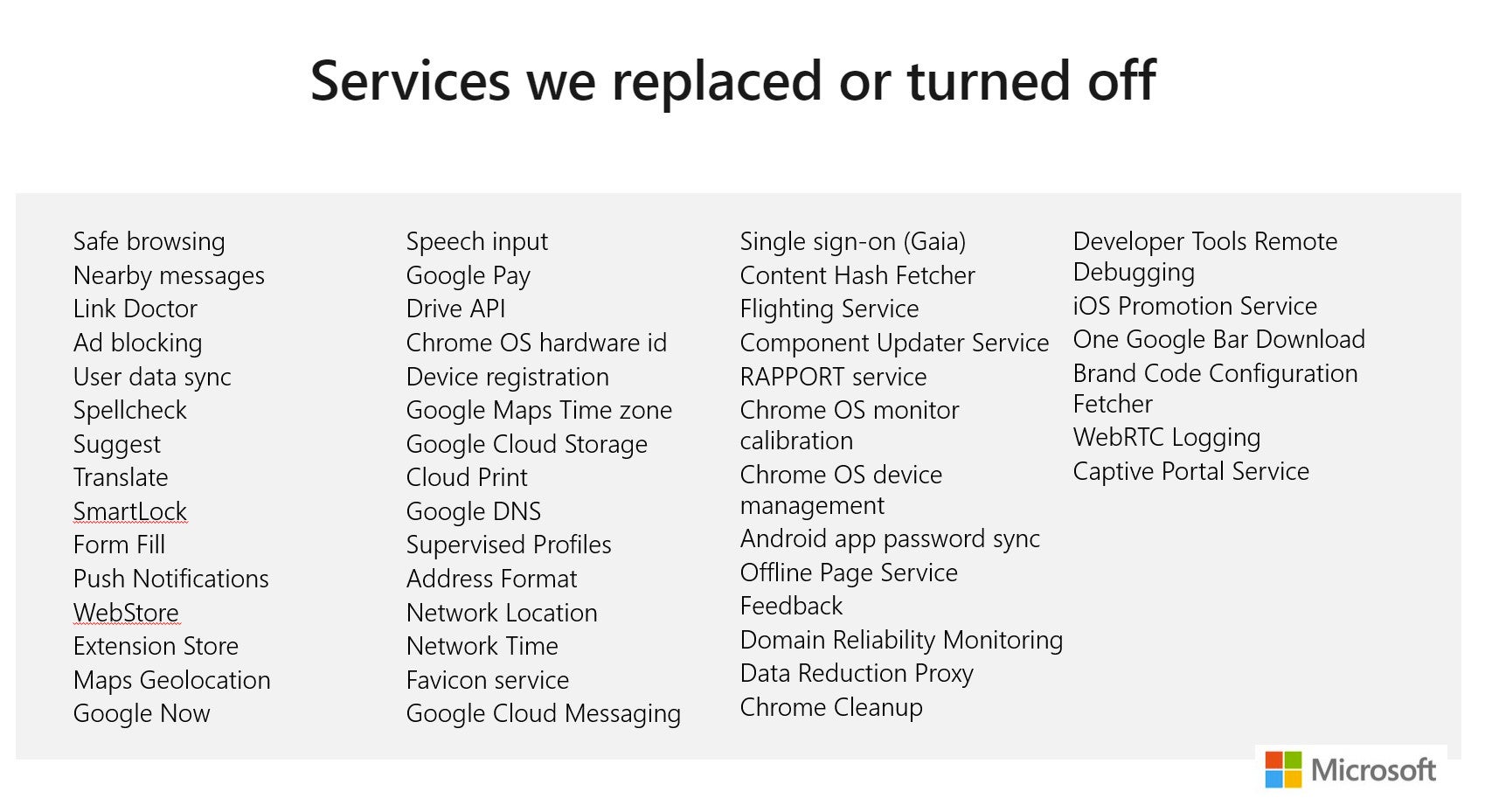 In a blog post on Monday, corporate VP for Windows Joe Belifore writes: “In these first builds we are very much focused on the fundamentals and have not yet included a wide range of feature and language support that will come later. You’ll start to see differences from the current Microsoft Edge including subtle design finishes, support for a broader selection of extensions and the ability to manage your sign-in profile. We look forward to people starting to kick the tires and will be refining the feature set over time based on the feedback we receive.”

If you’re looking to dive in right away, Canary builds are updated daily, and will likely be less stable, while the developer builds get a weekly boost. Just head to the Microsoft Edge Insider page to get in on the action.

Have you tried the Chrome-friendly version of Microsoft Edge yet? Let us know @TrustedReviews on Twitter.