Microsoft’s E3 briefing is over, and it was arguably their best showing in years. You can view the conference in its entirety below, or keep scrolling to check out our highlights along with all the trailers and news you need.

2333: The big moment is finally here. Xbox One X will retail for $499 when it launches on November 7. Now, the show is closing with a closer look at Bioware’s new IP: Anthem.

2300: Phil Spencer has announced that original Xbox games are coming to Xbox One’s backwards compatibility feature. Titles added to the programme will look and play better on Microsoft’s modern family of consoles.

2328: Ori and the Blind Forest is back with a gorgeous and emotional sequel in Ori and the Will of the Wisps. The trailer might have made us cry a little bit.

2321: Monolith Productions’ Middle Earth: Shadow of War is up next! Enhanced by Xbox One X, players can expect to battle thousands upon thousands of orcs using a range of mythical powers. The Nemesis System is also back and better than ever.

2318: Square Enix’s Life is Strange is getting its rumoured prequel after all, and it’ll be visually enhanced on Xbox One X. Known as Life is Strange: Before the Storm, the three episode miniseries is coming soon.

2317: After a handful of blockbusters, we’re taking a look at some indie titles. Ashen, first announced a few years back gets a well deserved trailer. With its unique art style, we cannot wait to play this one.

2312: Terry Crews is in the Crackdown 3 trailer. No, we’re being totally serious. Sumo Digital and Rageant Games’ open-world crimefighter has emerged for the first time in over a year, and it’s bound to look gorgeous on Xbox One X when it launches on November 7.

2311: After being in development for 54 billion years, lush platformer Cuphead is finally coming to Xbox One on September 29.

2310: Super Lucky’s Tale is a console port of a platformer previously exclusive to Oculus Rift. It looks, cute, fun and utterly charming. Xbox One owners have another nifty exclusive in the bag.

2306: Fullbright’s Tacoma finally has a release date. It’s launching first for Xbox One and PC on August 2.

2258: We’re getting a deep look at Rare’s upcoming shared adventure, Sea of Thieves. It seems you can go literally anywhere in this huge multiplayer world in search of treasure, loot and other pirates to either befriend or battle. Every region has its own unique landmarks, rewarding players who are eager to do a bit of exploring. You know, like a real swashbuckler! We imagine the full game won’t have a fanciful narrator reciting your every move.

2256: Bandai Namco’s Code Vein is on stage, an action-adventure taking inspiration from the likes of Dark Souls and Bloodborne. Cor, doesn’t it look lovely?

2253: Announcements are coming thick and fast now, with MMORPG Black Desert and The Last Night being announced. The latter is an utterly gorgeous pixel-art adventure.

2250: Anime legend Dragon Ball Z has taken the stage with an all new fighter coming to Xbox One and Xbox One X. Dragonball Fighter Z is coming our way in 2018.

2247: Minecraft is embracing crossplay across consoles, mobile and PC. Player-made skins, maps and servers are being implemented into the experience itself going forward. Fall 2017 will see 4K update for Xbox One X, too. Get ready for SUPER DUPER GRAPHICS. Their words, not ours…

2245: The Darwin Project is shown off for the first time. A strange, somewhat surreal cel-shaded outing with an injection of e-sports for good measure. Check it out below:

2238: After a brief showing at last year’s conference, State of Decay 2 gets an extensive new trailer alongside a release date: Spring 2018. It looks similar to the first outing, albeit with a crisper visual flair and truly massive open world.

2237: Deep Rock Galactic is a four-player mining/spider shooter that will have you and your friends teaming up together. Looks a little odd, but super fun!

2235: PC megahit PlayerUnknown Battlegrounds is coming exclusively to Xbox One and Xbox One X. It’ll be receiving a special update to provide players with unique visual enhancements, too.

2228: Now we’re getting a decent look at the title in action. The world looks positively massive, and you’ll be able to take direct control of an actual eagle to target enemies and scout out potentially dangerous environments. A nice little twist to the usual tailing missions. AC: Origins is coming on October 27.

2225: Assassin’s Creed: Origins, after many rumours and speculation, is finally confirmed! The stealth franchise is making a welcome return later this year. This new installment will add more detail than ever before with newly-implemented RPG systems that build upon the tried-and-tested gameplay formula.

2218: 4A Games’ is the next major title, Metro Exodus, has taken the stage, running in-engine on Xbox One X. It appears to be an open-world sequel to Metro: Last Light.

2215: Forza Motorsport 7 is being played on stage with a visually-striking demo on the streets of Dubai. Forza 7 runs at a native 4K and a “rock solid” 60 frames per second on Xbox One X. It is coming to Xbox One on October 3rd.

2211: The first game to turn its head at Microsoft’s conference is the one and only Forza Motorsport 7. Running at full 4K on Xbox One X, it looks ruddy gorgeous. Keeping up with traditions, Microsoft has only gone and brought an actual supercar on stage.

2207: We’re onto a bunch of fancy technical talk now, and it seems Xbox One X truly is the most powerful console we’ve ever seen. Microsoft is yet to announce details on a price yet, though. All current Xbox One accessories, games and more will work with Xbox One X. Your game library will also look and perform better on the new platform. 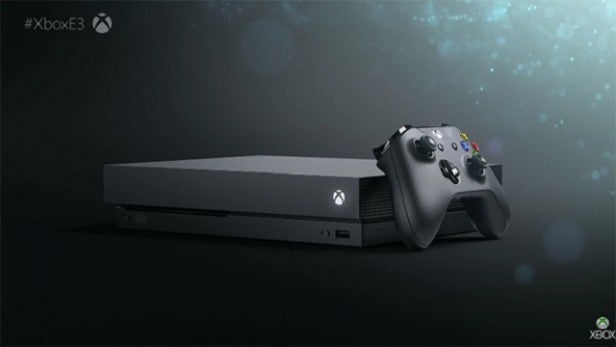 2200: Microsoft is bringing out its big guns early with the official reveal of Xbox Scorpio.

Microsoft E3 press conference time – when is it? 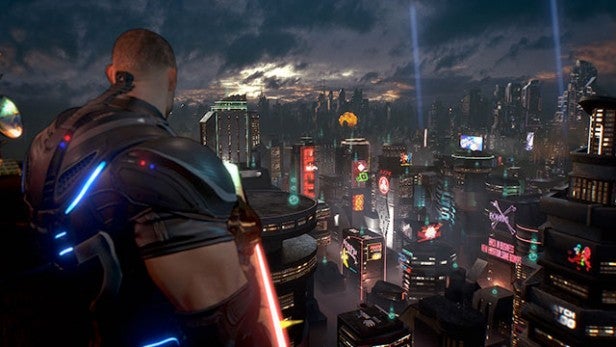 Microsoft E3 Press Conference Live Stream – Where can I watch it?

You can watch all the action as it unfolds from Microsoft’s YouTube, Twitch, and even through your Xbox One. Microsoft has confirmed the briefing will be over 90 minutes long in order to cram in a ludicrious collection of new games. 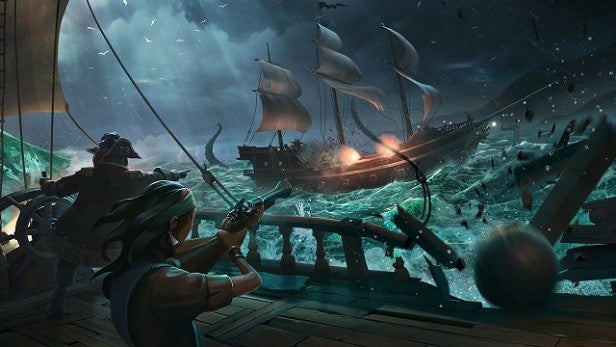 How did you find Microsoft’s E3 Conference? Let us know in the comments below.