You wait seven years for a new Metroid game (Federation Force doesn’t count), and two come along at once: the hotly-anticipated Metroid Prime 4 for the Nintendo Switch and Metroid: Samus Returns for 3DS.

Developed by MercurySteam, the studio behind the excellent Castlevania: Lords of Shadow series, Samus Returns is a remake of the 1992 Game Boy title, Metroid II: Samus Returns. Not that you’d know from looking at it, though, as the entire game has been fully revamped for Nintendo’s current handheld, bringing one of Samus’ most iconic adventures into the modern day. After all, this is where she met the fateful baby Metroid from the start of the SNES classic, Super Metroid, which is coming to the Nintendo Classic Mini: SNES later this year. 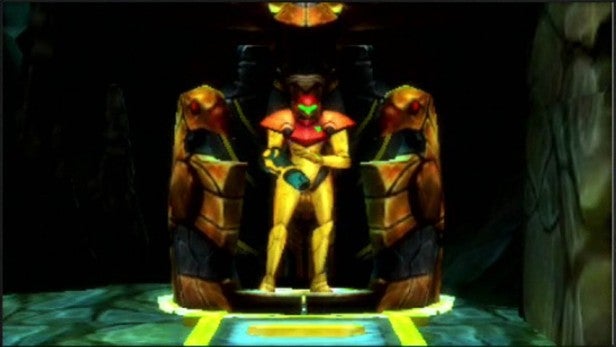 Fans of Samus Aran and her perilous bounty hunting lifestyle have been waiting years for a new entry in the beloved sci-fi series, and now they’re having two thrust upon them at once. Metroid Prime 4 has finally been announced after almost a decade, which is set to arrive on Nintendo Switch next year. But first, we’ve got a lovingly crafted rebirth of Metroid 2 in the form of Samus Returns, and it plays like a dream on 3DS.

The game’s a reimagining of 1991’s Metroid 2: Return of Samus, which was a smash hit on the original Game Boy. It aims to offer players the same hardcore 2D Metroid experience with little to no compromise on the challenge, exploration and variety the series is renowned for.

Seconds after landing on the alien planet of SR388 I was free to explore wherever my heart desired. My first few minutes were spent stumbling into new abilities and alien landmarks before facing off against my first Metroid.

It’s immediately clear that Samus Returns relies intensely on sharp skills and reflexes. Enemies launch themselves at you with reckless abandon, and you must either leap out of the way or counter attacks with a well-timed button push. This stuns the enemy for a second, leaving them open to a blast of your arm cannon. Using this technique becomes essential in later boss battles, where unleashing large loads of damage quickly is key to victory. 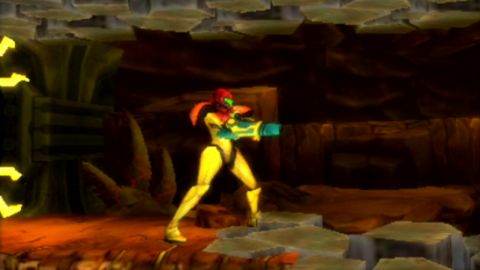 Samus moves exactly as she did 26 years ago, complete with a few extra bells and whistles I quickly grew familiar with. Inventory upgrades and new abilities can be collected while exploring the almost labyrinthian stages. These include a snazzy ice beam that can freeze enemies mid-flight, morphing them into traversable platforms and, of course, the morph ball. Many of these new abilities are puzzles in themselves, tucked away in hidden passages that are a nightmare to find, but always encouraged me to think outside the box.

The objective of my short demo was to hunt down four metroids scattered across the opening stage. Samus Returns immediately hooked me in, dishing out its operatic musical score before letting me roam into some desolate alien ruins. Fans will quickly grow fond of the familiar blend of exploration, combat and environmental puzzle solving that Metroid does best. 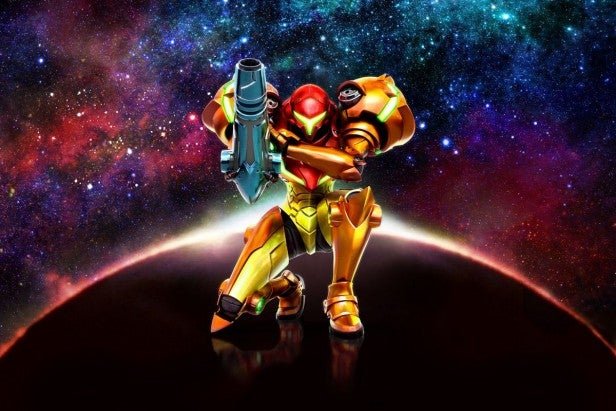 Samus Returns does an excellent job at introducing newcomers with fast-paced tutorials that seldom get in the way. Having played on a New 2DS XL, the heads-up display and sci-fi visuals look incredibly sharp without betraying their retrofied roots. The atmosphere of SR388 is heavy with dread and ominous mystery, with each new area holding a secretive threat you’re almost afraid to discover.

My chief concern is the potential lack of enemy variety. During my two or so hours with Samus Returns I encountered the same selection of evil space bats and floating metroids. A similar strategy is employed to eliminate most of them, making repeat excursions into familiar areas a bit of a chore at times. Teleporters can be used, but only at select locations. My hope is that the full game has a few surprises in store, as I can see the same process of running and gunning grow quite tiresome.

Metroid: Samus Returns makes a great first impression. It’s clear that MercurySteam has done a stellar job adapting the classic 1991 title with the help of modern technology, although it would certainly benefit from greater variety.