4A Games has quietly announced that a third title in the post-apocalyptic Metro franchise is creeping our way later in 2017. The snowy, terrifying and wonderfully atmospheric shooter series has already produced two great entries, and the third has us very excited.

We don’t know much about it, but we do definitely know what we’d like to see.

Metro 2035 is an adaptation of Dimitry Glukhovsky’s third novel, acting as the final part in the horror franchise.

“It all adds up to something. Where the books end their story, the game will pick it up,” the book’s site teased. “An era of great discoveries lies ahead…”

Count us in. Metro Last Light was one of the highlights of 2013, presenting a dark, realistic vision of a world decimated by nuclear warfare. It had plenty of demented creatures, including giant mutant spiders and cringe-inducing mole rats. Arachnophobes proceed with caution! 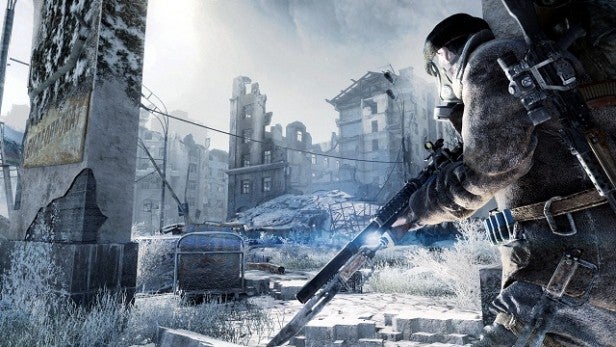 The release window for Metro 2035 is slated for 2017, and we know nothing beyond that. The accompanying book isn’t launching until December 2016, so we’ll likely learn the game’s launch date after that.

Deep Silver recently came out and released the following statement via its Facebook page:

“As the exclusive rights holder to videogames set in the Metro 2033 universe, Deep Silver has ambitious plans for the hugely successful Metro series.But just to manage our fans’ expectations – releasing the next Metro game in 2017 is not one of them. When we have more news to share, we will. Thank you for your patience.”

So we might not see a new title in 2017, but now we have confirmation it’s definitely on the way.

It appears Metro 2035 will be a standalone adventure, easily played by those who’ve yet to experience the series. However, it will once again star Arytom, the seasoned protagonist of past games.

4A Games is yet to divulge any specific details on the plot, but the book’s description gives us a loose grasp of what’s going down.

“The final part of the trilogy takes us back to Artyom and his struggle to get the people back to the above world they once ruled. This is a standalone story that can be read independently from the previous books and games – yet for those who have been following Artyom from the very beginning, Metro 2035 crowns the saga in its own way. Characters of all the books and games meet here, their destinies intertwine, and everything you knew about the world of Metro is turned upside down…” 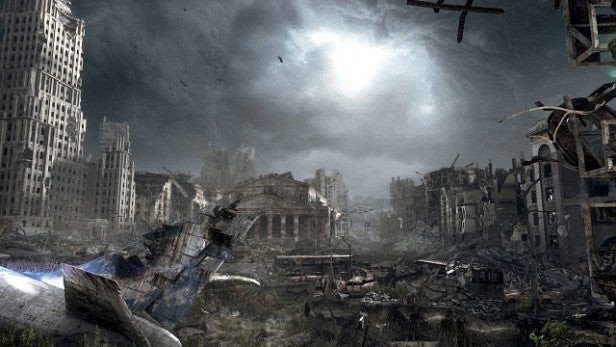 The Metro franchise has always benefitted from its tight, linear structure, peppered with pockets of clever open-world design that allow for fun sessions of experimentation. Unfortunately, this ambition was limited to shooting sequences, preventing us from expressing anything beyond the bullets in our gun and the gas mask on our faces. We’d love to see 4A Games introduce an element of player choice into the mix, letting you influence subtle parts of the narrative as you progress.

In past games, Last Light especially, plenty of emphasis was placed on the small locales you stumbled upon throughout your journey. They were filled with cute character moments eliciting a glimpse of humanity from this dark world. It was a picture of hope in a world devoid of it, and being a part of that would be brilliant. Even if they were only small, split-second decisions that influenced dialogue, the extra level of immersion such things provide would be more than welcome.

Now we’re cheating a bit here, since previous titles have given us vehicles in the forms of trains and minecarts. Unfortunately, the majority of these were completely on-rails, acting as a mode of transportation instead of a fully-fledged gameplay mechanic. We’d love for a special vehicle to be introduced as a primary mode of movement across the dilapidated hellscape of Russia. The potential for customization here is astounding, and could encourage us to venture off the beaten part in search of scavenged parts and hidden secrets. 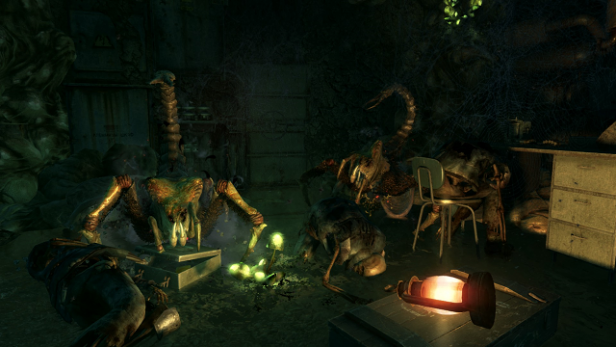 The hybrid spiders in Metro: Last Light gave us the heebie jeebies, forcing us to desperately sprint through subway tunnels with our torch spinning wildly in different directions. They were terrifying, but hardly triggered my inner fears of arachnophobia. The same can be said for the spindly mole rats that helplessly wandered into the sights of our double barrelled shotgun.

Now, imagine these creatures through a more realistic lense. Hairy, eight-legged beasties with terrifying mandibles dragging across the floor. I’m getting goosebumps just thinking about it, and would love to bump into one in the dark Moscow tunnels with nothing but a busted assault rifle to defend myself. Adversaries like this might be too much for some, but would certainly take the horror of Metro 2035 to the next level.

Many players opted to play through Metro 2033 and Last Light in its native Russian language, favouring a more authentic experience compared to its hokey and clumsy English counterpart. Now it wasn’t all bad, and painted a convincing picture while exploring Moscow’s post-apocalyptic remains, but it wasn’t nearly as dramatic as we’d hoped. Metro 2035 could easily up the ante in this department, providing our primary suite of characters with a sense of humanity we haven’t seen before. It’d also be nice to have less creepy in-game strip clubs and sex scenes. First-person kissing is scarier than any nuclear abomination.

It’s unsettling enough being forced to explore a nuclear wasteland during the day, now picture yourself scurrying for shelter as darkness descends upon you. Past games encouraged us to roam into abandoned buildings and murky swamps, blasting radioactive creatures with each passing minute. Unfortunately, many of these threats were alleviated by a feeling of tame predictability. You knew the boundaries of your surroundings, and could easily escape into the light whenever you wanted. 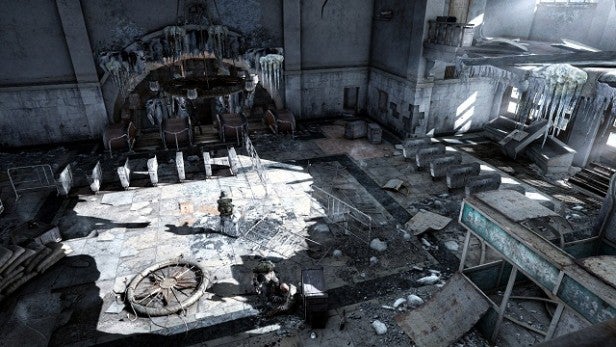 It’d be unwise for Metro to introduce a fully-open world setting, as it would detract from the concise narrative previous games have pulled off so effortlessly. That being said, providing each new location with elements of unpredictable diversity would work wonders when expressing a truly untold taste of terror. Such a feature would also encourage players to ration their resources carefully. Your munitions are sacred when there is no sign of escape.

Are you excited for Metro 2035? Let us know in the comments.