If you’ve ever built a PC, you’ll know that Corsair can provide almost everything you need. This begs the question: Why doesn’t Corsair build PCs?

Well it turns out that Corsair is about to do just that, with the newly announced Corsair One gaming PC. It was revealed by an advertisement in the March issue of Maximum PC, so details are vague for now, but we know that it’ll be a fully configured PC system.

And although it looks bigger than your standard ATX fare, it doesn’t appear to be massive; perhaps this’ll be Corsair’s bid to get into your living room and kick an Xbox One or PS4 Pro out of its residency?

In the advertisement, Corsair says: “Meet Corsair One, the category-defying new PC from the designers and builders at Corsair. The most trusted name in precision-engineered PC components brings you a machine built from the ground up to power anything and everything you love to do.” 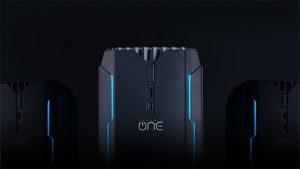 So what else do we know? Well the case is black (duh) and appears to have blue lighting (though this may be RGB customisable). There’s enough ventilation on the sides to support cooling for proper PC components, and we also spy USB and HDMI ports.

Other than that, we’re in the dark, but we’ll keep you posted on any future Corsair One news. Alternatively, you can sign up for updates direct from Corsair here. http://www.corsair.com/en-us/landing/one

What do you think of the Corsair One? Let us know in the comments.