Just like Mass Effect 3, Mass Effect: Andromeda packs a substantial and surprisingly enjoyable multiplayer component to complement its massive (and creaky) single-player experience. It’s available as soon as you boot up the game, but there’s quite a lot you should know before you dive online.

Here are our top tips after several hours jump-jetting and biotic-teleporting around in the game’s multiplayer lobbies.

Andromeda’s multiplayer isn’t story focused per se, but it does take cues from the single-player campaign and transposes them to multiplayer. The same goes for some enemies and locations, too. If you don’t care about spoilers of any kind, and simply want to head online straight away, then you can totally do that. 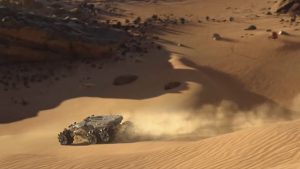 The game puts up no annoying barriers. But if you’re playing Andromeda’s campaign – and I’d presume you are – then I’d recommend putting some hours into single player before you start shooting it out online.

THEN COMPLETE THE MULTIPLAYER TUTORIAL

I personally hate tutorials in most multiplayer games, but in Andromeda the tutorial is a pretty great help before you get started. You’ll get used to the various different objectives you’ll come up against in different missions, but you’ll also earn a bunch of useful rewards for completing the tutorial challenges.

This is quite extensive – you’ll need to, among some other things: win or lose a match, buy an item, host a game, use a consumable and equip a weapon and mod. But once you do you’ll unlock an advanced pack of goodies, as well as a bunch of multiplayer credits. Pretty useful if you want to get a leg-up in the early part of your multiplayer career.

PAY ATTENTION TO YOUR BUILD

Each class in Andromeda’s multiplayer is suited to specific roles on the battlefield. Play as an Engineer, for example, and you’ll find that you’re the perfect vessel for defensive hunkering but can’t venture too far on an offensive without getting into trouble.

Same goes for classes like the Vanguard, which are suited to flanking moves and can quickly dart into cover. Any open spaces – including vertical points like roofs – are perfect for Infiltrators. Keep this in mind as you play. Andromeda isn’t as class focused as some games out there, but it definitely isn’t freeform enough that you can successfully play any role without first adjusting the kind of build you’re using.

Just like in single player, loadouts in Andromeda’s multiplayer are really important. Not only do they define how you’ll play from game to game – snipers can’t play like shotgunners, obviously – loadouts also greatly affect how your specific chosen skills and abilities work. 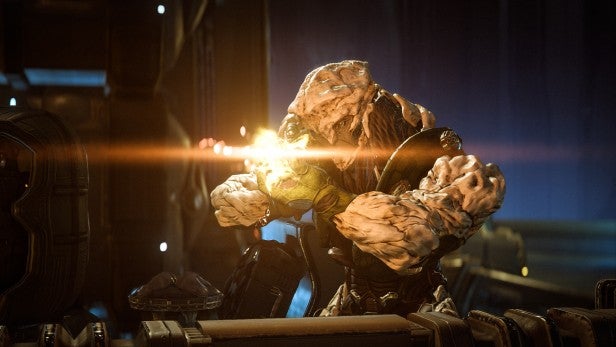 You begin with what is essentially a weight rating. The heavier weapons and the more weapons you have equipped, the longer your cooldowns will be. If you want to focus mostly on biotics, this is obviously hugely important. But even the most middle-of-the-road approach means you want to not be waiting double the time to be able to fire off some spells.

It’s also worth noting that the game will equip you with two weapons by default. If you’re not using one of these, you may as well unequip it and roll with one gun – the increased recharge will definitely come in useful.

YOU CAN CHARGE SOME ABILITIES

This one’s simple enough – some of your powers can be charged by holding the button down. Similarly, keep an eye out for powers that you can combine together (by hitting enemies with them in quick succession) to pull off super-powerful ability combos.

Crowd control is pretty important in Andromeda’s multiplayer. As you deal with the increasing waves of enemies you’ll have to battle against a ton of different types of foe. Low-level Kett, Remnant and exile forces can be easy at first, but chuck in some Hydras and higher-powered machinery and you’ll quickly find yourself overwhelmed.

Because of the more frantic pace of combat, your best bet is to take down the weaker enemies first rather than spend a ton of time carpeting rounds into the stronger targets, while also having to constantly maneuver to stay in cover and avoid the fire of the many grunts wailing on you.

I said this in the single-player guide, but really do remember how agile Andromeda lets you become. Several chokeholds on maps become far, far easier to dominate as soon as you start taking full advantage of cheeky rooftop vantage points, or jumping across and over enemies; hovering above them and unleashing some biotic powers, or just lobbing a perfectly timed grenade at their feet. 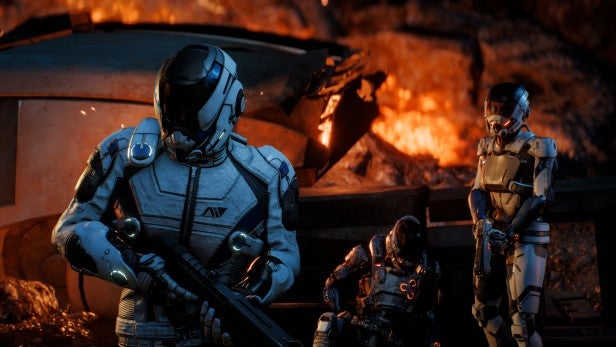 Similarly, always keep eyes on your radar. Enemies can quite easily flank you and get in behind you if you’re not being vigilant, so you’ll want to be surveying your surroundings at all times to ensure you get the jump on them, rather than the other way around.

YOU CAN QUICK-CHANGE WEAPONS

Mass Effect Andromeda’s weapon radial is, weirdly, quite a bit more clunky than previous games. Playing with a controller, it’s quite a stretch to hit the weapon wheel button to then select another gun. However, there’s a super handy way to switch weapons without having to stretch – or pause the action. Simply hold X on an Xbox One controller (or Square on a PS4 pad) and you’ll switch to your last used weapon. If you’re only holding two guns, that means you can just switch between them seamlessly.

This being a wave-based multiplayer game, you need to utilise your downtime effectively. To do this, I recommend memorising a couple of ammo boxes that you can rely on in any given match. Two or three will be helpful, as you’ll know when you can grab vital ammunition and won’t spend the majority of the time between waves scrambling desperately for supplies, as this’ll leave you struggling. As soon as I focused on memorising key points of each map, I became a whole lot more ruthless in each game.

Andromeda’s Apex missions get clustered together into preset playlists that have bonus effects. This is a cool way of guaranteeing experience, but what’s also cool is that playlists come with their own interesting prerequisite challenges to add more interesting gameplay considerations. One such example is reduced weapon power but an increase in 100% to melee damage – you’ll want to tweak your character accordingly for these, and remember that sometimes a balanced approach is sometimes more effective than an all-or-nothing build that could go into some games severely disadvantaged.

Andromeda’s multiplayer has three different currencies operating simultaneously. This can be confusing, especially at first, but it’s not too hard to understand once you’re into things proper. I’m here to simplify it as much as possible so you know what you’re earning and what it’s all for.

Andromeda runs on loot boxes, similar to Overwatch. These are the way you’ll earn new gear and upgrades, but you can pay for them in different ways. First up there’s Andromeda points, which can be bought (with real money) from the store. This is the quickest – but also the most expensive, obviously – way of ensuring you’re armed with the rarest and most powerful weapons. 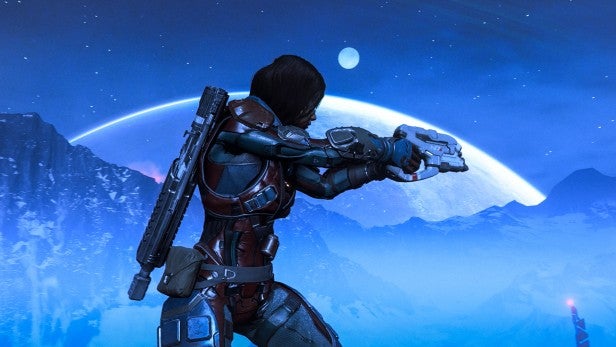 Secondly, you’ve got multiplayer credits. You’ll earn these a lot slower than the points you can buy with real cash, but they still come in useful for purchasing loot boxes that’ll give you randomised gear that comes in several different rarities: Common, Uncommon, Rare and Ultra Rare. I wouldn’t recommend bothering to buy loot boxes any lower than the Rare kind, simply because it’s a waste of your hard-earned currency.

Then you’ve got Mission funds, which can actually be earned in single-player by sending AI squads out on strikes from the Tempest’s control centre. In multiplayer, the Mission funds have an effect on the items you’ll acquire – a bit like how Destiny deals with loot – while also allowing you to replenish certain supplies without needing to purchase full supply packs.

Got any great Andromeda multiplayer tips? Share them in the comments below.