Marvel’s Inhumans Preview: All you need to know

Marvel’s Inhumans is the next big addition to the Marvel Universe, so here’s everything you need to know about the eight-part show, including trailers, cast, and release date – plus our first impressions.

Focused on the trials and tribulations of a group of superhumans, the new show is based on the Marvel characters first introduced in a comic by Stan Lee and Jack Kirby in 1965. The Royal Family of Inhumans – a race of superhumans – becomes divided following a military coup, before fleeing their home city of Attilan for the lush environs of Hawaii. There, they discover how their powers can help save both themselves and the world. Sounds pretty epic.

Which is exactly what Marvel and the team behind the show seem to be going for. The first two episodes of the show are being shown in IMAX theatres around the world from September 1. These episodes will reportedly be getting different edits than the TV versions, but the differences shouldn’t be too pronounced.

So, what’s all this IMAX stuff about? When will the UK be getting Inhumans? And who’s starring in this ambitious Marvel project? Here’s all you need to know:

But what about the UK? Unfortunately, at this point, there’s been no official UK broadcaster announced. We don’t have any further information at this time, but we’ll be updating this piece one we hear more.

We were lucky enough to attend the UK press premiere of Marvel’s Inhumans, where several clips from the series were shown on an IMAX screen, and it’s safe to say the series is worth getting excited for.

The first two episodes will debut in IMAX on September 1, and were shot using adapted Alexa Imax 65mm cameras – the same cameras being used on Marvel’s upcoming Avengers: Infinity War. Naturally, the show looks great on the big screen. The clips we were shown looked suitably epic, with plenty of slow motion thrown in to highlight the level of detail the cameras pick up. One particular scene shot in the Hawaiin jungle under a tropical torrent looked especially impressive – particularly during the slow-mo scenes, which showed every rain drop in vivid detail. 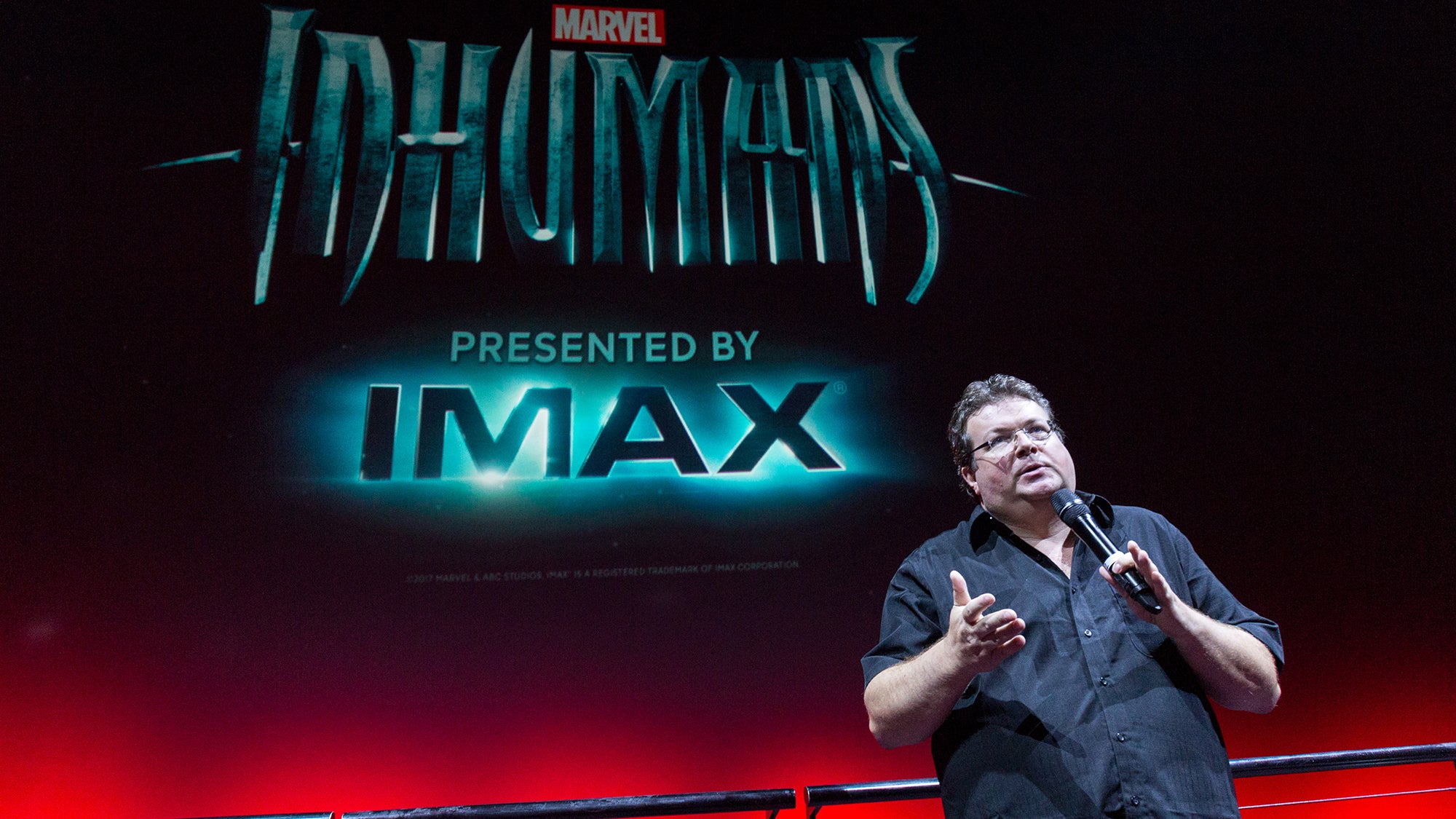 We also got a chance to sit down with director Roel Reine to ask him more about the upcoming series. A veteran of the movie industry, the Dutch film-maker has brought a cinematic sensibility to Inhumans that Marvel is hoping will pay off and separate the series from the likes of Netflix’s gritty array of Marvel shows such as Daredevil and Jessica Jones.

We asked Roel what Inhumans brings to the table at a time where the amount of Marvel branded films and shows seems to be reaching overwhelming levels.

“What is cool about Inhumans is that these characters have superpowers, but these powers are a burden for them. If you are a king and you have to rule a kingdom, but you have to do that without speaking at all, how do you do that? How do you have a relationship? I think this is really unique compared to the other characters in the Marvel Universe.

“Also a lot of Marvel properties have one character – Iron Man, or Luke Cage, or Jessica Jones. Now we have seven characters that have to interact with each other, and they have problems with each other. So it’s a family drama, – a Game of Thrones kind of construction, which is really unique for Marvel. They’ve never tried this before.”

And it’s not just the family drama aspect of Game of Thrones that finds its way into Inhumans. It seems Marvel and Reine are looking to evoke a similar scope to HBO’s mega-hit, using the IMAX cameras to create large and sweeping scenes that make use of huge sets and specially-selected locations. 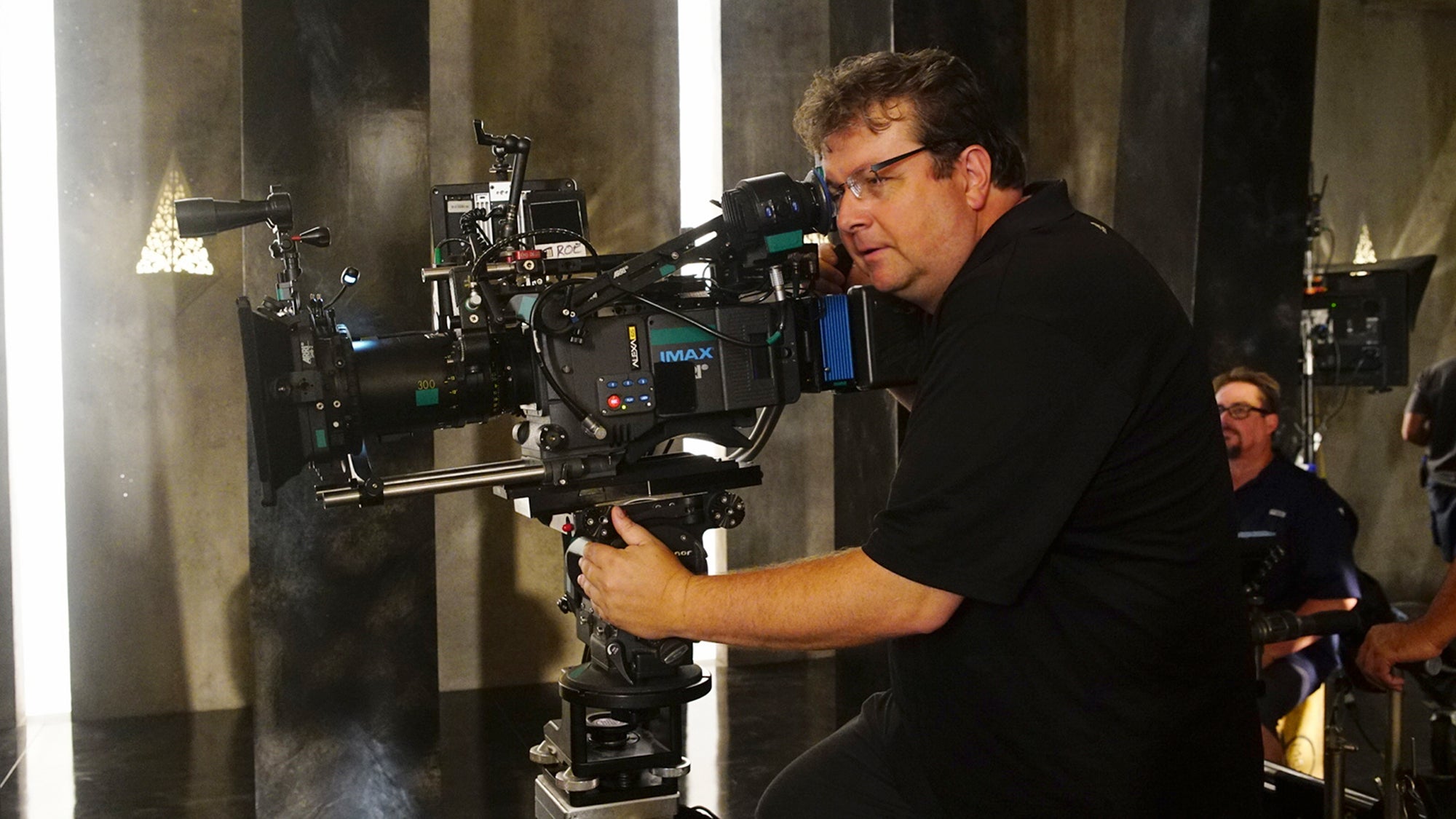 Reine says, for one of the central set pieces, he picked a corner in downtown Honolulu with the tallest skyscrapers, to take advantage of the IMAX cameras’ ability to provide huge scope to individual shots. And he’s confident the scenes will translate well to the TV screen, too:

“I really was focused on what works the best for these characters – to feel the emotion and then adapt. I wanted to make the most visual impact possible, and give it scope and wideness, and hopefully on TV you’ll feel a similar experience.”

Unfortunately, the director was unable to give away any details of how the show fits into the wider Marvel Cinematic Universe. We know the show is set within that universe, but it remains unclear how, and if the Inhumans cast will interact with other characters from the universe.

It’s likely Marvel will wait to see how Inhumans is received before it starts considering such cross-overs – though we do know there will likely be some crossover with ABC’s other big Marvel show Agents of SHIELD. In the mean time, Inhumans has already faced some significant criticism ahead of its debut, with the initial teaser trailer yielding negative responses from fans and a press screening of the first episode also being met with some criticism. 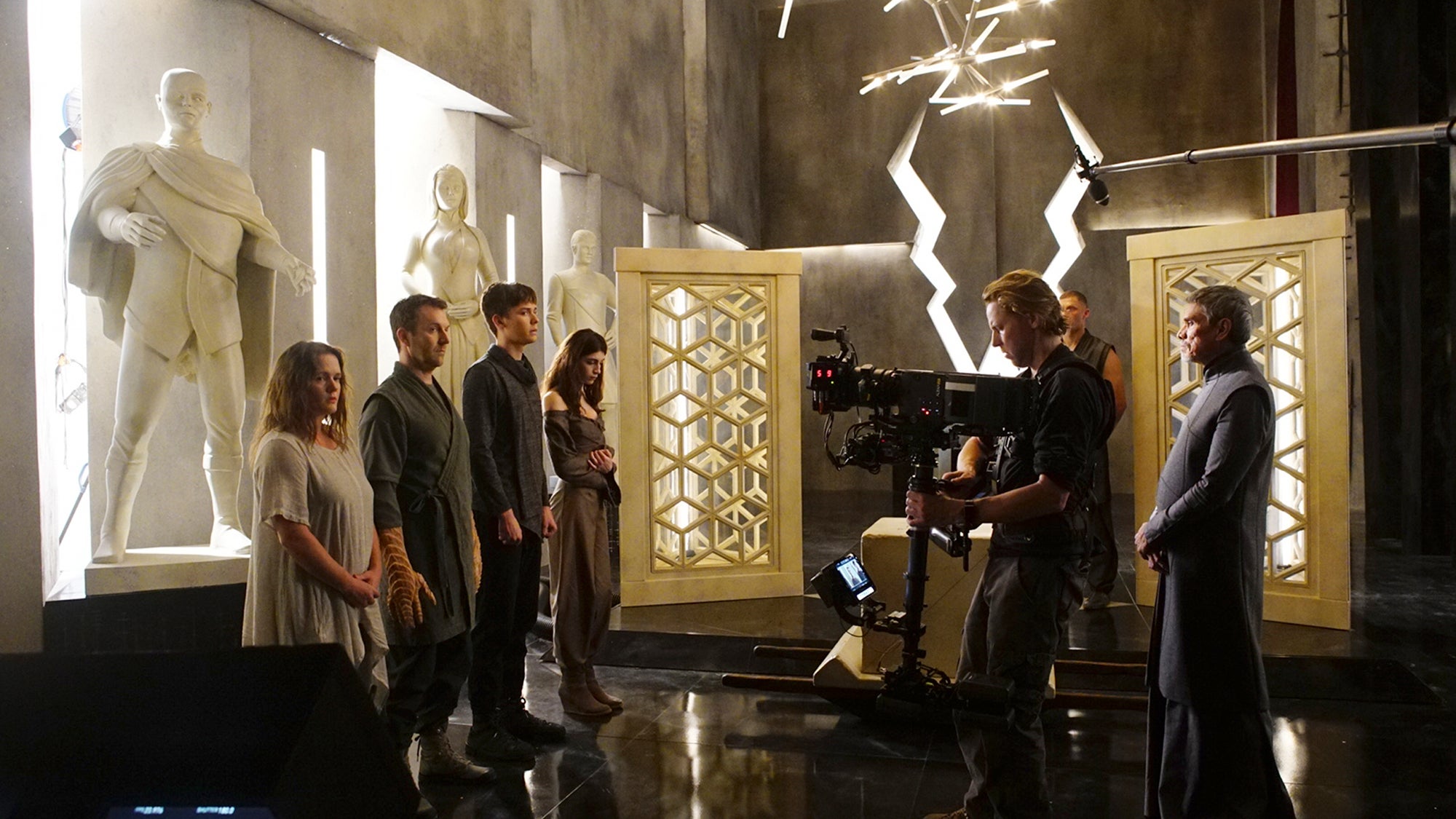 Still, Reine remains optimistic about the show, especially the partnership with IMAX, which he says is a positive step in the ongoing evolution of TV shows:

“For me, TV series now are such high quality, and I feel that a lot of television is so much better than movies in the theatre. But still, we are experiencing it on our TV at home, where you’re distracted by your Twitter account, or your family that comes in, or a dog that’s barking. Or you watch it on your iPhone in the subway.

“So I think bringing the quality of this TV back to a theatre where you really have an experience to be in a black room surrounded by sound and big images, I think would be a good step. I would love to see a whole season of something great in an IMAX theatre.

“Who doesn’t wanna watch 20 hours of Game of Thrones in a theatre? I would.”

Whether people will say the same of Inhumans remains to be seen, but the show certainly seems to have a lot going for it. Don’t count it out just yet.

Marvel Inhumans: Plot and what we know so far

The show will focus on the relationship between two brothers, Black Bolt (Anson Mount) and Maximus (“Game of Thrones'” Iwan Rheon). Maximus wants the Inhumans to relocate to Earth, as he sees it as the species’ rightful home. Black Bolt, the king of the Inhumans, is resistant to his brother’s wishes, causing a bit of rift among the characters. Oh, and it’s worth mentioning that Black Bolt’s voice can cause mass destruction, even with just a whisper. As a result, you have a central character that won’t be saying a word throughout the season. Instead, actor Anson Mount developed his own form of sign language, based on the real thing, specifically for the show.

Black Bolt’s wife and Queen of Attilan Medusa (Serinda Swan) also faces pressure from Maximus to relocate the species, but remains loyal to her husband. Medusa’s power is that she can control her hair. Fans were very upset that there wasn’t much of this hair manipulation stuff going on in the first trailer, but director Roel Reine has promised much more of it in the final episodes.

So, what actually happens during the first season. Well, Maximus actor Iwan Rheon says the show will be an origin story, setting up the situation as it appears in the comics. He told ABC:

“In most of the literature, the story’s already started and the characters are sort of established, whereas this feels to me a lot more like an origin story. Where we pick up the story of Inhumans is not what’s necessarily in all the literature.”

A trailer released during this year’s Comic-Con shows how Maximus tries to convince his fellow Inhumans to strike against humanity before his people are discovered on their moon retreat.

It all sounds a bit grim doesn’t it? Well, there’s sure to be some levity brought to proceedings by Lockjaw the giant dog. Yes, one of the main characters is a huge CGI dog that can teleport. Here’s a short clip showing the magical pooch in action:

Director Roel Reine told us a lot of work went into Lockjaw, especially his teleporting effect. “For me doing a full CGI character on TV, which has never been done before, is really a challenge,” he said. “I wanted the teleportation to seem really organic – it should not be a Star Treky lightning flare, it should be something very organic. So I pitched the idea of a kind of vaporised sand or dust that goes away to one corner, and then comes back as a dust. They loved that idea.”

Here’s a full list of the cast members and a brief description of each:

Anson Mount as Black Bolt  – King of the Inhumans and leader of the Inhuman Royal Family, his voice can cause devastation, leading him to communicate with sign language.

Serinda Swan as Medusa – Wife of King Black Bolt and sister of Crystal. She has the power to control and manipulate her hair.

Iwan Rheon as Maximus – Brother of Black Bolt, the on-screen version will reportedly be less of a villain than the character in the comics.

Eme Ikwuakor as Gorgon – Leader of Attilan’s armed forces, Gorgon is Black Bolt’s cousin and can create seismic waves with his hooves.

Ken Leung as Karnak – The Royal Family’s strategist, Karnak is also an advisor to Black Bolt.

Sonya Balmores as Auran – Head of The Inhumans’ Royal Guard.

Ellen Woglom as Louise – Louise doesn’t appear in the comics, and her role remains unclear.

Mike Moh as Triton – This Inhuman can survive underwater.

We’ve so far had two trailers for the show, the first of which didn’t go down too well with fans. The second, debuted at Comic-Con 2017, seemed to be received better. Here they are so you can decide for yourself. First, the original trailer:

And here’s the one that was shown at Comic-Con:

And that’s your lot for now. Check back in the coming weeks as we’ll be updating this page with all the latest information on Marvel’s Inhumans as it become available.