The Defenders release date: All you need to know about the upcoming Marvel’s Defenders show from Netflix, including Defenders cast, release date, trailers, news, and rumours.

Netflix is gearing up to bring all its ‘street-level’ Marvel heroes together in The Defenders. The show will see Daredevil, Jessica Jones, Luke Cage, and Iron Fist – all of whom have appeared in their own Netflix series – team up to take on The Hand – an evil organisation that’s been making life particularly difficult for Daredevil and Iron Fist.

Naturally, anticipation is high for what will essentially be Netflix’s version of The Avengers – all these characters exist in the same Marvel Cinematic Universe as their more high-profile counterparts. This will be the first time we see the four crime-fighters working together, and we’re sure it’ll be an event worth binging.

So, when is the show arriving? What exactly do we know already? Who else is starring, and what on earth is going to happen as a result of this great confluence of Netflix Marvel heroes? Here’s a full rundown of answers to those very questions. 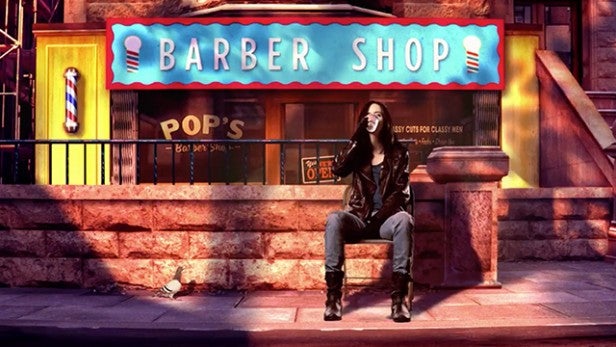 The third and final trailer for the show has just arrived, and it teases a massive fight for the good city of New York. With the show set to debut this Friday, anticipation is high, and this latest clip will likely go a long way to boosting that enthusiasm. Here’s the trailer:

Subtitled “The War for New York,” the latest trailer shows the team of heroes dining in a Chinese restaurant, before giving us glimpses of Sigourney Weaver’s villain, Alexandra, who utters the best line of the whole thing: “They haven’t lost everything. Not Yet.”

So, when will The Defenders unite? Well, thanks to a cryptic teaser trailer, we know the exact release date for the upcoming series.

The Defenders will hit the streaming service on August 18 this year, which gives you plenty of time to watch all the episodes before Stranger Things season 2 arrives on Halloween.

Here’s the trailer that brough the release date news:

As you can see, the time stamp in the top right hits 08.18.20:17 just as Jessica Jones destroys the security camera. And if that’s not conclusive enough for you, the IP address in the top left yields further evidence.

The address leads to a fake NY Bulletin site, at the bottom of which, a disclaimer reads: “Watch ‘Marvel’s The Defenders’ All Episodes Streaming Only on Netflix August 18.”

Looks like we’ll be getting all episodes at once, then. There’s eight episodes in total, and all will be available in HD, 4K, and HDR. Prepare to binge.

The Defenders – What do we know?

As with all the other shows, The Defenders will all take place in New York, uniting Daredevil, Jessica Jones, Iron Fist, and Luke Cage for the first time.

The villain for this particular outing will be played by none other than Sigourney Weaver. At this point, we don’t know a whole lot about her character, Alexandra, but we’re sure more will become clear as the show approaches.

Here’s the first image of Weaver from the show, via Entertainment Weekly: 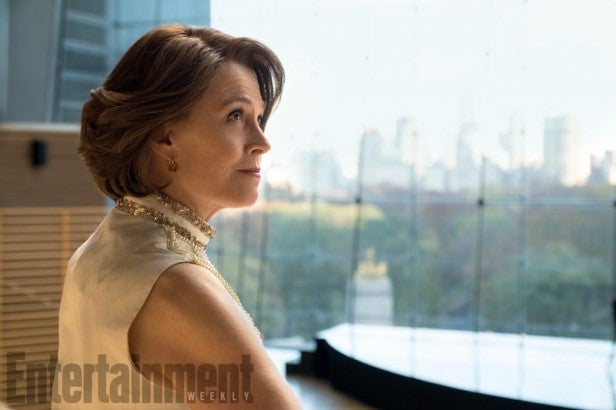 Doug Petrie and Marco Ramirez are on showrunning duties, which bodes well for the series, as they have both served on Marvel properties before. Both served as showrunners for Daredevil‘s second season.

Ramirez spoke to the LA Times about the show, revealing some details about what to expect: “We get to lean into the messiness, and the haste, of these four all thrown together dealing and working professionally with each other.

“Daredevil, the trained boxer of the group, just wants every punch to be the last. Luke Cage plays defense — he’s the guy who will cover a child, he will use his body defensively,.

“Jessica Jones just wants the fight to be over, takes no joy in it and detests every part of the act, even the build up. That, as an attitude, is so much fun to watch once she’s fighting.

“Danny Rand is kind of hot-headed, a little more naïve than the others. He’s very eager and gets himself into fights and bites off more than he can chew, a lot.”

Netflix has been on somewhat of a hot streak, and not just with its Marvel-licensed shows, but with its own original series generally. In the case of the former, we’ve had standalone seasons for each member of The Defenders, with Luke Cage, Jessica Jones, and Iron Fist all debuting in their own series, while the show that started it all, Daredevil, now has two seasons on the streaming service.

For the grand team-up, Netflix has decided to set The Defenders a few months after the events of Daredevil season 2, and a month after Iron Fist’s first season. In other words, The Defenders will showcase the latest goings-on in the Netflix section of the MCU. What’s more, the show’s story will reportedly take place over the course of two days, so get ready for things to move quickly.

We also know the group will be taking on The Hand as part of the show. That’s the shady group that’s been at core of all Daredevil and Iron Fists problems of late. How Sigourney Weaver’s antagonist fits into that dynamic, we’re not sure, but the actor previously told Movies.com: “Basically the four heroes come up against this really nice woman, who I’m playing.” Really nice? That was a joke according to the site. 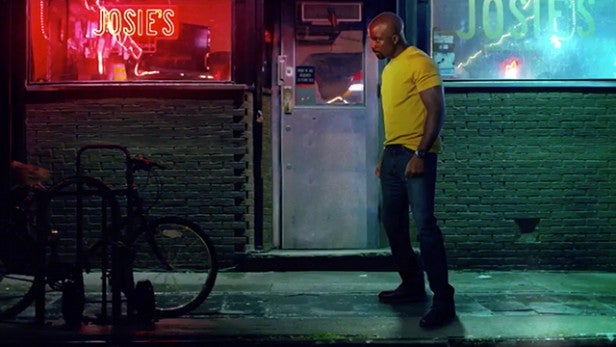 In the same interview, Weaver also hinted at a possible “apocalyptic” event, though just what that could be remains unclear. Showrunner previously Marco Ramirez told EW: “We knew it would take something massive to pull these four characters from their individual worlds to work together, but also small enough that it felt like it existed in our world.” Could that also be a reference to this apocalyptic event?

And here’s the full trailer:

And a promotional clip from Netflix that surfaced in June:

Netflix hit us with this new poster for the series in late June: 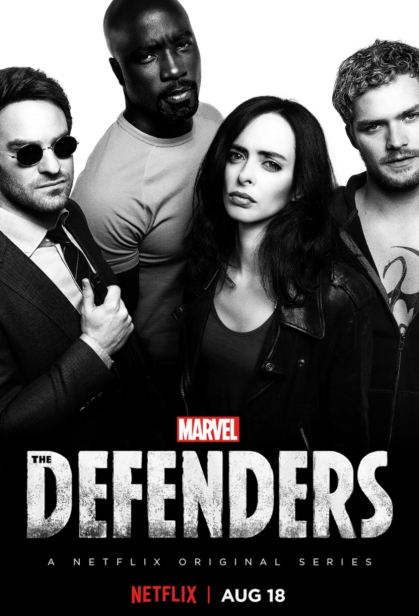 Prior to that, the best look we got at the cast together came courtesy of Entertainment Weekly. You can see the full gallery over on the site, but here’s a few of the shots from the feature: 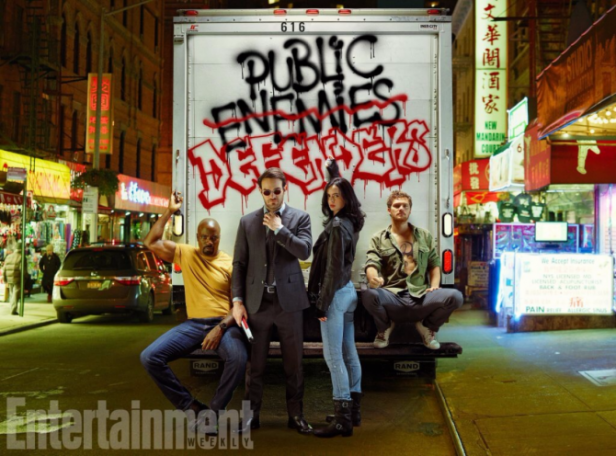 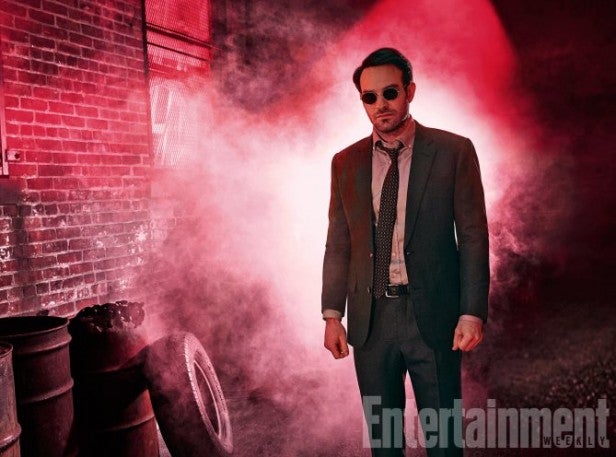 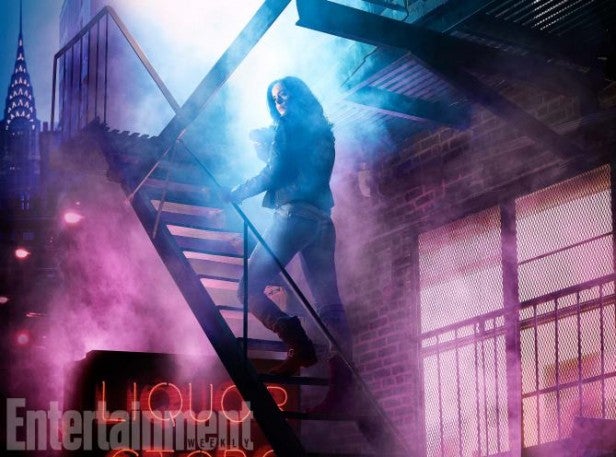 What are your predictions for The Defenders? Let us know in the comments.