Apple took to the stage at its “One More Thing” event last night to give us our first look at the new M1 chip, and the announcements didn’t end there. The company unveiled not just one, but two, laptops sporting the new chip.

Along with the new Mac mini, the MacBook Air and the 13-inch MacBook Pro are the first Mac computers to be powered by Apple Silicon. Apple confirmed it would be beginning the transition from Intel processors to its own Arm-based chips back in July, with the first Mac to be unveiled before the end of the year.

The three Macs are the first three computers to include the M1, giving us our first look at the chip in action. But, with two laptops to choose from, which should you pick?

The new MacBook Air and 13-inch MacBook Pro will both be available from selected Apple Store locations and through Apple Authorised Resellers from 17 November.

However, if you want to be the first to get your paws on the new laptops, you can pre-order them both from Apple’s website today.

MacBook Pro with M1 vs MacBook Air with M1 – Price

There are two versions of each laptop to choose from, with the price varying depending on what specs you’re looking at.

As expected, the MacBook Air is the cheapest of the two no matter which version you opt for, although there’s only £50 between the fully-specced Air and the base model of the Pro. Which you opt for ultimately comes down to what you’re looking to get for your money. 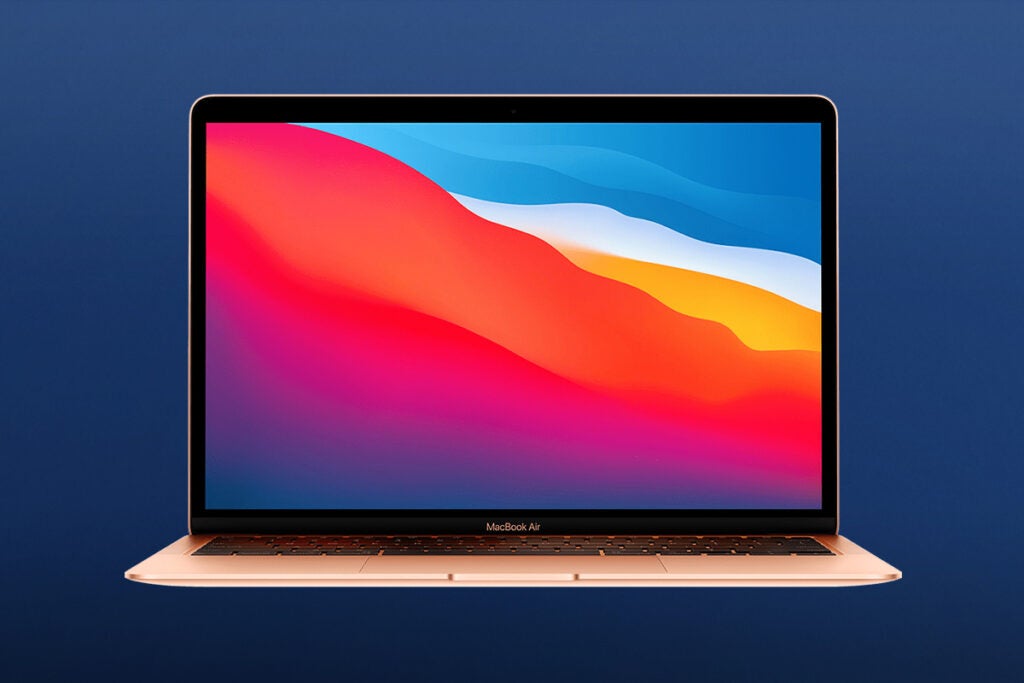 MacBook Pro with M1 vs MacBook Air with M1 – Specs

There’s surprisingly little between the Air and the Pro models. You can see both laptops at a glance using the comparison table below, but the key differences comes down to the GPU and storage.

While both the Air and Pro use Apple’s M1 chip, the Pro packs an eight-core CPU (four performance cores and four efficiency cores), an eight-core GPU and a 16-core Neural Engine at its base price.

The Air only includes an eight -core GPU in its higher priced model, with the base version only including seven cores. Other than that, the CPU and Neural Engine appear to be similar regardless of which model you opt for.

The amount of RAM and storage is also configurable.

MacBook Pro with M1 vs MacBook Air with M1 – Performance

It’s difficult to compare the performance of the two laptops without having gotten the chance to review them yet. Nevertheless, Apple seems positive about the performance boost afforded by the M1.

The MacBook Air, on the other hand, has a three and a half times faster CPU than its predecessor. The laptop also takes advantage of five times faster graphics and nine times faster machine learning.

SSD performance is two times faster for speedier file imports and the battery life is the longest seen on an Air laptop, offering 15 hours of browsing and 18 hours of Apple TV playback in one charge – just four hours less than the Pro.

Again, its difficult to compare the performance of the two laptops without running our own tests, so be sure to keep an eye on Trusted Reviews to catch our full, in-depth reviews when they drop. 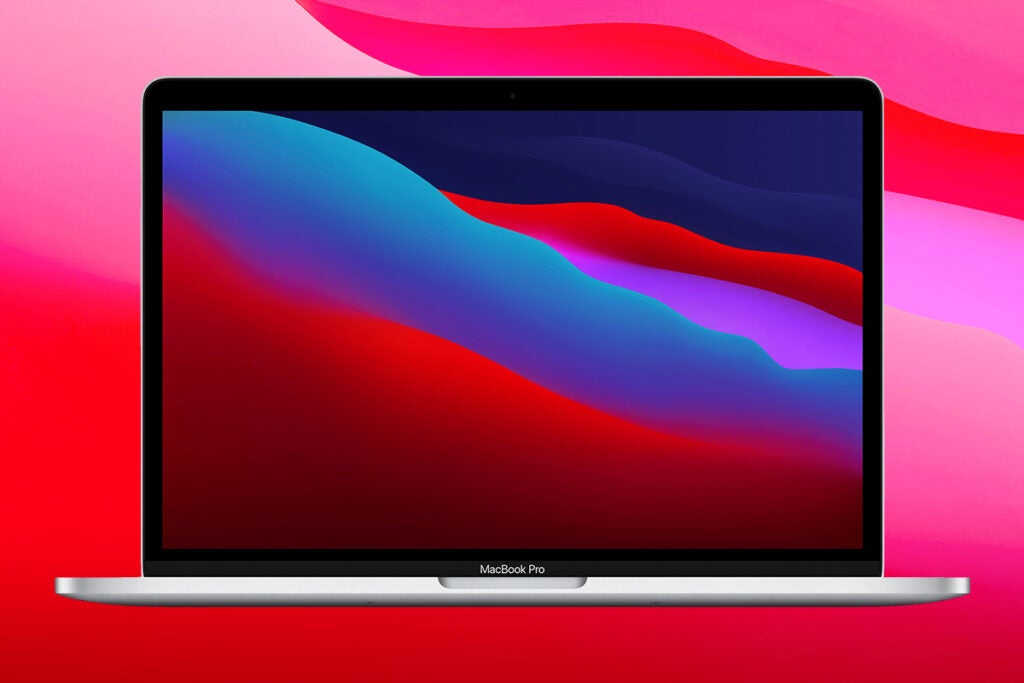 MacBook Pro with M1 vs MacBook Air with M1 – Keyboard

Both laptops take advantage of Apple’s Magic keyboard, as opposed to the now-ditched controversial butterfly switches.

As with previous generations, the MacBook Pro and the MacBook Air look pretty similar. In fact, the biggest differentiator is the name of the laptop below the display.

The Pro benefits from the addition of the Touch Bar, while the Air is marginally lighter making it slightly more portable. Both laptops are available in Silver and Space Grey, while the Air also comes in a third colour, Gold.

Both the Air and the Pro include two Thunderbolt/USB 4 ports that support charging, DisplayPort, Thunderbolt 3 and USB 3.1, as well as a 3.5mm headphone jack.

Both laptops also include the 720p FaceTime HD camera, which is capable of capturing higher quality images, greater dynamic range and improved white balance thanks to the new ISP in the M1 chip.

There really isn’t much between the newly announced MacBook Pro and the MacBook Air. In the past, the Pro has traditionally benefited from a more powerful processor but, with the M1 found inside both of these laptops, it doesn’t look like there’s much of a difference this time round.

So right now, the main reasons to get the Pro over the Air is for the slightly bigger battery and the premium feel of the Touch Bar. But if you’re looking for a laptop primarily for browsing and working on documents, the Air will allow you to get your hands on the new chip for less than £1000.