Apple has launched the 13-inch MacBook Pro with M1 chip, with the new Apple Silicon processor seemingly giving the laptop a big upgrade for performance and battery life.

The new 8-core processor is said to make the dinky MacBook’s CPU performance 2.8x faster than the previous Intel model. What’s more, the 8-core GPU has supposedly seen the graphics performance a whopping 5x faster, allowing the lightweight laptop to engage in heavy workloads such as 4K video editing and 3D animation.

However, it’s the upgraded battery life that will probably make the biggest impact. Apple claims the new MacBook Pro can keep on chugging for up to 20 hours before requiring a recharge, which is double the stamina of the Intel mode.

Apple has also reiterated that the move to Arm architecture will mean developers will have an easier time offering cross support between iOS and macOS devices. This means the new MacBook Pro will gain access to a wider pool of Apple applications than previous Macs.

Keep on reading for more information on the 13-inch MacBook Pro, and keep your eyes on Trusted Reviews for our upcoming review.

The new 13-inch MacBook Pro is available to pre-order right now, launching next week on 17 November.

The new MacBook Air and Mac mini will also launch on this date, marking the first step in Apple’s transition over to Apple Silicon.

The older high-end Intel models are still available to buy from £1799, but expect these configurations to be a placeholder until Apple’s M2 chip arrives. 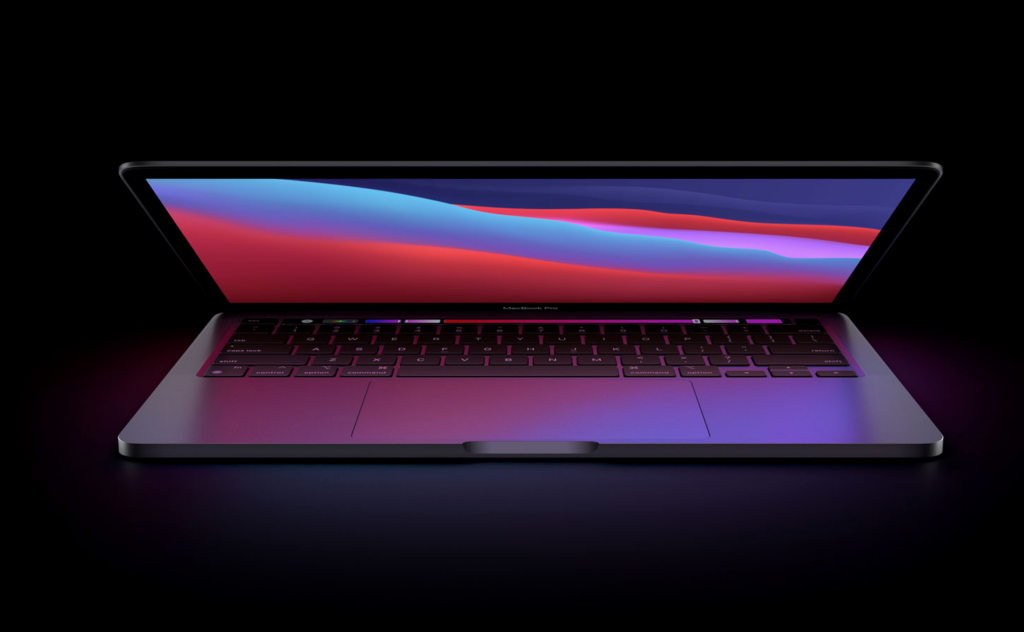 It’s also expected that the MacBook Pro will see a new M2 chip option next year, potentially replacing the Intel models that are still available in high-end configurations. This M2 chip could see up to 12 CPU cores if rumours are to be trusted, although nothing has been confirmed by Apple.

It’s also been claimed by Apple that the max battery life has doubled from 10 hours to 20, which is a staggering improvement if accurate. This is the longest battery life ever seen from a MacBook, emphasising the colossal benefits offered by the Arm architecture of Apple Silicon.

Unfortunately, Apple didn’t update the design of the 13-inch MacBook Pro when introducing the new M1 chip. That mean the laptop features the same 13-inch Retina screen, Magic Keyboard and chassis as the Intel model that launched earlier this year.

Many were hoping the bezel would have been slimmed down, potentially pushing the screen size down to 12-inch, but this doesn’t seem to be the case. Apple revealed that the new MacBook Pro will weigh 1.4kg, just like it did before.

Wi-Fi 6 was at least confirmed to be supported, which means you can get consistent and speedy network speeds when connected to a compatible router. The MacBook Pro will also see two Thunderbolt ports with USB 4 support.