We were enthusiastic about the Lypertek TEVI when they emerged in 2019, giving them a full-fat five stars. Now Lypertek has announced an even cheaper effort based on those award-winning earbuds.

The Lypertek LEVI (£69.99) look set to bring the sound quality of the TEVI to a cheaper price point. In terms of design, comfort and fit have been prioritised, with the shape of the earbuds based on the contours of the ear to fit securely and comfortably, as well as block out external noise through its noise isolating design. Lypertek say the earbuds will suit a number of activities, from commutes to fitness workouts.

Lypertek has also taken a different route with its interface. Rather than place touch controls on the spherical contact plate, the buttons are located on the side of the earbud, meaning listeners won’t be able accidentally push them. It also means there’s no need to push the earphones into the ear, which can cause discomfort for some. The multi-function button is for playback, skipping tracks, volume control, answering calls and activating ambient sound mode and voice assistants. 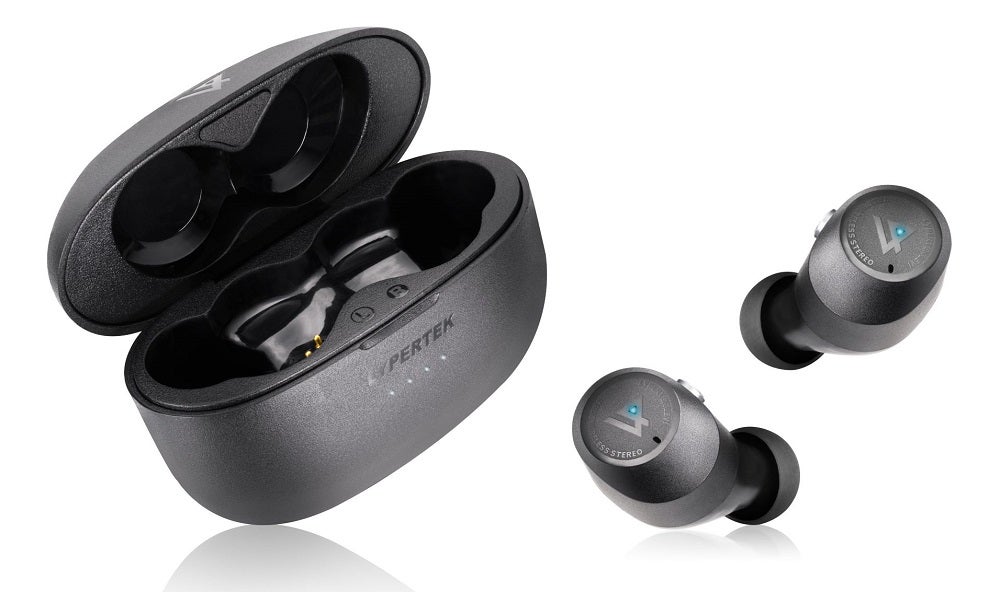 Ambient sound mode wasn’t present on the TEVI, but its inclusion here should help those who want to have a conversation with others. Battery is less than the TEVI, dropping down to a still massive 8 hours from the earbuds and 40 from the charging case.

The charging case is said to be less chunky than the TEVI’s, and a 15 minute charge offers two more hours of playback. The case also supports wireless charging and features a textured finish to avoid smudges or fingerprint markings. The LED indicator lights are placed on the front for a quick glance to see how much battery is left.

With 6mm dynamic drivers, Lypertek claims that the LEVI can deliver a powerful sound with clarity. There’s support for AAC and SBC codecs but no room for aptX. The wireless standard of choice is Bluetooth 5.0 and the wireless earbuds feature a water resistance rating of IPX5, so should be able to withstand a bit of the British weather.