LG V30 vs LG V20: What’s the difference and which LG phone is best?

LG has just unveiled its latest flagship at IFA 2017, but is it a true rival to the LG G6? We compare the specs, design, camera, features, release and price to see how LG’s latest and greatest stacks up against its earlier launches.

That didn’t take long then, did it? It seems like only yesterday we were at MWC 2017 ogling the LG G6 and yet here we are – a few hundred miles away in Berlin, taking in a very different smartphone in the LG V30.

What’s the difference, you ask? We’re here to explain.

This is the big one. The LG V20 was a fine-looking phone. It mixed plastic and metal in a body that was big, but one that held its heft well.

LG has upped its game here. The V30 is smaller, thinner and so much better-looking. The first thing you’ll notice is the predominantly all-screen front; it’s almost bezel-free. The screen edges are also slightly curved, as is the rear of the device, making it far easier to hold than the previous entry in the ‘V’ series. 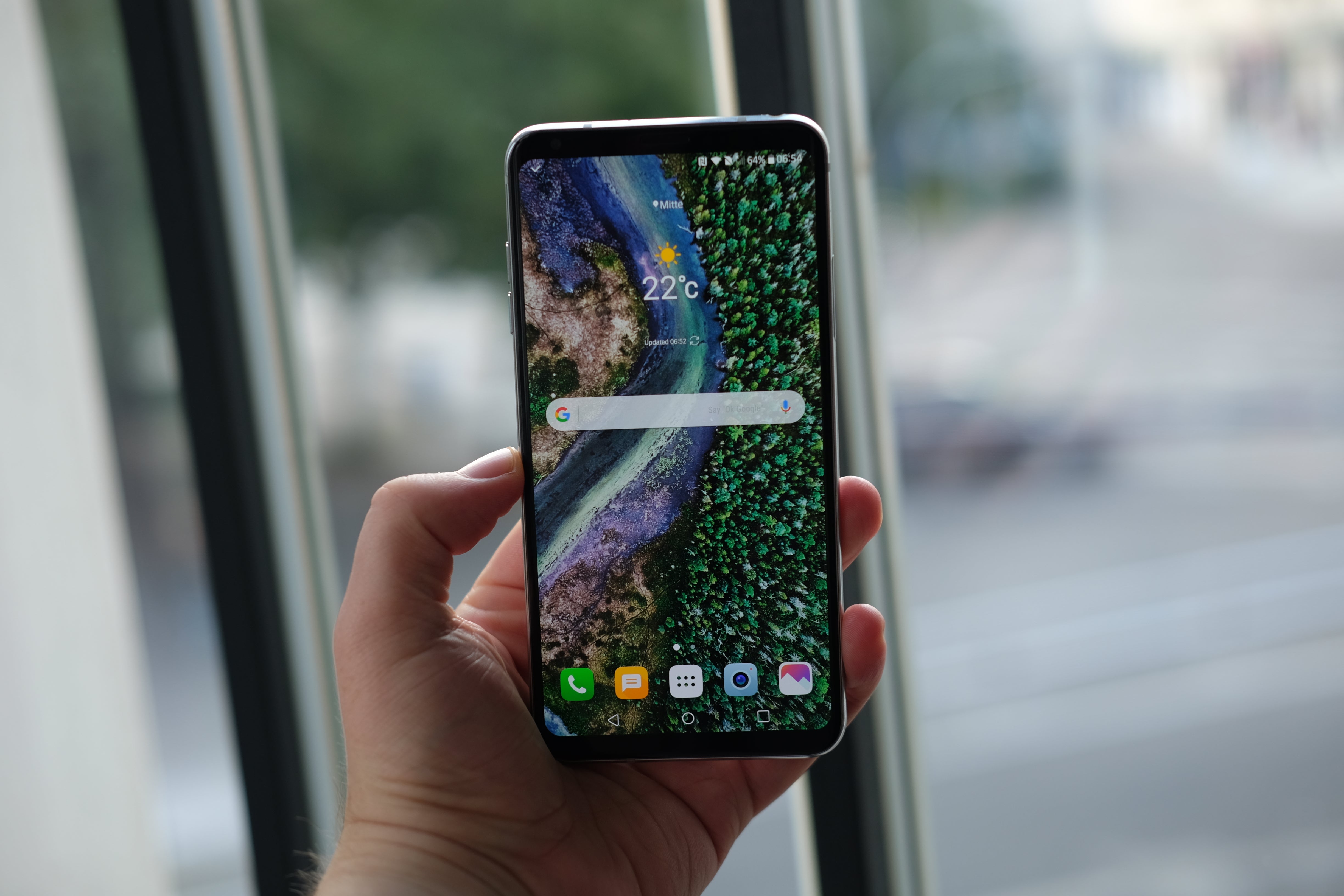 The V30 lacks a secondary screen, which in the V20 sat above the main display and was one that device’s most iconic features.

The new handset is available in four colours – black, silver, blue and purple; one more than the V20, which originally shipped in a dark ‘Titan’ grey, silver and pink.

Phwoar! Or is that, huzzah?! Whatever the case, the LG V30 is shaping up to be quite the beast.

It boasts Qualcomm’s top-end Snapdragon 835 processor, an enlarged 6-inch screen (compared to the smaller 5.7-inch one on the V20), and Quad DAC support for improved audio through your headphones. That final feature might not be new to readers in the US and South Korea, but we in the UK missed out on the LG V20 altogether and our version of the G6 lacked this DAC, so it’s a big deal indeed.

LG has ditched LCD panels in favour of an OLED one for the V30, whose screen delivers more vibrant colours and deeper blacks than the V20. It also supports the HDR10 standard for better contrast on supported videos.

There are significant upgrades in the camera department too, although both the V20 and V30 have one 16-megapixel camera that’s paired with a secondary wide-angle unit. The V20 had a 8-megapixel secondary camera, but the V30 ups that to 12-megapixels. 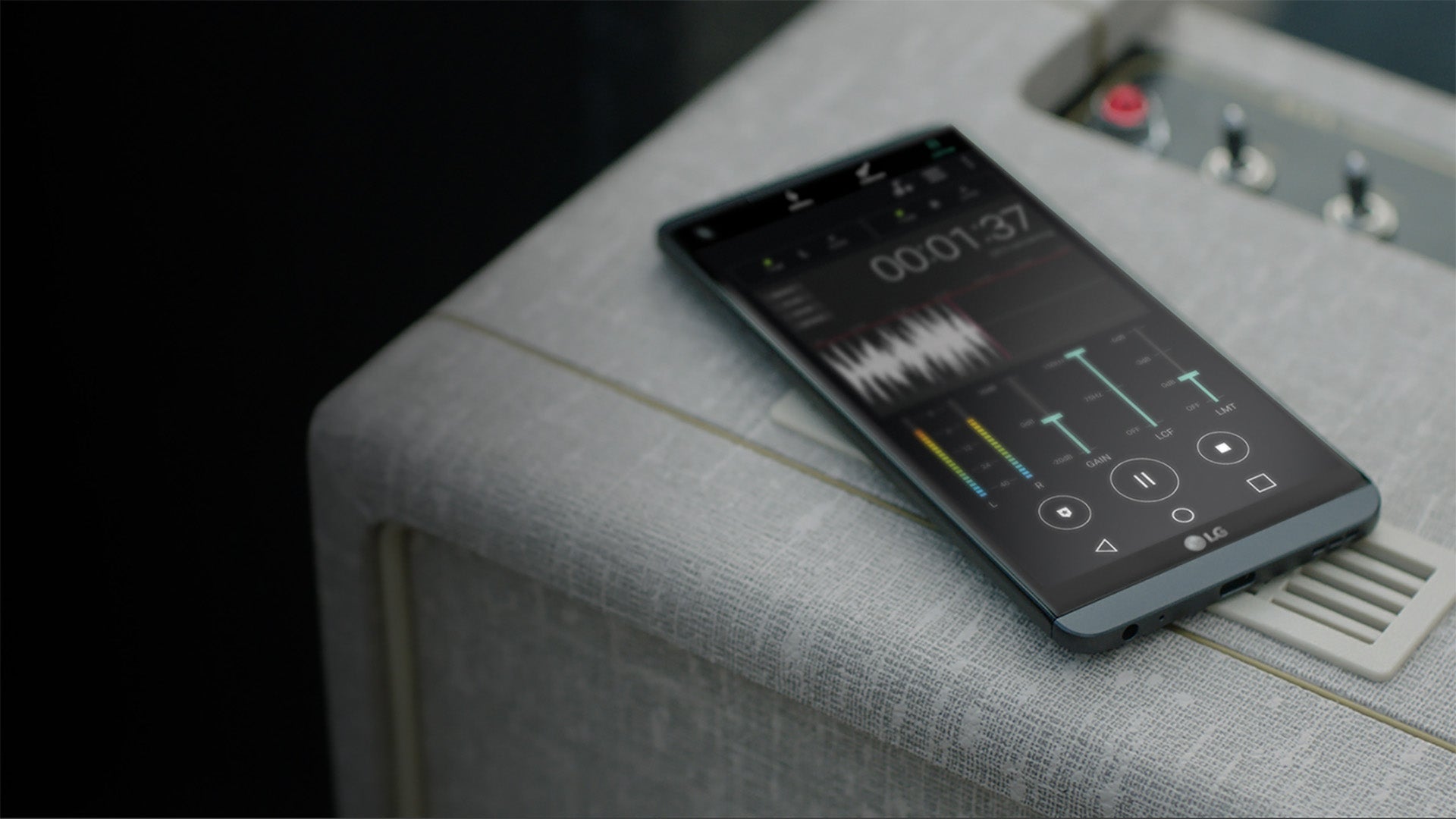 Arguably the biggest addition to the camera is the wider f/1.6 aperture, which should allow for far better low-light snaps. Moving on from photography to videography, the V30 can shoot in a format called LG Cine Log, which allows for the addition of neat movie-inspired colour-grading filters to be added. This wasn’t available on the V20.

Android O? This isn’t going to ship with the phone, but will arrive as an OS update later.

We haven’t tested either in full, though, so we advise waiting for our final review verdict before buying either device based purely on its spec sheets.

This one’s kind of academic, because unless you were exceptionally adept at importing locked phones from the USA, you’re unlikely to have seen the LG V20 in the flesh – let alone in your mitts.

The LG V30? Well, the South Korean firm clearly feels it has a potential foothold in the Western smartphone market, and will make the LG V30 available for purchase along these shores later in the year.

What we don’t have yet is a price – although the V20 sold for a premium on contract and, as such, we’d expect to see a similar price here.

Well, you can’t buy the LG V20 in the UK, but you’ll be able to buy the V30 eventually; if you really want LG’s latest, then your mind is probably made up.

Note that there are numerous other Android flagships around, however. At the more premium end of the spectrum, the Galaxy Note 8 could be hard to beat, while ‘flagship killer’ – the OnePlus 5 – is exceedingly compelling for the price.

Your final decision will depend on your priorities, and while we’d encourage you get excited about what the LG V30 might offer, we can’t help but feel there may be better phones out there worthy of your attention.