LG has finally launched its Android Pay rival after months of speculation, but the rollout is, shall we say, somewhat limited.

Earlier this year Reuters reported the South Korean firm was gearing up to launch its LG Pay service in June.

Now, as the report claimed, the wireless payment service has gone live, and it seems another aspect of the report was also accurate: it’s only available on one phone in one country.

Yes, LG has opted to stick to its native South Korea for the launch, with only the LG G6 being compatible with the payment service for now.

LG Pay arrives on South Korean users’ G6 handsets via an update, and will allow users to register up to 10 payment cards, including credit, membership, and transportation cards. 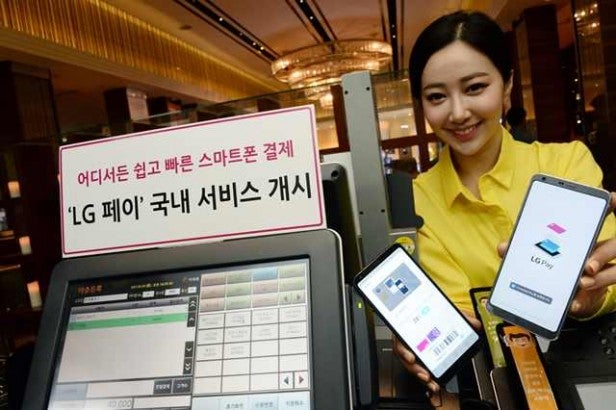 Much like with Android Pay, LG’s alternative lets users tap their phone against a card terminal, with a fingerprint scan also required to make payments.

As the company explains in a release accompanying the launch: “LG Electronics plans to expand its ‘LG Pay’ functions by offering various services such as online payment and banking services.”

Kim Hong-joo, executive director of the MC Product Planning Group at LG Electronics, said, “We will provide customers with safe and convenient next-generation mobile payment standards with ‘LG Pay’, which enables customers to easily and quickly settle their smartphones anywhere.”

The company is giving nothing away when it comes to a wider launch, so for now it remains unclear when or if other countries and phones will gain support for the new feature.

LG’s wireless payment service will have to compete with the likes of Samsung Pay, Android Pay, and Apple Pay, all of which have a head start over their new competitor.

The reason for LG arriving late to the party, according to reports earlier this year, was that the firm was waiting to sign deals with South Korea’s largest credit card suppliers.

Whether that’s what’s delaying an international launch remains unclear, but seems likely at this point.

Let us know if you’d like to see LG Pay make it outside South Korea in the comments.