LG has released an invitation and teaser video for its upcoming August 7 event, strongly tipping the LG Optimus G2 for a summer arrival.

The long-confirmed LG Optimus G2 could launch at the international media event LG is holding on August 7 in New York.

The South Korean electronics manufacturer has released formal invitations and a teaser video for the New York-based event with the tagline “Great 2 Have You”, likely to be a strong reference to the upcoming Optimus G2 flagship.

With the August 7 event confirmed just days after LG confirmed that the LG Optimus G2 will run on a Snapdragon 800 CPU, it was already very likely that the next LG flagship would make an appearance at the New York event.

LG had already confirmed to TrustedReviews that the LG Optimus G2 would definitely launch in Q3, so this August event fits perfectly with this release schedule.

LG Optimus G2 Features
Already confirmed to be a super slim smartphone that reportedly may even be too thin for traditional buttons for volume controls or a power button, the LG Optimus G2 will run on Qualcomm’s cutting-edge Snapdragon 800 CPU.

This CPU would mean the LG Optimus G2 would be 75 per cent better than its LG Optimus G predecessor in terms of performance, not to mention the LG manufactured Google Nexus 4 or rival Sony Xperia Z.

Due to its thin body, the flagship should feature an unusual button array. In fact, the latest leaked image showed the LG Optimus G2 pictured with rear volume buttons situated just below the camera.

The latest rumours suggest the Optimus G2 will come with a 5.2-inch 1080p LCD IPS screen surrounding by an ultra-thin bezel to keep the phone’s body slimline.

Potentially also packing a 13-megapizel rear camera with shot enhancing optical image stabilisation, the LG Optimus G2 could rival the HTC One or Nokia Lumia 925 in terms of camera functionality. 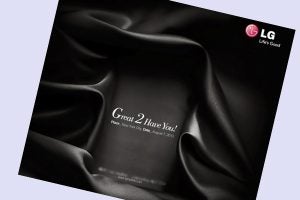