At an event in NYC, LG has just unveiled the next flagship device in its G-series of handsets. The G7 ThinQ replaces the G6 and will sit alongside the V30 in LG’s high-end lineup.

Competing as a flagship is a tough business, especially when the rivals are so strong – one of the G7’s most significant rivals is Samsung’s Galaxy S9. But which of these Android phones should you consider for your next upgrade?

Internally, there are many similarities between these two phones. Both run the latest mobile processors – a Snapdragon 845 in the G7 and US versions of the S9, with an Exynos 8910 powering the European S9. Both have between 4 and 6GB of RAM, and storage starts at 64GB and is expandable via microSD.

One of the biggest differences is screen type. The Samsung Galaxy S9 comes in two sizes (5.8-inch and 6.2-inch), while there’s only a single variety of the G7 at 6.1 inches. Resolution across all  is identical at quad-HD+, but Samsung uses OLED tech as opposed to LCD used by LG. 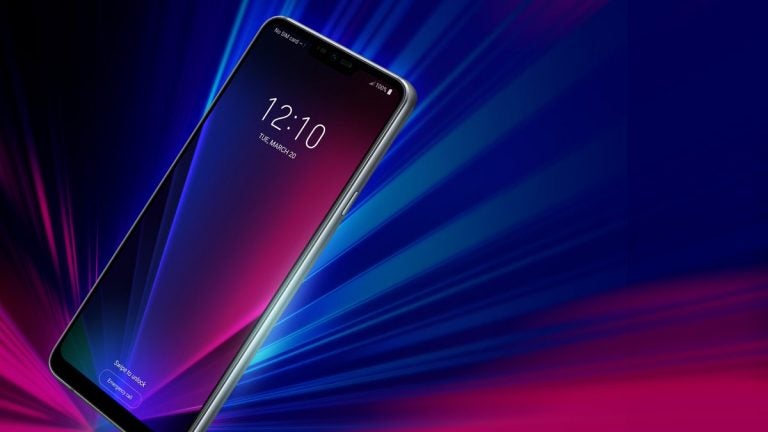 While OLED is generally considered the superior screen tech, LG shipped the V30 with an OLED that was pretty poor, so the switch back isn’t too much of a shame. LG is also hyping up the brightness levels of its new display, which it claims can hit 1000 nits. Samsung’s Galaxy S9 can hit these levels, too, but this isn’t something the user has control over.

Both displays support HDR10, meaning you can view high dynamic range content via Netflix and other supported services.

Another point of difference between the two brands of phone is the camera. On the rear of the Samsung Galaxy S9 you’ll find a 12-megapixel sensor with an aperture that switches between f/2.4 and f/1.5. The wider f/1.5 aperture is great for letting in light when it’s dark, while the f/2.4 is used for daylight snaps. If you plump for the S9 Plus, you get a secondary 12-megapixel sensor with a 2x focal length for improved zoom too.

Like the regular S9, the G7 sports a non-removable 3000mAh battery. We weren’t too impressed with the S9’s battery, so it will be interesting to see how the G7 fares. USB-C is the connection of choice for both devices and there’s quick-charging too.

Check out the spec sheet below for a full look at what these two phones are packing.

When Samsung switched up its industrial design with the release of the Galaxy S8 in 2017, everyone was impressed. Even though the S9 looks very much like its older brother, there’s still plenty to like.

The curved display that moulds into the curved back with only a sliver of metal in the middle certainly impresses. We’ve only had a short time with the G7 so far, but it doesn’t feel quite as high-end as the Galaxy S9.

Both phones have a headphone jack, so you don’t need to rely on dongles or Bluetooth, while the G7 takes this a step further by adding in a quad DAC for even better audio from your headphones. Both handsets benefit from water-resistance and each has a fingerprint sensor below the camera on phones’ rear.

Another new hardware addition to the G7 is a dedicated Google Assistant button. A single press of this brings up the assistant, while a double-hit opens up Google Lens. Interestingly, the S9 has a similar button: a Bixby button. Pressing this doesn’t bring up Google Assistant; instead, it enables Samsung’s Bixby virtual assistant.

LG hasn’t yet confirmed the G7 ThinQ’s price, nor when we’ll see the device on shelves – although we don’t envisage that it’s too far away. Samsung’s Galaxy S9 has been out for a few months now and retails for £739 and £869 for the S9 Plus.

While it’s far too early to say whether or not the LG G7 ThinQ is a better phone than the Samsung Galaxy S9, it’s fair to say it has a tough task ahead of it.