Following many weeks of leaks, LG has finally unveiled its latest flagship device: the G7. The G7 ThinQ (we’ll refer to it simply as G7 from now on) is the phone the company hopes will stand toe-to-toe with the might of the Samsung Galaxy S9, Huawei P20 Pro and the upcoming OnePlus 6.

While the G7 follows the G6 (read our LG G7 vs G6 right here), in many ways it’s actually far similar to the LG V30. The V30 was released towards the end of 2016 and while a V30 S ThinQ was unveiled at CES, that particular device was simply a storage bump.

But which high-end LG device is worth your cash? Let’s compare and see.

LG G7 ThinQ vs LG V30 specs and camera – Which is better?

Six months is a long time in tech, and while the V30 can’t be considered an ‘old’ phone, the spec-sheet can’t beat that of the LG G7.

As you can probably predict, LG has swapped out the Snapdragon 835 that powered the V30 for the brand-new Snapdragon 845. Qualcomm’s latest flagship mobile platform ups the CPU and GPU performance, adds support for faster LTE, and enables certain camera features that we’ll delve into shortly. Both phones ship with 4GB of RAM in the UK and 6GB in some other markets. Storage, too, will depend on the region; the G7 shipping with either 64/128GB and the V30 with either 64/128 or 256GB.

One of the biggest differences between the two phones is the display. While the resolution is the same at quad-HD+, the size of the panel and display tech are very different. The G7 takes a note from the iPhone X’s playbook (and the Huawei P20), toting a 6.1-inch 19.5:9 screen with a notch housing the front-facing camera. 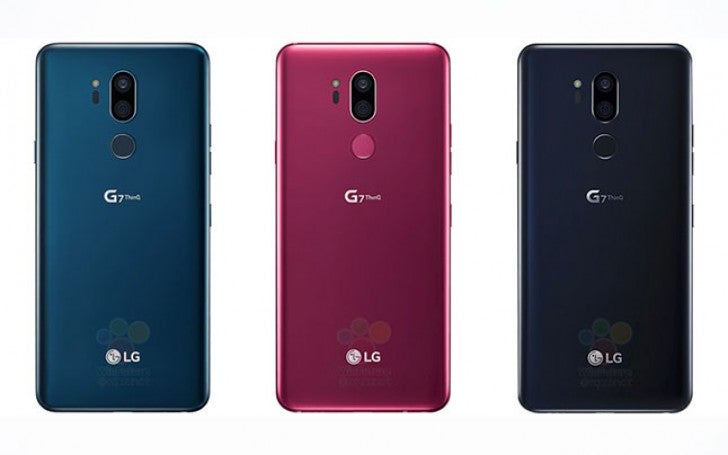 LG has also altered the type of screen it’s using. The V30 was the first LG phone to use OLED, but with the G7 the company reverts to using an LCD IPS panel again. To be honest, the OLED in the V30 was pretty poor, so this move might actually be a good thing. LG says the new panel can burn your retinas with 1000 nits of brightness for proper HDR and it covers the whole of the DCI-P3 colour gamut.

The notch will likely be a point of contention here and there are lots of people who are very much against it. However, with the amount of ‘notched’ phones coming in 2018 we’ll likely get used to it very soon.

The camera’s hardware has also been upgraded, with LG upping the dual-sensors’ resolution to 16 megapixels rather than 16 and 13. There’s a new ‘Super Bright’ low light mode that will improve night shots by binning (combing pixels) four of the captured pixels into a single, larger one. This is similar to the the Huawei P20 and its successful night mode. LG did introduce such a mode in the V30 S ThinQ, but we’re not sure how it differs to the G7.

Another new feature lets the dual-sensor rear camera automatically detect and optimise its settings for 19 different types of subject including animals, pets (not sure how they’re different?) and food. With the couple of food shots that we captured, the camera appeared to be a bit overzealous with upping the contrast and kept insisting we had a moody filter over the top. Hopefully, this will be toned in the final software. 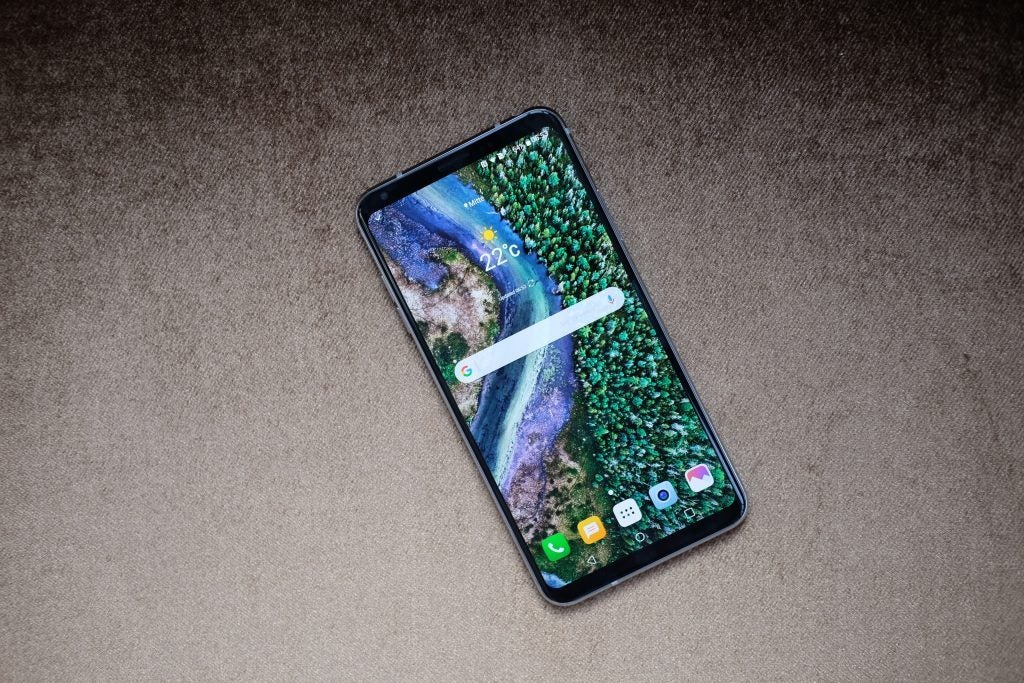 Battery capacity is one area where the LG V30 still retains a comfortable edge, with it featuring a larger 3300mAh cell rather than 3000mAh. However, LG has stated that power efficiency optimisations mean the G7 will actually offer better battery life than the size of the cell implies.

The handsets look quite different, but the LG G7 and LG V30 feel very similar in the hand. Both are built using a mix of glass and metal and feel extraordinarily light as a result. The G7 is narrower and taller than the V30; however, both are comfortable in the hand and will easily slip inside a pocket.

A slim bezel surrounds the display on both handsets, and they sport slightly curved backs to improve ergonomics. You do of course have to contend with the notch on the G7; whether this is an issue or non-issue will depend on your personal preference. LG has at least added the option inside Android 8 to disguise the notch, either by turning it a different colour or making it black.

Another new hardware addition to the G7 is a dedicated Google Assistant button. A single press brings up the assistant, while a double-hit opens up Google Lens. 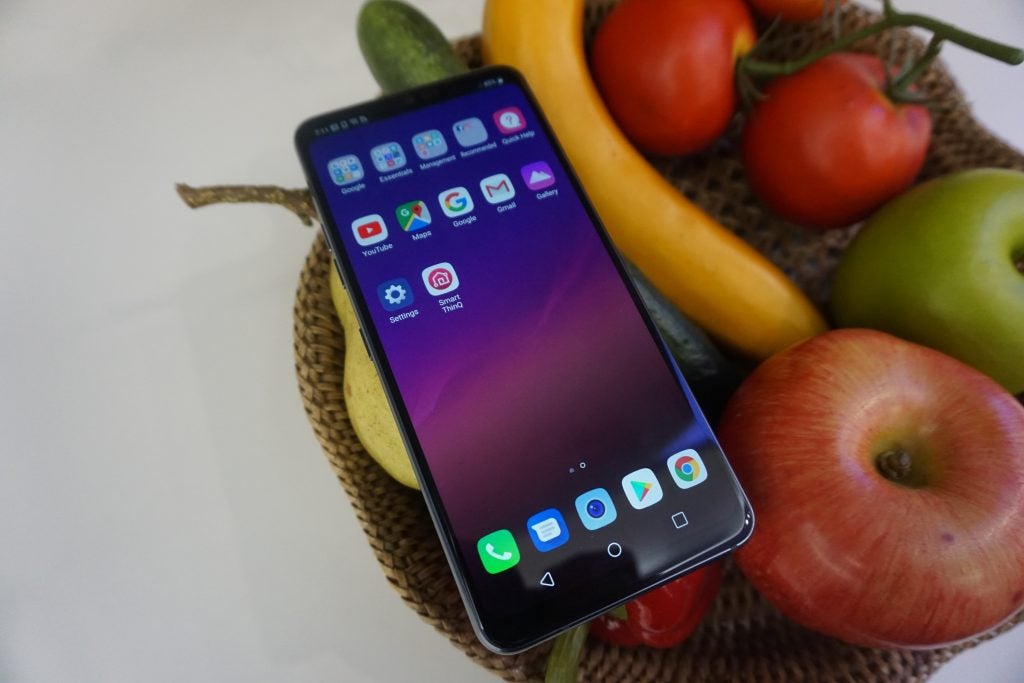 Both phones benefit from a headphone jack and an excellent sounding quad-DAC. With the trend being for most phone manufacturers to ditch the 3.5mm port completely, it’s nice to see LG actually improving it. Another feature shared by both phones is the fingerprint scanner on the rear of the device. Where they differ is that the V30’s fingerprint sensor doubles as a lock button, whereas the G7 features a separate standby switch on the side.

LG hasn’t yet confirmed a price for the G7 ThinQ, nor when we’ll see it on shelves. The V30 retailed for £799 at launch, but has seen numerous price drops since. It currently retails for £599.

Arriving only six months after the V30, the G7 doesn’t completely rewrite LG’s flagship selection. The switch back to OLED might seem like a shame on paper, but considering LG’s flawed attempt in the V30, it could be a blessing.

We’ll have to spend more time with the G7 to see how it fares and what really sets it apart from the V30.