A bumper day of CES 2019 action kicked off with LG’s press conference, at which the South Korean giant talked TVs, the smart home and a whole lot more (including beer).

The star of the show, however, was undoubtedly the LG Signature OLED TV R, a rollable TV that can slide in and out of view at the touch of a button.

There were audible gasps as LG unveiled that LG Signature OLED TV R, a jaw-dropping television that features a display that can roll out of view when it’s not in use. The model on show in Las Vegas is the 65R9, which features a 65-inch flexible OLED display and a brushed aluminium frame.

It’s equipped with LG’s second generation α9 (Alpha 9) processor, and is loaded with Dolby Vision and Dolby Atmos, both Alexa and Google Assistant, as well as support for Apple AirPlay 2 and HomeKit. It offers ‘Line View’ mode too, which is a sort of half-rolled-out mode where part of the screen remains visible, displaying the time, weather or pictures of your choosing. The rest of the screen will be coiled up inside the base, which looks like a soundbar crossed with a TV stand.

Even when the entire display is tucked away out of view, you can use the LG Signature OLED TV R to play music, which it will do through its 4.2-channel, 100W front-firing Dolby Atmos audio system.

Here it is in action:

“A rollable OLED TV is a true game-changer, liberating users from the limitations of the wall and freeing them to curate their own personal space which no longer needs to be reserved full time for TV viewing,” says LG.

“The fact that LG SIGNATURE OLED TV R can transform itself to offer three different viewing options – Full View, Line View and Zero View – allows customers to use the TV in ways that were impossible before the development of OLED technology.”

According to this listing on LG’s online store, the LG Signature OLED TV R9 will go on sale “soon”. Unfortunately, there’s no word on pricing yet, but we can all safely assume it’s going to be eye-wateringly expensive. 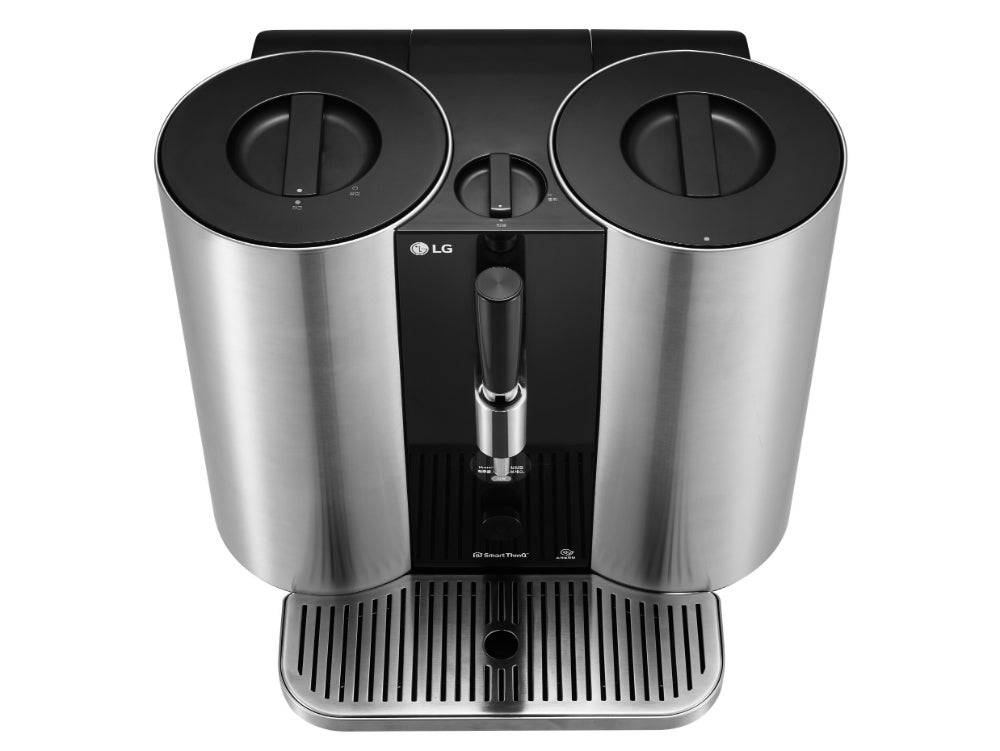 Everything else LG announced at CES 2019

For instance, they’ll use information like the amount of electricity you use, how often you wash your clothes and which TV shows you like − aka “lifestyle data” − and make suggestions designed to make your life easier. If you’re about to start cleaning, for example, it’ll suggest that your robot vacuum makes a start to help you out.

LG ProActive Customer Care is also coming this year, to both ThinQ AI laundry and kitchen appliances. LG says it’ll use AI to keep things ticking over, alerting users to potential service issues, expedite repairs and offer useful maintenance tips, so nothing breaks and you don’t run out of anything you need.

It unveiled the LG HomeBrew too, which is like a coffee machine for beer. It relies on single-use capsules that contain malt, yeast, hop oil and flavourings, and you can choose between stout, wheat beer, pale ale, IPA and pilsner.

LG says it takes care of the whole brewing process, from fermentation, carbonation and aging, right through to serving the beer and even cleaning itself.

The company says it takes around two weeks to produce up to 10.5 pints of beer, and that you can check HomeBrew’s status with the aid of a companion app, which will be available on both iOS and Android. 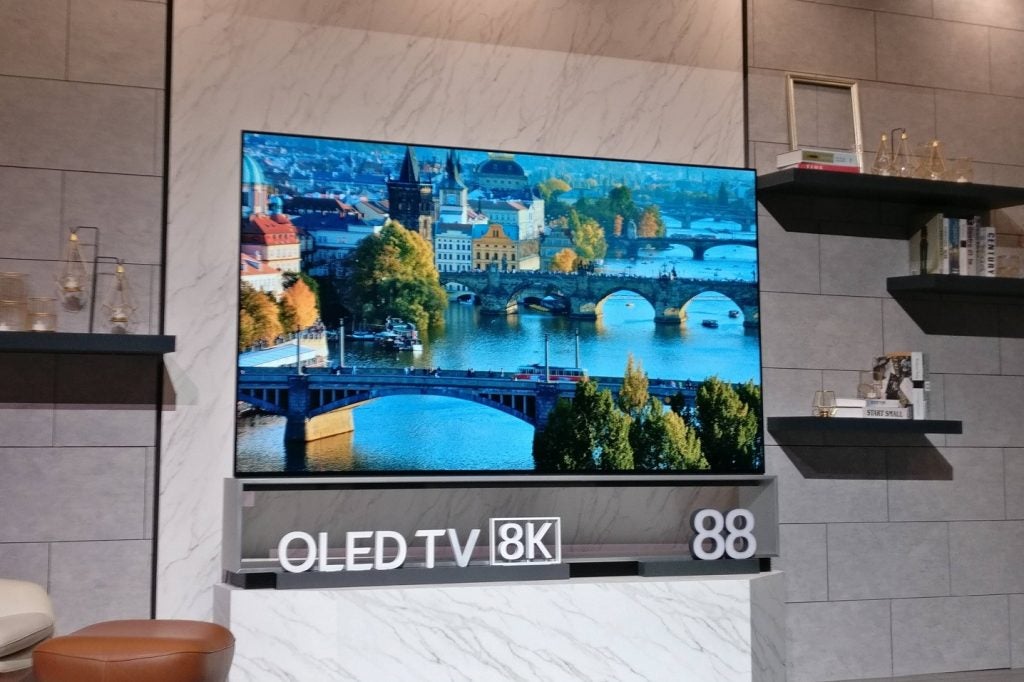 Thanks to the LG Signature, LG’s 88-inch 8K OLED TV passed under the radar somewhat.

It offers “content optimisation”, LG says, to upscale content to 8K, and comes equipped with Google Assistant and Alexa, as well as a light sensor to adjust the screen brightness depending on how bright the room is. Apple AirPlay support is also coming to LG’s 2019 TVs, as is AirPlay Audio and HomeKit.

Elsewhere at CES 2019, LG will be showing off a new version of the LG Gram in the 17-inch LG Gram 17, which it claims will be the lightest large display notebook on the market. There’s also a new 2-in-1 coming to the Gram range in the LG Gram 2-in-1.

Peripherals are high on LG’s CES agenda this year too, with the company two huge new UltraWide monitors: a 49-inch model with an eye-popping 5120 x 1440 resolution and 32:9 aspect ratio; and a more modest (relatively speaking) 38-inch version with a 3840 x 1600 resolution and 21:9 aspect ratio.

There’s also a new LG UltraGear gaming monitor to take in, which will offer a 3840 x 1600 resolution, 144Hz refresh rate, and support for Nvidia’s G-Sync technology.

Rounding out the early LG reveals is a new laser 4K home cinema projector, the LG CineBeam 4K. It’s capable of casting a 120-inch display to your wall from just 7-inches away, or you can get a 90-inch display from 2 inches away, all in glorious Ultra HD resolution. LG claims its new projector offers 2500 lumens of brightness, and it also features ThinQ AI, namely voice controls.

LG will be live streaming its separate CES 2019 keynote, which begins at 6pm PST (2am GMT). You can watch it on YouTube by following this link.

What are you hoping to see from LG at CES 2019? Let us know on Twitter @TrustedReviews.