At IFA 2019, LG showed off its plans for a smarter future with new appliances that come with its AI-powered ThinkQ service, providing Amazon Alexa and Google Assistant voice control, Amazon Dash Replenishment and the smart Proactive Care servicing system.

Proactive Care is particularly interesting, and lets appliances monitor themselves automatically monitor for problems, warning you before they become serious so that you can take immediate action or call a technician out.

We originally got a glimpse of this technology late last year, when LG gave us a first glimpse of Proactive Service at its HQ in Seoul, South Korea. Now, the company has planned the roll-out in France, Germany, Italy, Spain and the United Kingdom for this year, with other European markets getting the technology in 2020.

Proactive Service will be available as an automatic firmware update for the company’s newest smart appliances, including front-loading washing machines, such as the LG F4WV910WTS washing machine, and bottom-freezer refrigerators.

Using the AI ThinQ app, customers can unlock the Proactive Care features of their machines. Services differ by model and type. For example, with the bottom-freezer range, the temperature of the refrigerator is monitored constantly and will tell you the best course of action to take if there’s a fluctuation in temperature of more than 3C.

For washing machines, Proactive Care will look for issues that could potentially lead to greater energy usage and water consumption.

Regular email reports showing an appliance’s performance, notification history and current status are also sent out, along with reminders for routine maintenance to keep a machine in the best working order.

Control your appliances with your voice

Connected smart appliances are also available with voice control from both Amazon Alexa and the Google Assistant. In the UK this means the F4WV910WTS washing machine. Using your voice you can start a cycle, stop a cycle or even change a cycle mid-way through.

This washing machine is also powered by LG’s AI DD technology, which has used data from more than 20,000 washes to provide optimal cleaning with each cycle. According to LG, the washing machine senses the load weight and fabric softness, generating the optimal wash settings as a result for cleanliness and to reduce damage.

Amazon Alexa is also making an appearance on the new LG InstaView ThinQ fridge, the LNXS30996D. With Alexa built-in, you can order items, control smart devices and get updates on the weather. 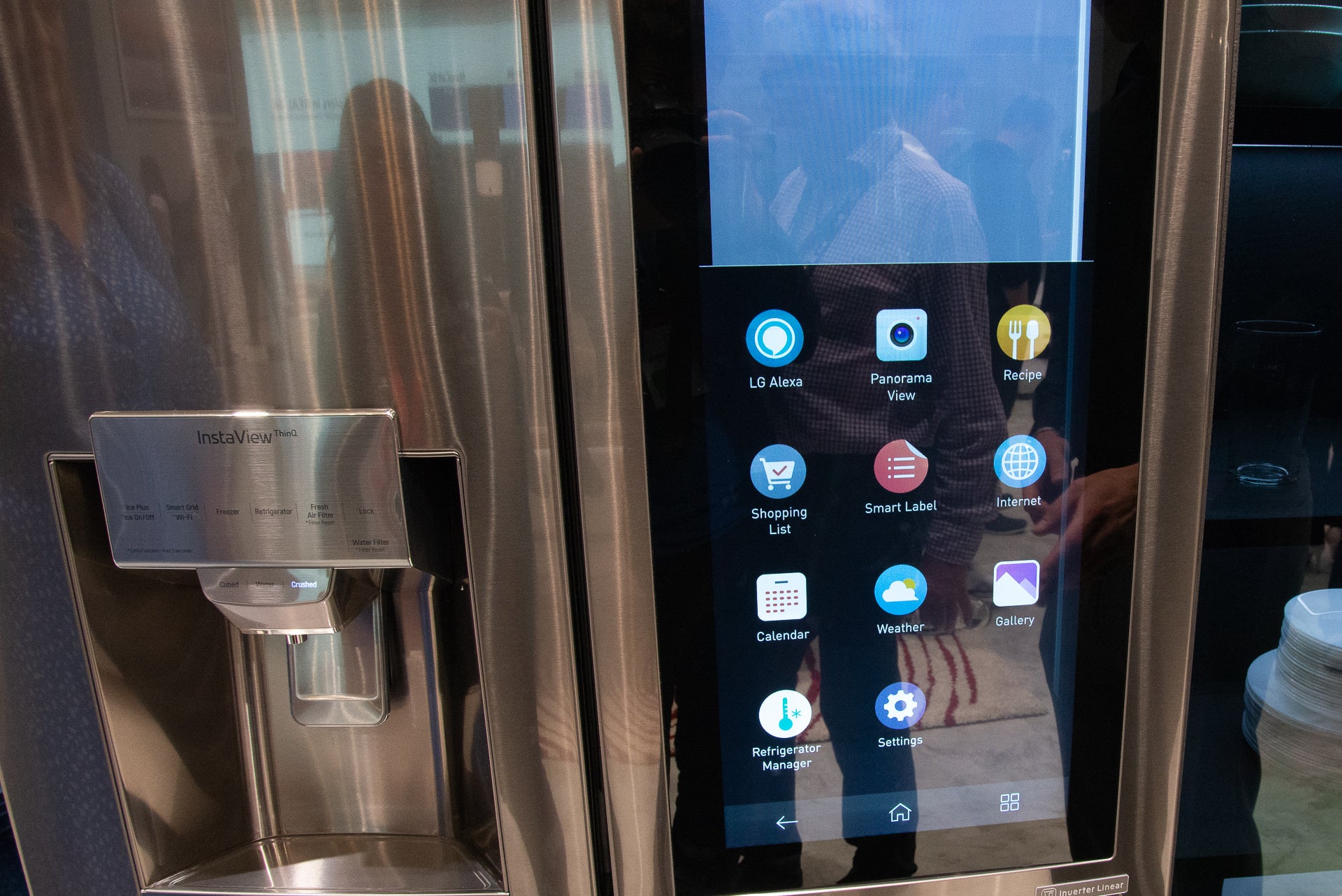 As with the previous model, the excellent LG GSX961NSAZ, this new model has LG’s InstaView screen where you knock twice on the panel. With the older model, InstaView just turned on a light in the fridge so that you could look inside one half of the fridge without opening the door; with the new model, this turns on a screen that lets you see the current weather, view recipe ideas, and leave memos. You can also view the panoramic cameras inside to see what you have in your entire fridge without opening the doors, which saves power and keeps your food and other items at the optimum temperature. 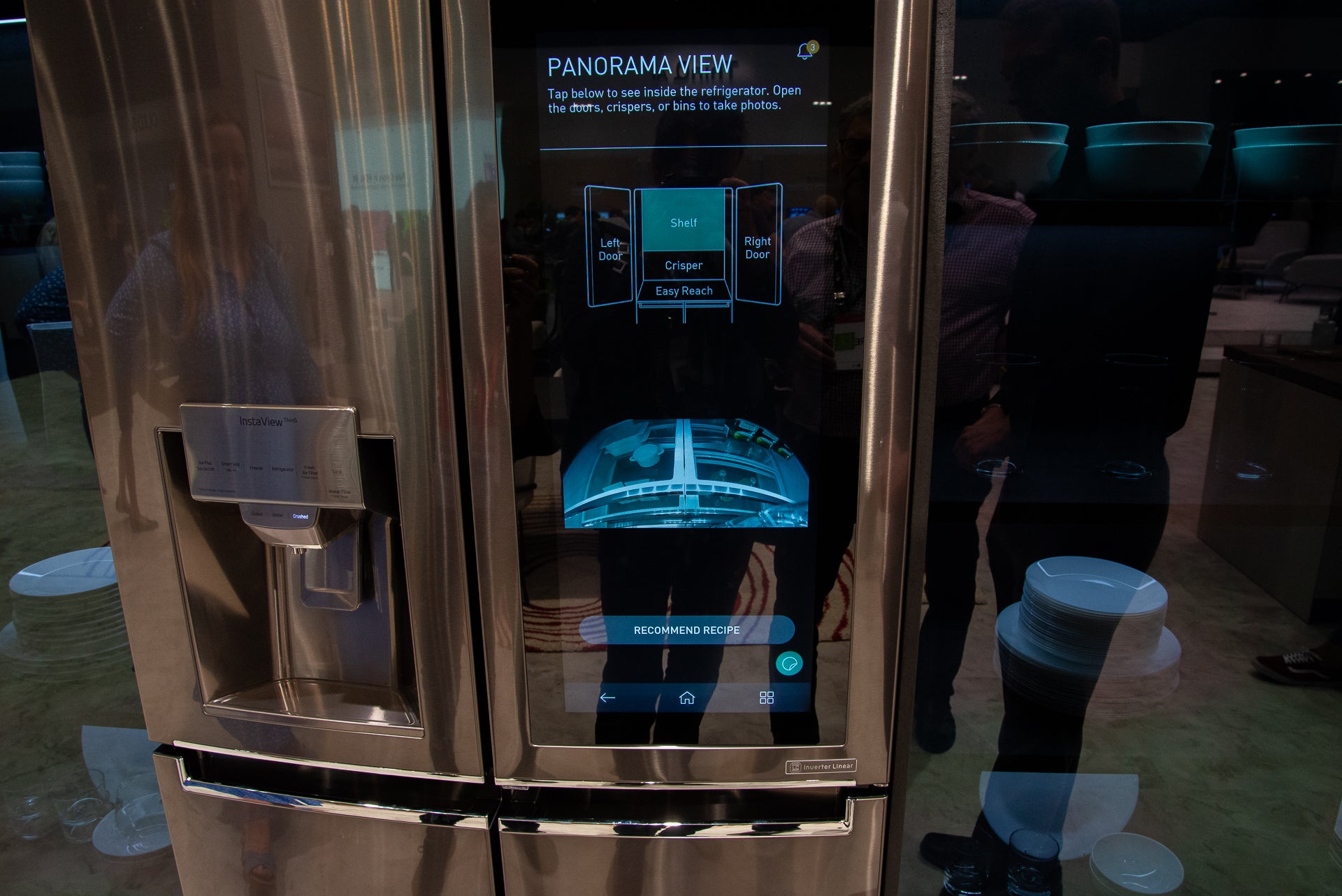 LG has also announced the introduction of the Amazon Dash Replenishment service to its line-up of smart appliances, starting with the F4WV910WTS washing machine in the UK this Autumn. Once enabled via a firmware update, the washing machine will be able to monitor the washing liquid and fabric softener used, letting the machine automatically reorder when supplies are low. Dash Replenishment will require you to link your Amazon account to your appliance.

LG intends to expand the Dash Replenishment service to its ThinQ refrigerators in the near future.

Look out for a full review of the LG F4WV910WTS washing machine in the near future.