Lenovo is leading the way in 2020 with the announcement of its Back to School lineup. From a new top-of-the-line Yoga Slim 7i Pro to a fabric-sporting Yoga 6, Lenovo is set to take advantage of Intel and AMD’s latest laptop processor tech.

Lenovo has been reinventing its Yoga line for some time now, particularly with the introduction of “Slim” models as well as utilising both AMD and Intel technology.

For 2020, Lenovo isn’t just bringing the latest processors to its Yoga line but is ramping up the lineup with modern features across the board. The new Lenovo laptops are set to hit shelves starting October 2020, with pricing to follow soon. 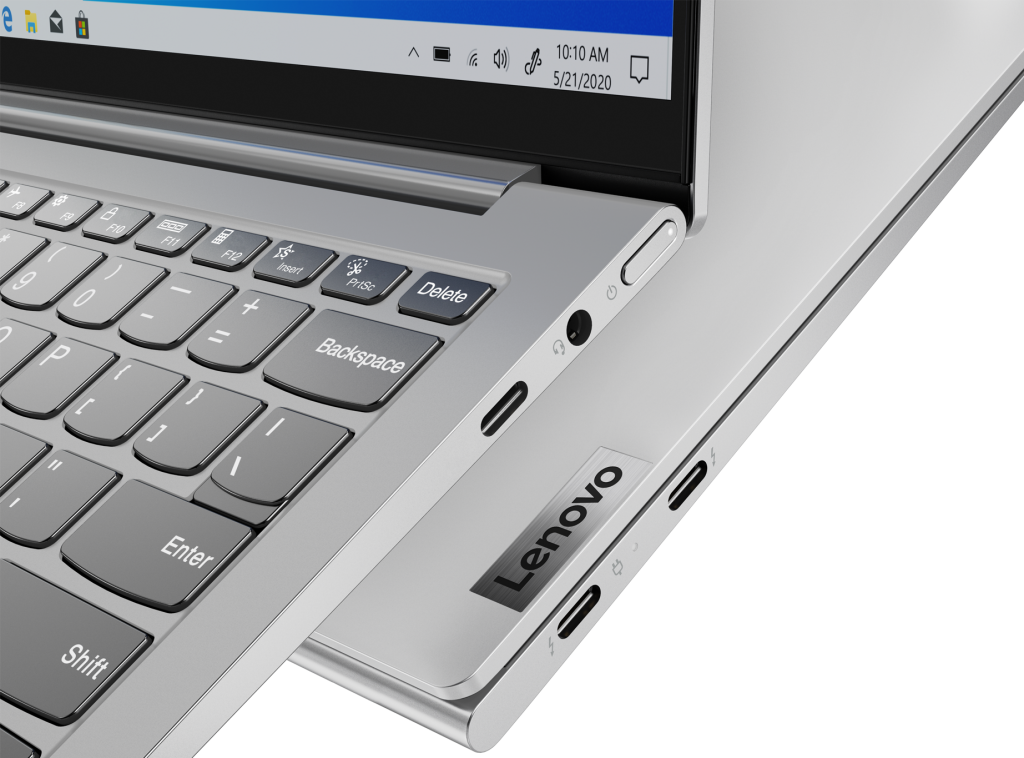 Kicking things off with Lenovo’s new Yoga 2020 devices with Intel on the inside, the Yoga Slim 7i is set to feature a choice of “next-gen” processors which we can only assume means Tiger Lake will be coming to these new Lenovo devices.

The processor isn’t the only piece of cutting edge technology to feature on Lenovo’s new laptops. The Yoga Slim 7i will come with Wi-Fi 6, Bluetooth 5.0, two ports with USB 4.0 and Thunderbolt 4 and one USB-C (USB 3.2 Gen 2) port.

Aside from the cutting edge stuff, the Yoga Slim 7i comes in 14-inch and 15.6-inch models that sport similar specs and are with both 2-in-1 convertibles. These models both have Full HD 16:9 touchscreen displays.

The Yoga Slim 7i can be purchased with up to 16GB RAM and up to 1TB SSD storage, as well as a choice between Iron Grey or Light Silver colour options. 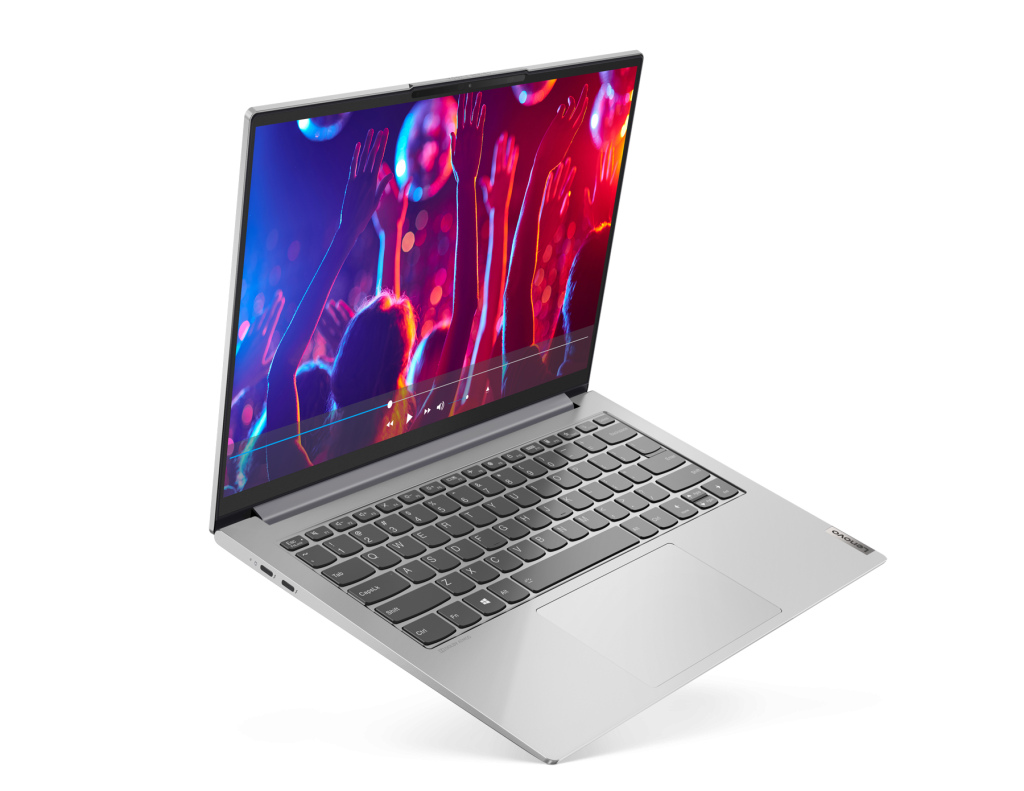 Alongside the AMD-featuring Yoga Slim 7 Pro, the Lenovo Yoga Slim 7i Pro is the powerhouse of this Back to School range.

The Yoga Slim 7i Pro also features a “next-gen” Intel processor and can be joined by up to 32GB RAM and up to 1TB of SSD PCIe M.2 storage. Some models will also feature Nvidia GeForce MX graphics.

The showpiece of these laptops may, in fact, be the display. You can either get a 2.8K or 2.2K display, with the former going up to 400 nits and the latter up to 300. The slightly strange resolution is down to a 16:10 display, a great aspect ratio for productivity taskers, and there’s also a pleasing 90Hz refresh rate featured too.

Lenovo is also touting that the Yoga Slim 7i Pro will be able to make it up to “an incredible 18 hours of battery life”, which would indeed be an impressive feat. Although we’re usually pretty sceptical of official battery life figures, as they rarely match up to real-world testing. 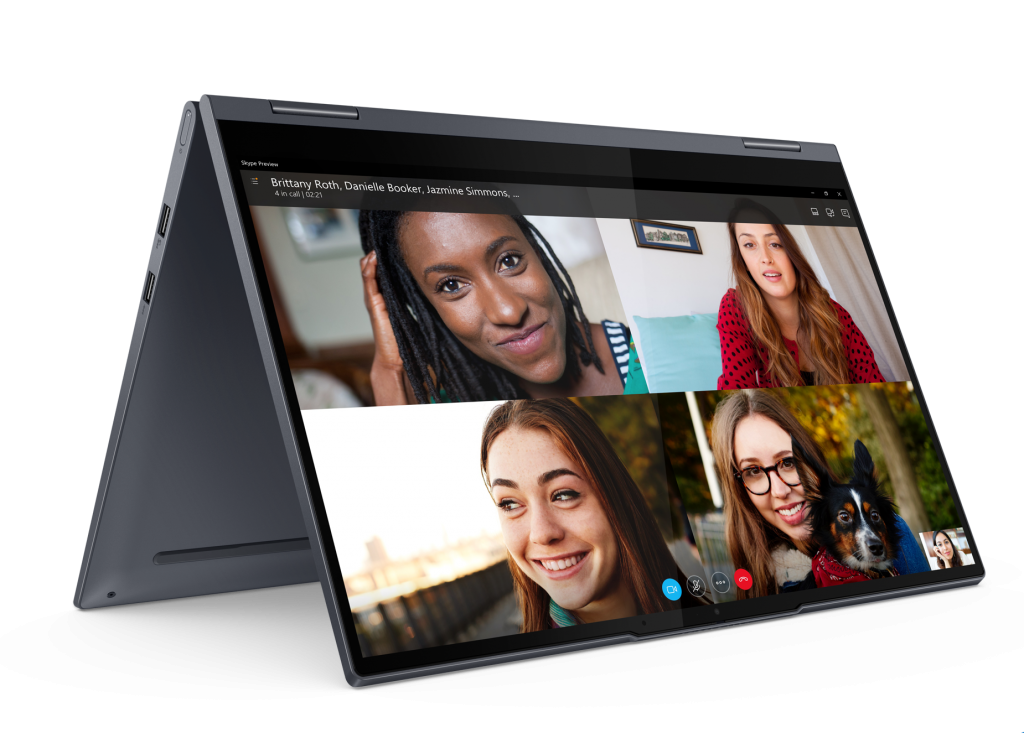 Rounding out Intel’s offering within the Lenovo Yoga 2020 Back to School lineup is the Lenovo Yoga 7i, coming in 14-inch and 15.6-inch models, with both being 2-in-1 convertibles devices.

The Yoga 7i is also expected to feature Tiger Lake as well as Wi-Fi 6, Bluetooth 5.0 and two ports that feature both USB 4.0 and Thunderbolt 4.

Both Yoga 7i can be purchased with up to 16GB RAM and up to 1TB SSD storage. You can choose between Slate Grey and Dark Moss colour options, while the 13-inch is either Iron Grey or Light Silver. Unlike its “Slim” siblings, the Yoga 7i manages to keep USB-A ports on board – one for the 14-inch and two for the 15.6-inch. 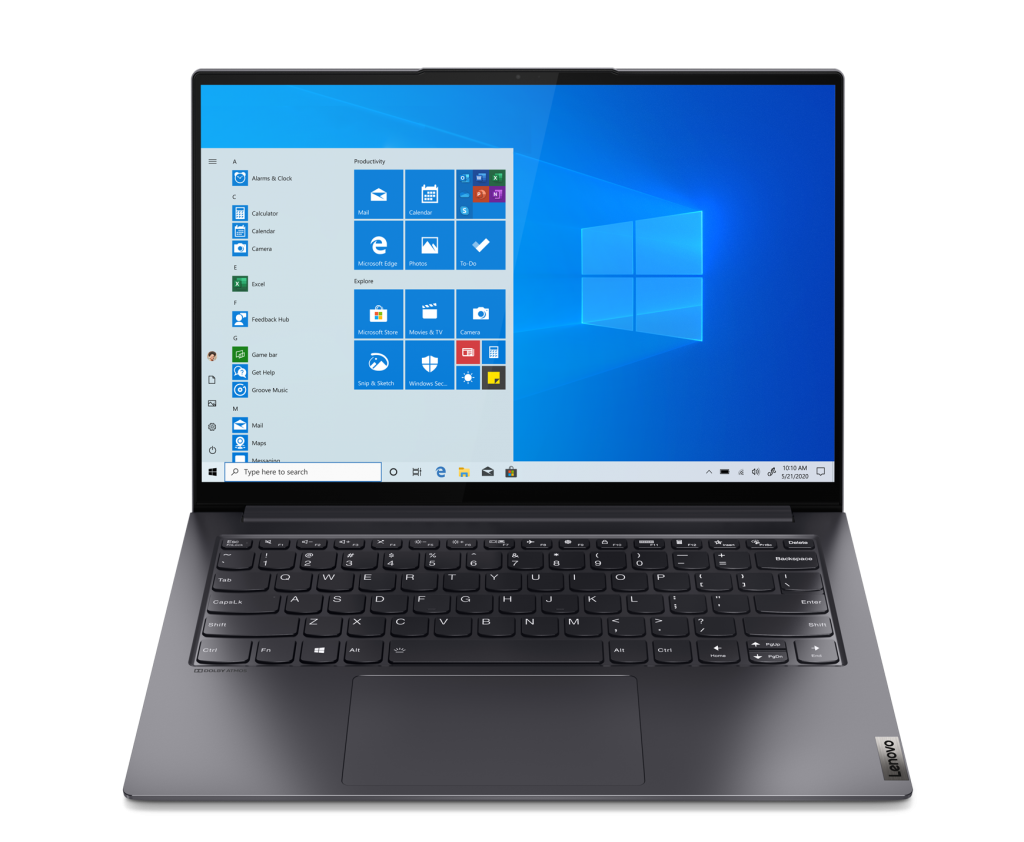 Instead of Intel’s “next-gen” processor, you’ll get a choice between the AMD Ryzen 9 4900H, 7 4800H and 5 4600H. One difference between the rival devices is RAM. This model is limited to 16GB while the Intel model can be specced up to 32GB.

Like the Intel version, this laptop also features the exciting 2.8K or 2.2K 90Hz displays with the browsing and productivity friendly 16:10 aspect ratio. Other common features are the inclusion of Bluetooth 5.0 and WiFi 6 on both. 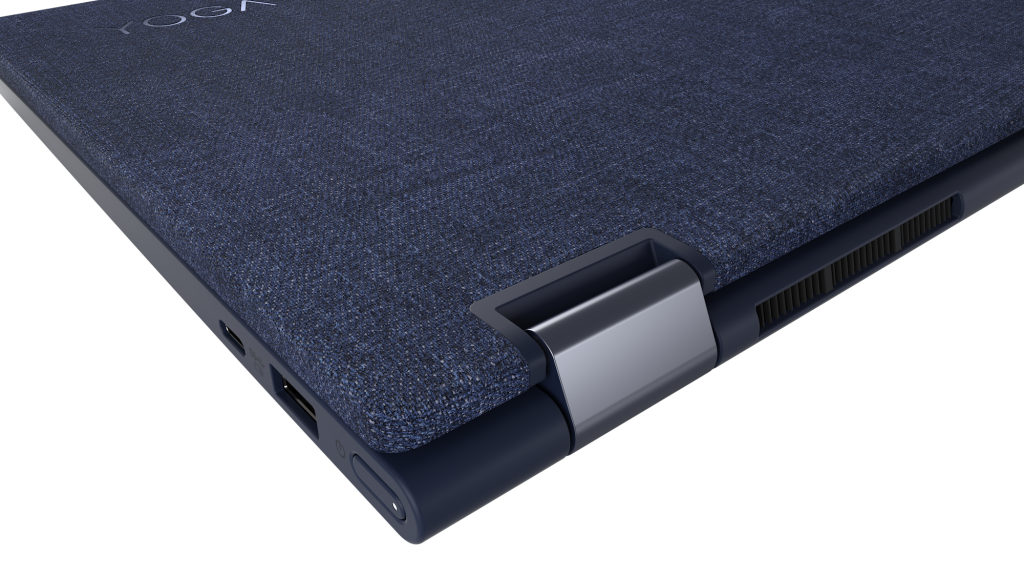 The Yoga 6 is the most ultra-portable device of the new Lenovo range, and probably the most unique.

The laptop features a rather eye-catching fabric lid, with the colour referred to as Abyss Blue. This bold style choice combined with the more modest specs could make it a great student laptop contender.

These specs include a choice between an AMD Ryzen 7 4700U or Ryzen 5 4500U processor, up to 16GB RAM and up to 1TB SSD storage. You’ll also get the latest connectivity tech in the form of Bluetooth 5.0 and WiFi 6.

The laptop’s not quite as special when it comes to ports though. The Yoga 6 features two USB-C 3.1 ports, with only one featuring charging, alongside two USB-A 3.1 ports.

The display on this model isn’t quite as sleek as the previous models mentioned, offering less attractive bezels. However, the screen specs remain decent at 13-inch Full HD and 300 nits.