As CES gets underway, all the major tech companies are beginning to unveil new products alongside updates to older ones, and now Lenovo has done just that.

The company has revealed improvements for its ThinkPad X1 Carbon, X1 Yoga, and X1 Tablet, which now come with the option of a new silver finish and Thunderbolt 3 ports.

But perhaps the most exciting overhaul comes with the ThinkPad X1 Cabon, which might not look like it’s undergone many changes but has actually been slimmed down (it now weighs 1.13kg) and boasts a Full HD, 14-inch display. 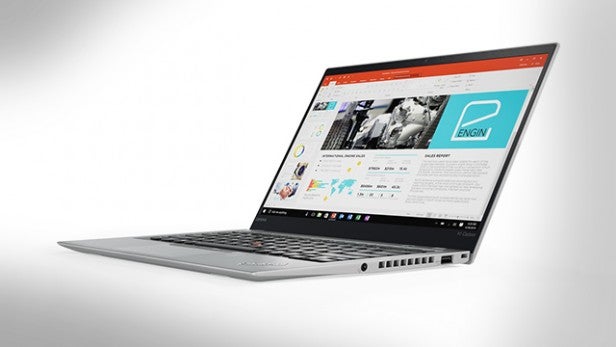 And when it comes to hardware, the Carbon now crams in a 7th generation Kaby Lake processor from Intel along with a Qualcomm Snapdragon X7 LTE modem.

Battery life has been increased, too, from around 10 hours to a much more impressive 15 hours, plus the notebook now supports Microsoft’s Precision Trackpad – as do the other newly upgraded ThinkPads.

Other features include the returning fingerprint scanner along with a new built-in Infrared camera that will allow you to log into Windows using facial recognition.

Lenovo says the ThinkPad X1 Carbon will start shipping in February starting at $1,349 (we’re yet to confirm UK pricing and availability). 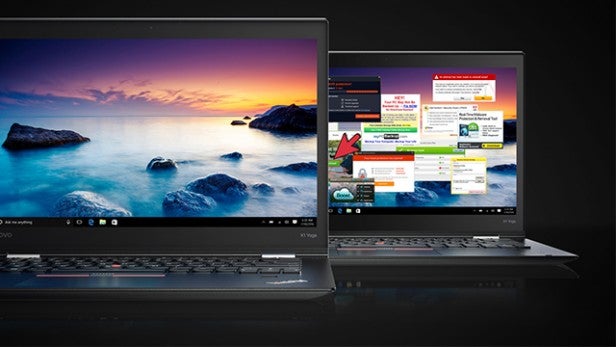 Meanwhile the new $1,500 ThinkPad X1 Yoga now comes with the option of upgrading to a ‘Kaby Lake’ chip, the Precision trackpad, and a redesigned rechargeable pen.

There’s also an improved ‘rise and fall’ keyboard which comes with keys that lie flat when the notebook is folded, as opposed to the previous model which had a sunken tray.

Finally, the ThinkPad X1 Tablet now offers an extra five hours of battery life, and an integrated projector option which Lenovo says makes it “easier to go from creation to presentation”.

And Lenovo wasn’t quite finished there. The company also unveiled a new ‘Legion’ gaming brand, which will be stamped on all the firm’s forthcoming gaming hardware. 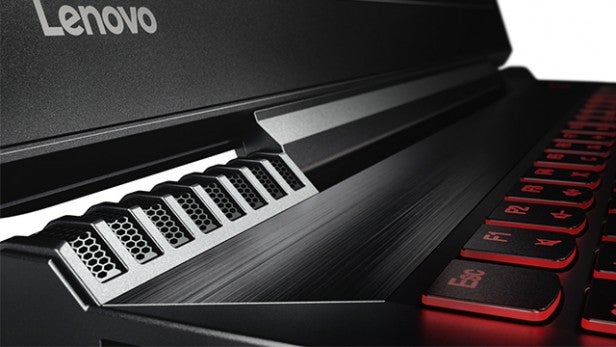 Lenovo’s also added a 4K matte display option on that model, along with a multicoloured keyboard backlight, while the Y520 will only allow you to add up to a 1080p display and comes with a red backlight.

And there’s more audio differences between the two. Lenovo has added Dolby Atmos support to the Y720, which should mean the direction of sound is reproduced much more accurately (as long as the software you’re using was recorded in Atmos). 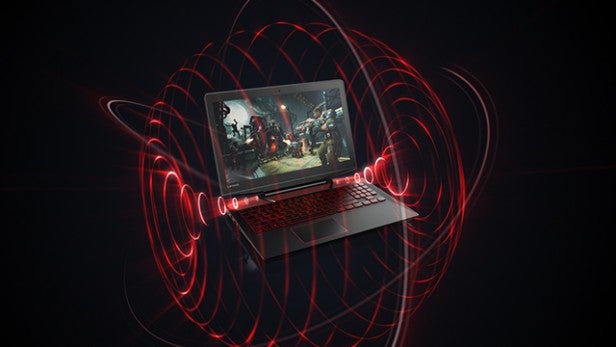 Not content with unveiling a load of new laptop hardware, Lenovo topped off its CES announcements by debuting a prototype for a holographic headset that works with Microsoft’s Windows Holographic platform.

The headset being shown off at CES features two 1,440 x 1,440 OLED display panels, which means it has a higher resolution than HTC’s Vive and the Oculus Rift – the two most capable headsets currently available.

Rather than overlaying virtual images onto the real world, , overlaying digital elements onto those displays.

Lenovo is looking to make the final product pretty lightweight, too – aiming for around 350g, which is considerably lighter than the 555g HTC Vive.

Rather than using a strap to secure the device, the prototype takes its cues from the PlayStation VR and suspends the lenses in front of the wearer’s eyes. Along with the lightweight design, that should make for a comfortable device.

There’s no motion controllers, but Lenovo says third-party options will be available, and the prototype itself doesn’t yet work properly, so there’s no direct experience of the headset to go by when it comes to performance.

While there’s currently no name for the headset, it looks like Lenovo is planning to release it some time this year, reportedly for around $300 to $400.

Let us know what you think of Lenovo’s new products in the comments.