Having already launched umpteen different Windows 10 PCs and tablets this week, it’s a wonder that Lenovo has any energy left to reveal anything else at this year’s IFA.

However, the Chinese firm has stressed that it intends to bring together device innovation and connectivity with its new portfolio.

As a result, the company has just introduced a new range of laptops, tablets and wearables, and there are more than a couple of headline-grabbers among the bunch. 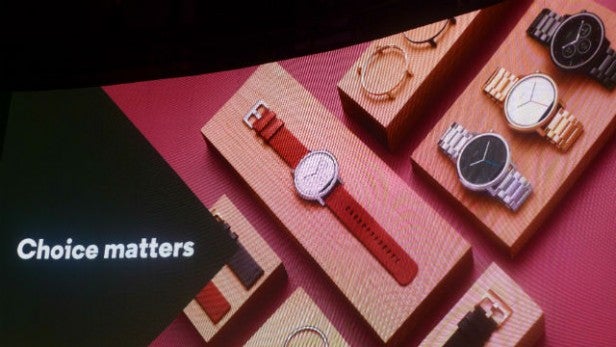 New Moto 360 is here, and there’s more than one

The biggest outing by a long shot concerns the brand-new Moto 360 collection, which we’ve been looking forward to for some time now. To clear up any potential confusion about why it’s been launched at Lenovo’s press conference, Motorola was snapped up by the Chinese firm just under a year ago.

Just like Time Cook with the Apple Watch,
Motorola’s banking on variety being a big draw for consumers. Taking the Moto Maker customisation options into account, the new Moto 360 will be available in around 300 variations.

Buyers of the men’s watch can choose between a 46mm or 42mm body and a
wide range of bands, including leather and stainless steel versions. The women’s model only comes in the smaller size, and uses thinner bands. Both are available for pre-order in the US right now, but will roll out globally in October.

The Sport, meanwhile, comes attached to silicone watch straps, features GPS, and will become available in the “upcoming months”. 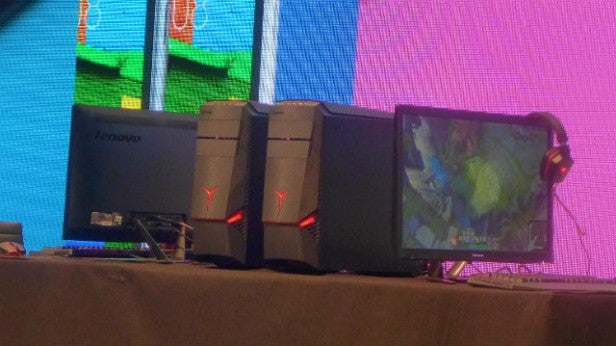 Following the glut of business and regular consumer PCs revealed in low-key yesterday, Lenovo’s decided to pull something special out of the bag specifically for gamers. The company has revealed two desktop gaming PCs, the Ideacentre Y900 and Ideacentre Y700, and a gaming laptop, the Ideapad Y700.

Lenovo says the former two, which will come loaded with up to a sixth-generation Intel quad-core i7 processor, are ideal for seasoned gamers who like to upgrade their machines whenever they can. Both PCs will support power supplies up to 1,000W and feature a chassis large enough to squeeze in a full ATX motherboard.

The Ideapad Y700, meanwhile, is targeted at keen gamers who also value portability. Running on either an Intel or AMD processor, it will cost at least €999 (£730) when it lands in November. Consumers who fancy a touch display and Intel’s RealSense camera will have to shell out extra, however. 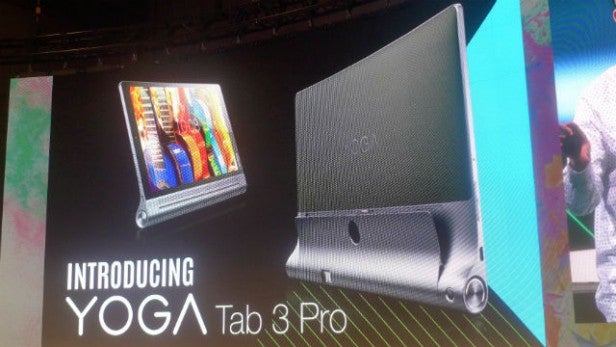 Any excuse for a movie-binge

Although we wouldn’t necessarily associate the word with technology conferences, “entertainment” is definitely the theme surrounding Lenovo’s new tablets. The company has outed the new Yoga Tab 3 Pro and Yoga Tab 3, which it claims are the “ultimate multimedia tablets”.

We were impressed with their predecessors, the Yoga Tablet 2 Pro and Yoga Tablet 2, and it looks as though Lenovo is going down a similar route with its new generation of hinged tablets.

The Yoga Tab 3 Pro is smaller than expected, at 10in with a 2,560 x 1,600 display. Like the Pro 2, it comes with a built-in projector for when you fancy a large-screen viewing experience. This time, however, it rotates 180 degrees.

Four front-facing speakers combine with Dolby’s Atmos technology to deliver a sound experience that Lenovo claims beats every rival on the market.

Aluminium and leather-effect fabric are the build materials of choice, and the Yoga Tab 3 Pro will set you back at least €499 (£370) when it becomes available at the end of October.

The Yoga Tab 3, meanwhile, will arrive in 8in and 10in variations, both of which will feature a disappointing-sounding 1,200 x 800 display. Like the Pro, they’ll also pack Dolby Atmos, although they’re designed more for snap-happy consumers than Netflix-addicts.

That’s right, the Tab 3 is a tablet that prides itself on its photography credentials. On board is a camera capable of rotating 180 degrees, which Lenovo claims enables you to capture from any angle. The smaller model will become available from €199 (£150) later this month, while the 10in Tab 2 will hit the shelves at the end of October from €249 (£180).

While it may own Motorola, Lenovo looks determined to slowly carve out a name for itself in the smartphone game. Whether or not it proves successful among consumers remains to be seen, but the company’s new mobiles are guaranteed to attract plenty of attention.

“How often do you actually use your phone to call people?” asked Jeff Meredith of Lenovo’s mobile business group. According to Meredith, consumer behaviour is changing, and people want bigger screens. I’m sure you can see where this is going.

First up is the company’s new phablet, a 6.8in monster that goes by the name of the Lenovo Phab Plus. It’s huge, matching the Huawei P8 Max, which we considered ridiculously large. Lenovo clearly reckons it’s hit the sweet spot though, and says the Plus is designed for one-handed use thanks to the inclusion of a range of finger-friendly shortcuts. It also features a Full HD display, Dolby Atmos sound, 4G connectivity and dual SIM slots.

Another new mobile in Lenovo’s books is the Vibe P1, which is notable for its gargantuan 5,000mAh battery. Designed for users who value stamina over everything else, it’s also loaded with fast-charging and power-saving features, and comes powered by a Qualcomm Snapdragon 64-bit octa-core processor. What’s more, there’s a fingerprint scanner to boot.