LEGO Star Wars has been around for years, having kickstarted a trend of games that continues until this day. Now, Traveller’s Tales is returning to its most prestigious well with The Skywalker Saga.

The upcoming project will feature all nine films in the franchise, completely remade with a new gameplay engine and mechanics, so even completionists of the original duo of titles will still have plenty of things to discover.

Trusted Reviews has compiled everything you need to know about LEGO Star Wars: The Skywalker Saga including all the latest news, release date, gameplay and more.

To celebrate May the 4th, Traveller’s Tales has unveiled the key art for LEGO Star Wars: The Skywalker Saga, teasing what’s to come with the upcoming game. Compiling all nine films in the iconic saga, players can expect a truly massive adventure once this lands later this year.

LEGO Star Wars: The Skywalker Saga release date – when is it coming out?

Warner Bros Interactive Entertainment confirmed a 2020 release date for The Skywalker Saga across PS4, Xbox One and PC. Our money is on a Switch release alongside next-gen consoles, too.

LEGO Star Wars: The Skywalker Saga trailer – how does it look?

LEGO Star Wars: The Skywalker Saga gameplay preview – how does it play?

I had a chance to see a behind-closed-doors demo for The Skywalker Saga at E3 2019, and I came away with my feelings on LEGO titles completely reinvigorated. No longer am I expecting a simplistic platforming adventure with trivial puzzles and light exploration.

The studio’s new vision is far grander, echoing the freedom of No Man’s Sky instead of linear, scripted levels. Obviously, the latter will still be present, with all 9 films being either completely remade or brought into the LEGO limelight for the first time. The older films aren’t just remasters, they’re built from the ground-up with a new engine. 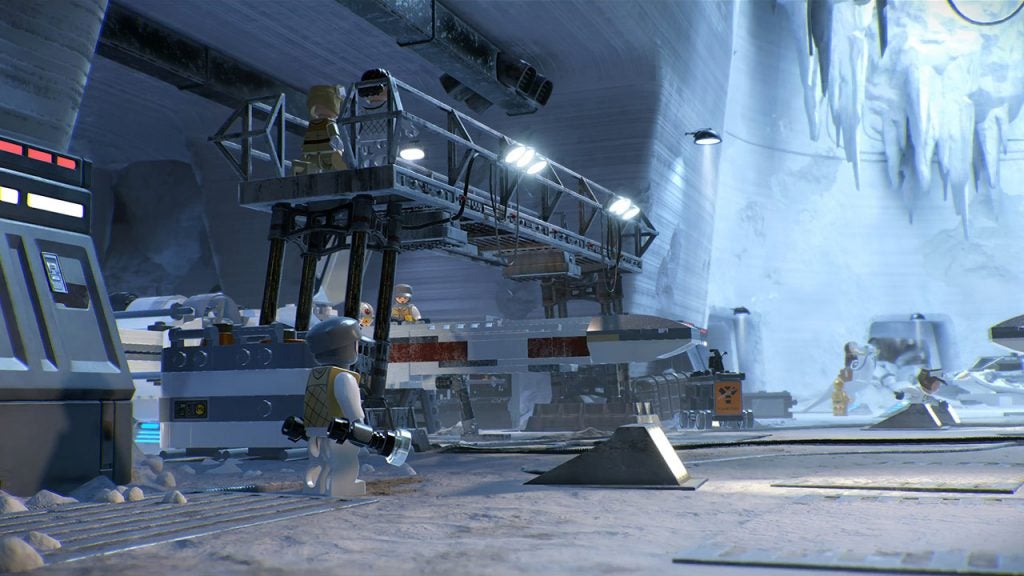 The E3 2019 presentation begins with a scrawl through the user interface, presenting all nine films in an easily accessible selection menu. After being given a brief tour, we’re thrust into the Millennium Falcon and taken to the sand-drenched plains of Tatooine.

One of the first things I noticed was perspective. You now play from a third-person viewpoint peering from behind the shoulder, closing in on the player in a way not dissimilar to Uncharted or God of War. Except, you’re an adorable LEGO figurine. While it might seem like a small tweak, this transformed how I viewed my surroundings.

During the demo we were taken through what is apparently a minuscule section of this colossal galaxy, drifting through tight corridors and vast desserts all crawling with intriguing collectibles. Studs are still spread all over the place, so I expect Mini Kits and True Jedi gauges won’t be going anywhere. If it ain’t broke, don’t fix it.

Battles have been overhauled massively with a combo system that allows you to string together attacks that vary depending on which weapons you’ve equipped. Shooting has also been altered to a tried-and-true ADS (aim down sights) method which works really well, offering a lock-on option for younger players. 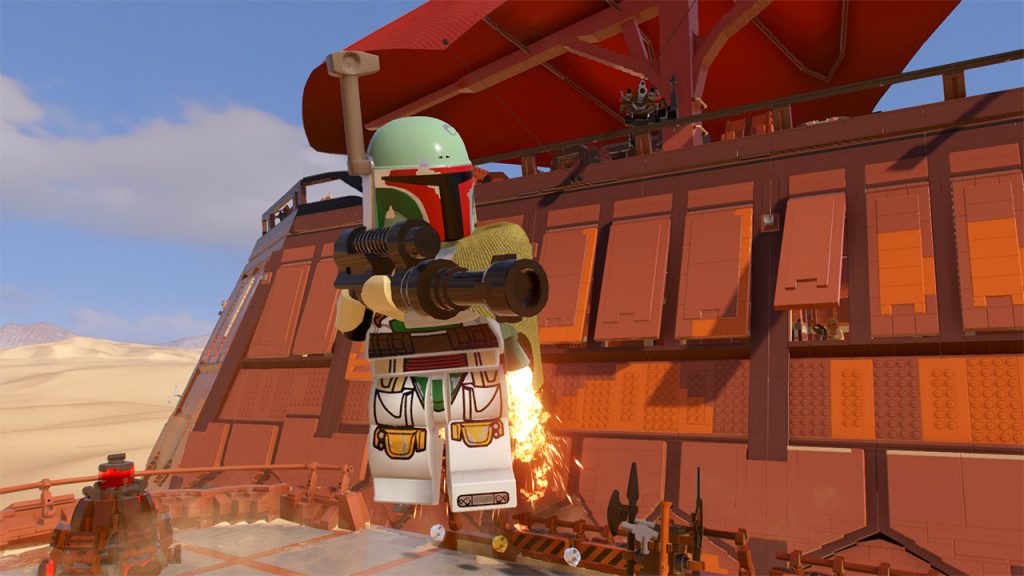 Neither of these additions are going to challenge you too much, since at its core, this is still an experience created for all ages. But that’s fine, I know older and younger generations of players who adore LEGO titles, their accessibility being the reason behind their appeal. I go to them for cutesy, rewarding platforming inside universes I’m already familiar with.

Having grown up with the original duo of LEGO Star Wars titles on PS2 and Xbox, I’m pretty excited to see the first six films completely reimagined. It’s a harsh truth, but the level design of those original titles is now outdated, giving way to overly tight environments and puzzles that lack the complexity of recent entries. If these are all recreated with the full potential of Star Wars in The Skywalker Saga, we’re in for a treat.

I’m pinching myself while typing this, but I’m also flabbergasted by how stellar The Skywalker Saga looks from a visual perspective. This is all thanks to how Traveller’s Tales has analysed how LEGO reacts to elements of the real world. Sand clings to the feet of both humans and animals as they walk across Tatooine, the same applying to snow or rogue particles in space. It looks luscious, even with a year and change until release.

LEGO Star Wars: The Skywalker Saga gives the Traveller’s Tales formula a much-needed kick in the butt, shaking up mechanics that have remained commonplace for over a decade now. However, it’s struck a balance that guarantees purists of all ages won’t feel dissapointed.