League of Legends is one of the biggest games in the world, and has held this esteemed spot for decades. The MOBA draws in millions of players from around the world, and Riot Games is using this popularity as the foundation for a much wider universe of games, comics and even a forthcoming animated series.

On a recent trip to Riot Games in Dublin, Trusted Reviews went hands-on with Legends of Runeterra, a brand new collectible card game set in the League of Legends universe. This ambitious new venture is poised to challenge the likes of Hearthstone and Magic The Gathering: Arena for a top spot in the digital realm, and from what we’ve played, it could certainly be a contender.

Trusted Reviews has compiled everything you need to know about Legends of Runeterra including our hands-on preview, release date, news, trailers and more. 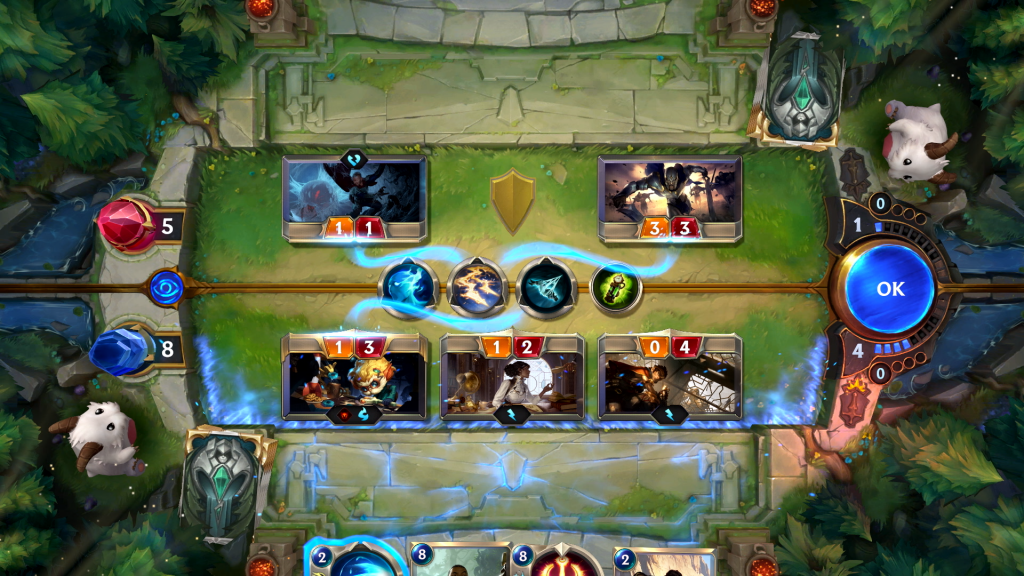 Legends of Runeterra – What is it?

This a collectible card game experience from the creators behind League of Legends, taking place in the same universe with plenty of familiar locations, champions and nuggets of lore that long-running fans will definitely appreciate. That being said, it’s been developed in a way that ensures newcomers won’t feel completely overwhelmed with what’s going on.

For example, I’m not hugely familiar with League of Legends, or digital card games for that matter. But after playing through a handful of tutorials I felt right at home with Riot Games’ new venture. It does an excellent job of drawing players in, ensuring they feel both comfortable and capable when it comes to taking on other players from around the world. 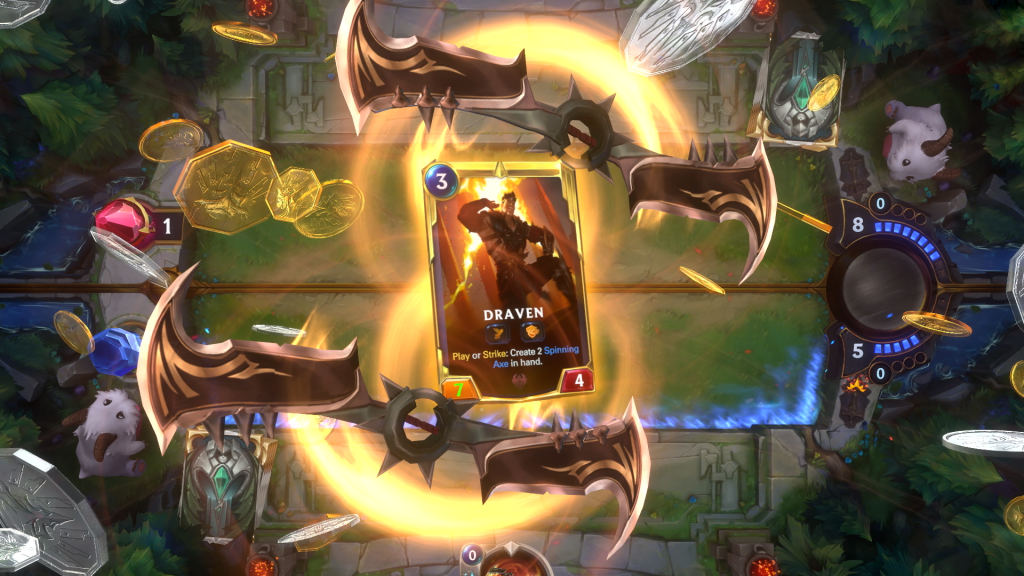 Legends of Runeterra Release Date – When is it coming out?

Ahead of its full release across PC and mobile devices in 2020, Riot Games will be holding a number of ‘preview patches’ for Legends of Runeterra which will add a variety of new features to the experience.

If you’re curious to partake in these and catch an early glimpse at the game, you can register now for a chance to take part. Keep in mind, some elements might be subject to change as it continues to evolve going forward.

When it comes to platforms, Riot Games has said it is focused on PC and mobile for the time being, and will consider consoles and other ways of playing the game going forward. Baby steps for now, since it’s just the beginning. 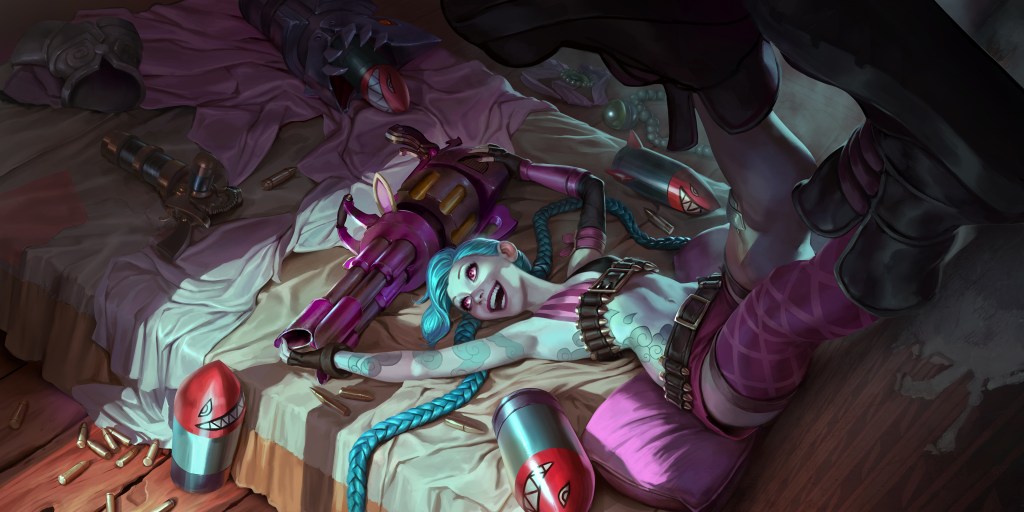 Legends of Runeterra Story – What’s it about?

A fundamental narrative to Legends of Runeterra hasn’t been confirmed, although it’s important to consider where it sits in the wider League Universe. As the same suggests, it takes place in the realm of Runeterra, much like the MOBA, and will feature many of the same champions and regions hardcore players will be keenly familiar with.

6 regions and 24 champions will be available at launch, with more planned in future expansions and updates that will grow the universe until, potentially, it matches the scope of its progenitor. Time will tell, but there’s a lot of room for Runeterra to grow once it sprints out of the starting gates.

At its core, Legends of Runeterra is incredibly similar to Hearthstone in terms of layout and pacing, but the execution transforms what could be perceived as a shallow copycat into something much, much more. At first glance, many of the staples you associate with the genre are present and accounted for. Each turn you draw a card, the number in your hand growing alongside a mana pool which increases as the match progresses.

The more mana you possess, the more powerful cards, spells and abilities can be played on the field. Obviously, the same principles apply to whoever’s on the other side of the field, eagerly scrutinising your every move. It isn’t all about playing your most powerful card and hoping for the best though, Runeterra is far more nuanced than this. Largely because of how it overhauls the two-turn structure we’ve come to associate with digital card games for so long.

There are two types of round – offensive and defensive – with roles switching between players with each turn. When playing offensive, you’ll need to populate the field with powerful cards, with the goal of either destroying the enemies’ units or damaging their Nexus – which essentially acts as a health bar. This phase is all about making brave choices, since there’s rarely a way to predict what the opposing side will do next. I took multiple leaps of faith, many of which led to a sudden victory.

Defensive play requires a more timid, level-headed approach, all about ensuring you’re blocking incoming attacks with your own cards. Each unit has its own health and damage values, which will determine who emerges unscathed with each encounter. The basic idea of managing health and armour is made more complicated with certain cards possessing shields, while others can be summoned with ‘elusive’ skills that circumvent combat and attack the Nexus directly. 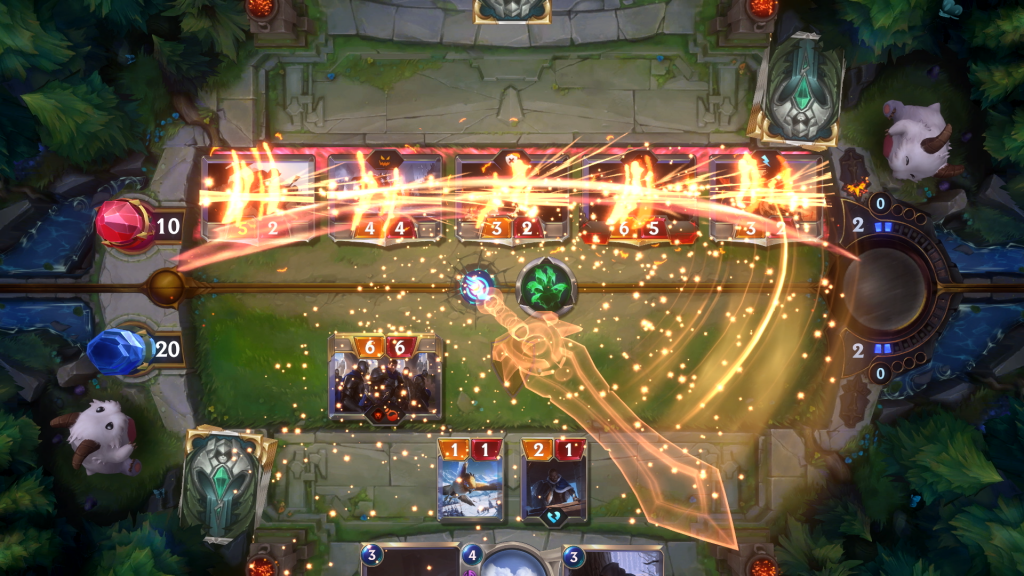 Having to switch between these two phases requires a constantly shifting mindset, so much so that you’ll often need to think several turns ahead to emerge victorious. Remembering exactly which units have already been played and what awaits in the next round of attack and defence. Over the five hours I played it rarely grew stale, although there’s still a few kinks that need working out. At times, firing every summonable unit on the field and hoping for the best works out, especially against AI opponents.

Although ideas of sheer brawn can be overcome with smarter deck strategies, with two regions being allowed in each one when building your own. One devious idea I saw was poisonous mushrooms that could be peppered across your opponent’s deck. As the affected cards are drawn, they’ll immediately receive damage. It’s a drawn out process, but for the patient amongst you, it’s one way to ensure a win. I’m more of a throw everything at the wall I hope I don’t die kind of gal.

When speaking to the developers behind Legends of Runeterra prior to jumping into the game, they said accessibility in other digital card games has come at the cost of depth thanks to the reliance on random-number generation and randomised card packs that require players to make a serious investment to truly specialise in their favourite strategy.

Runeterra will attempt to change this notion, abandoning the random card packs that have begun to define Hearthstone and similar titles with loot box-esque mechanics. This isn’t just a response to the on-going debate of gambling in games either, it’s a way for players to feel rewarded and subsequently invested in their progress despite the game’s free-to-play nature. 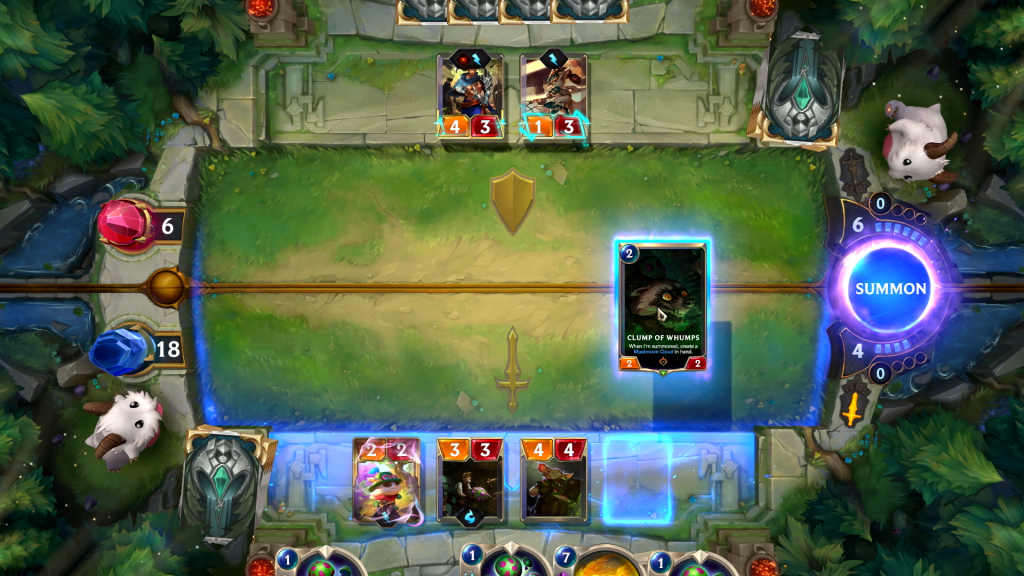 This begins by transforming the progression system and loot contained within. Runeterra has a weekly vault, which levels up the more you play, ascending through the ranks and increasing the innard’s value the more experience earned. When you finally open it, the reward is determined by the level. It could be Bronze, Silver, Gold or even Platinum, and it can only be opened once. After that, you need to wait.

This isn’t the only means of earning new cards, shards and other pieces of loot across Runeterra. Each region has a line of progression with twenty distinct levels you can swap between at anytime. Rewards range from random chests to wildcards – objects of different rarities that allow you to pick any card of your choice and add it to your collection. It’s a great way of superseding the randomisation that makes loot boxes so frustrating.

I only played for a handful of hours across various regions, and during that time it did start to take longer to reach higher levels, providing a glimpse at the free-to-play mechanics rearing their head after the honeymoon phase. If I was outside of a hands-on context, I honestly would’ve happily put money down on Runeterra, whether it was for cosmetics or something else.

It’s worth noting that the latter will be the game’s primary source of monetization, and it’s unclear how major expansions will be introduced. 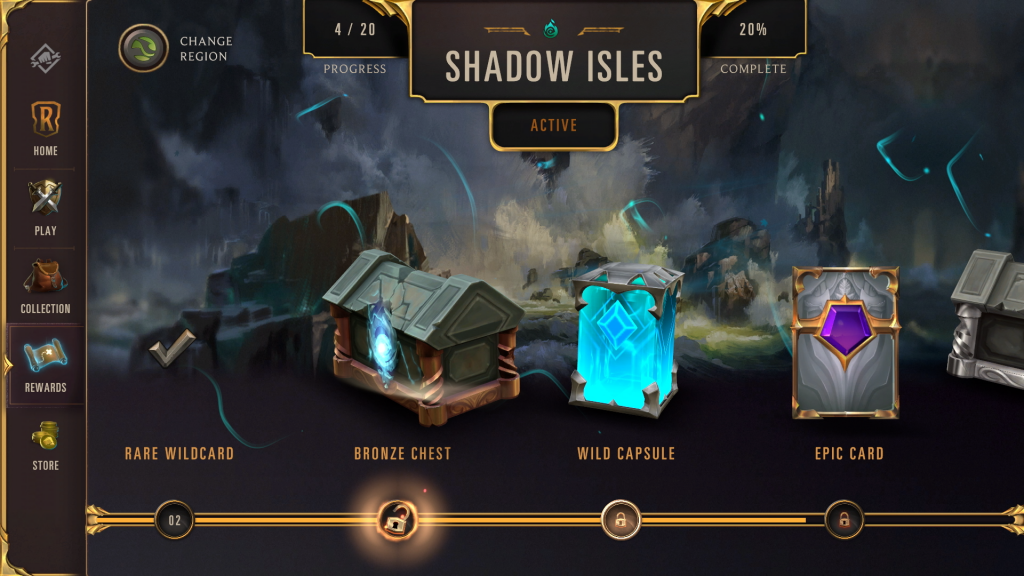 In the build I played modes were lacking, limited to a series of tutorials, computer battles and matches against other journalists sitting around the room. I was assured that curated content and story-driven experiences will be woven into the full experience, I imagine through events, but time will tell how they plan to engage with players over a period of weeks and months. With games like this, it’s a marathon, not a sprint.

Alongside the revised turn structure, Champions are another seriously cool mechanic Legends of Runeterra has up its sleeve. Unlike regular units, these ones can level up by completing certain actions while on the field. Once enhanced, they can unleash some devastating attacks that completely transform the pace of a game. Jinx was my personal favourite, her upgraded form being capable of wiping out entire fields of enemies with homing missiles. Not only was this satisfying, but befitting of her character in the wider world of League.

The genre Legends of Runeterra hopes to penetrate is only already filled with fiercely addictive competitors, many of which players have dedicated thousands of hours to, thanks to a connection to an existing universe that makes it a surefire win in so many ways.

However, the same principle can be applied here. League of Legends is one of the world’s biggest games, boasting millions of regular users and growing with a universe Riot Games is very clearly intend on building upon. From the few hours I’ve played, I still have doubts, but the foundation soon to be built upon is very solid.