The latest Galaxy Note 8 ‘leak’ heightens our suspicions that Samsung’s forthcoming handset will be laden with some exciting new features never seen before on a Samsung handset.

Posted on Twitter by regular leakster Poyoco Tech, the series of Galaxy Note 8 renders show the phone with a vertically aligned dual lens camera – a feature we glimpsed in previously leaked dummy photos. Even the Galaxy S8 and S8 Plus didn’t have a dual-lens setup, so it would be exciting if the leaked renders are on the money.

As with previous leaks, the renders also seem to lack a fingerprint sensor. Word is that Samsung is planning its first onscreen fingerprint sensor, and it’s certainly looking more likely. After all, the fingerprint sensor on the Galaxy S8 and S8 Plus is positioned next to the lens, and it would seem odd of Samsung to put it somewhere else like the Home button on the Note 8. Fingers crossed.

What’s more, the design of the Note 8 shown on the renders hints at an Infinity display swamping the front of the phone and flanked by super-skinny bezels, à la its S8 predecessors. No space for a Home button there.

There’s also an AKG logo in clear sight on the back of the handset, which suggests the Note 8’s speakers will be tuned by the audio company, whose parent company, Harman, was recently acquired by Samsung. 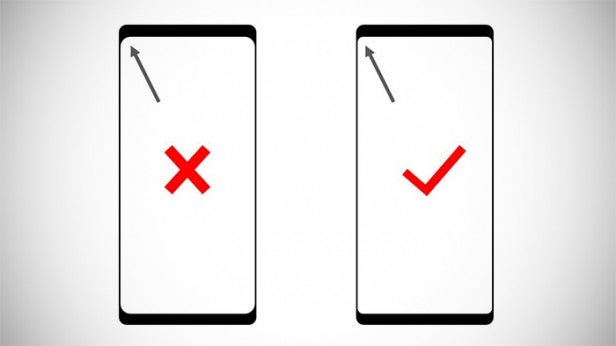 A more simplified render posted by Twitter user Ice Universe around the same time teases a minor design alteration to the Infinity display. It shows more sharply rounded corners than previous models, which could mean the Note 8 will pack in a few more pixels.

We’re expecting the Note 8 to be released around August/September later this year, and it’s likely that more evidence of possible features will pile up in the coming weeks.

Related: Samsung Galaxy S8 or S8 Plus: Which is better?

What other features are you hoping to see in the Galaxy Note 8? Let us know in the comments