Meet the Land Rover Explore, a rugged smartphone British automotive giant Land Rover is hoping will be as valued by outdoorsmen as its ‘go anywhere’ all-terrain Land Rover Discovery 4×4.

Developed by Bullit Group, the firm behind the CAT S60, and Land Rover, the Explorer is equipped with a 5-inch FHD screen, a 2.6GHz MediaTek X27 CPU, 4GB of RAM and a 4000mAh cell. It comes enclosed in an ultra-rugged case out of the box, protecting the handset from extreme temperatures, salt water and thermal shock.

What’s more, the Explorer has a slew of neat software features that the average outdoorsman is bound to find useful, like detailed topographic mapping options from ViewRanger with an Augmented Reality Skyline feature and instant access to a dashboard that includes weather information, sensor data and an SOS light toggle. 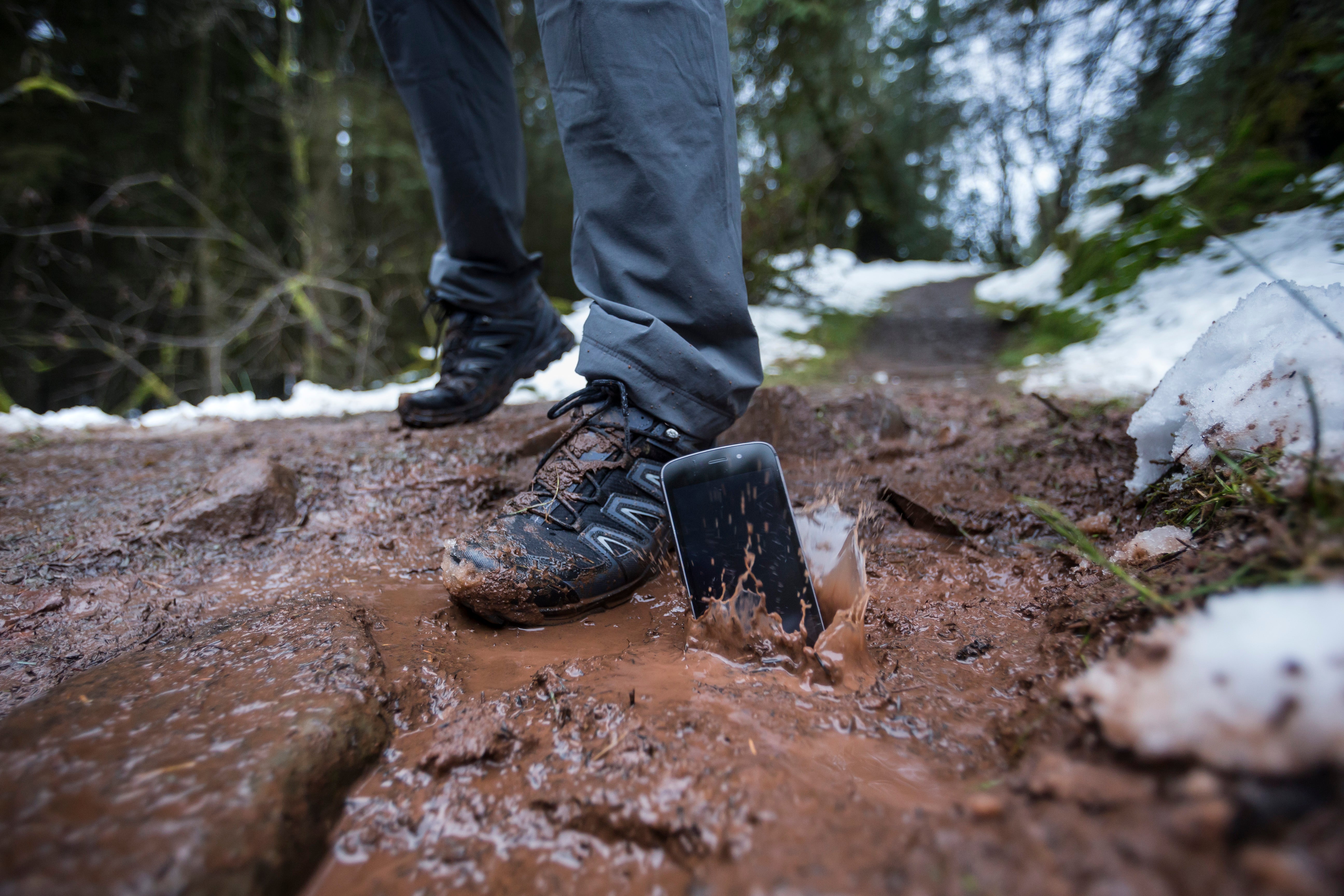 “This is the smartphone we’d all like to own – a perfect combination of design and functionality that embodies the Land Rover DNA and enables customers to be outdoors for longer, with the confidence to go further,” said Joe Sinclair, Director of Branded Goods at Land Rover, in a statement on the firm’s digital newsroom.

There’s also a number of add-ons that can be used to extend the functionality of the Explorer, including an Adventure Pack, Battery Pack and Bike Pack – all of which are outlined below. And those looking to pair the unit with their Land Rover, or even high-end Range Rover, can take advantage of various in-car applications.

The Land Rover Explore with Adventure Pack will cost £599 when it hits the shelves in the United Kingdom – though there’s no word on when that will be. We’ve had a chance to go hands-on with this ruggedised adventure phone at MWC 2018 and you can see our early thoughts below.

The adventure-proof credentials of the Land Rover Explore were centre stage at the MWC stand. Not only were Land Rover Explore phones being subjected to a constant torrent of water, but display models were being baked under a heat lamp and chilled under an air conditioner. All to prove that the Explore won’t miss a beat regardless of what exploits you might put it through. 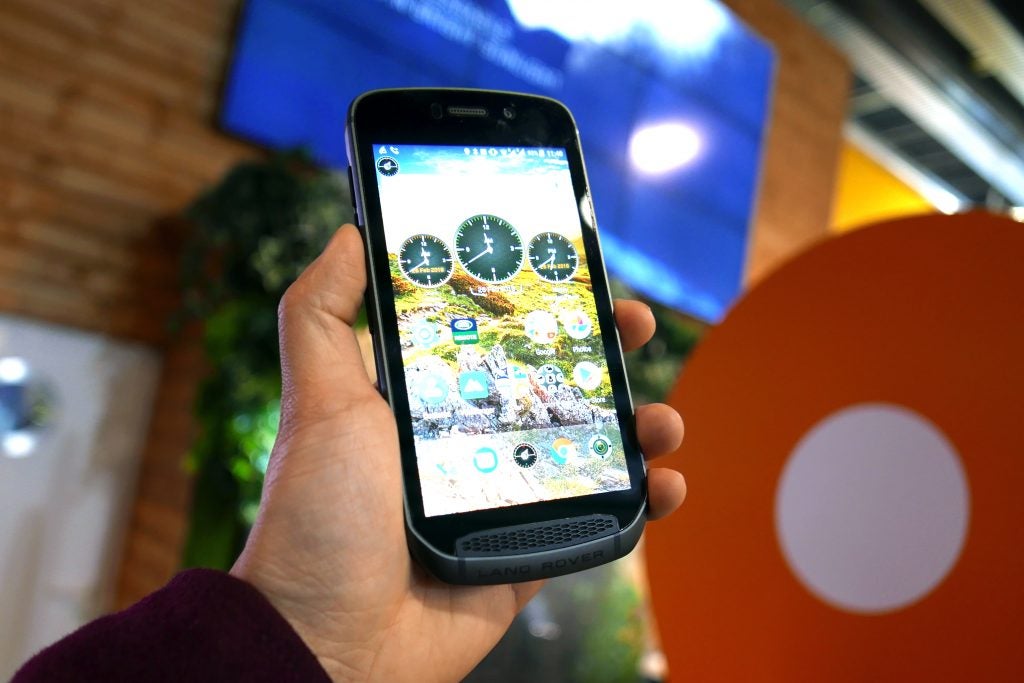 A Bullit Group rep told me the phone could withstand being dropped from around 1.8 metres, but unfortunately there was no display model being thrown around. The Explore certainly feels like a phone that’s built to withstand a few knocks, however. It feels robust in your hands with plenty of grip. Unsurprisingly, it feels rather chunky to give it that needed resilience. 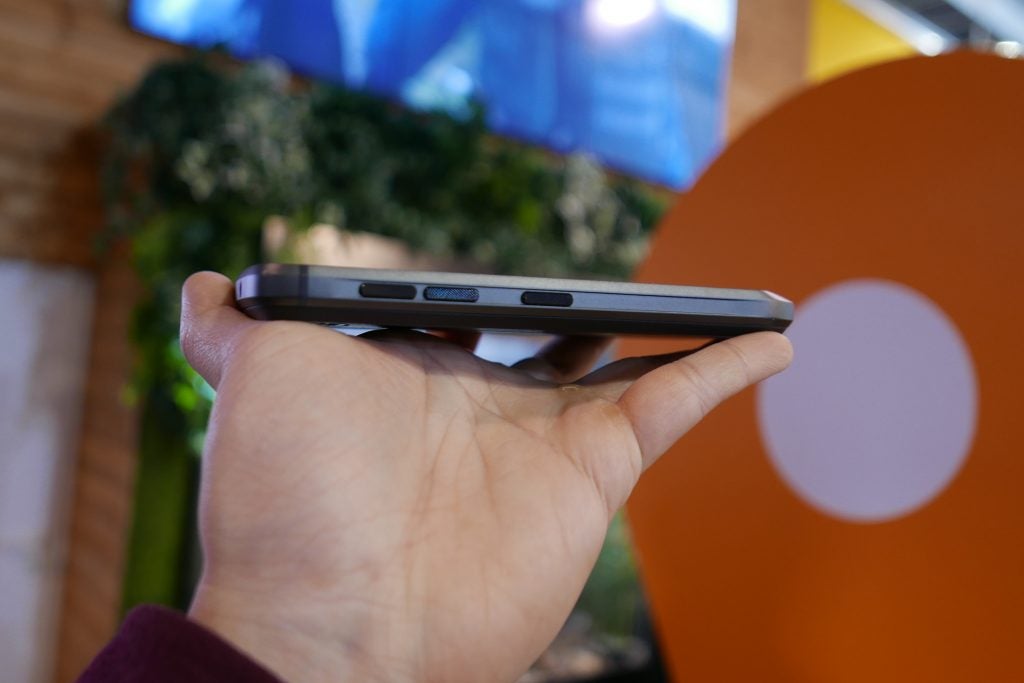 Slightly disappointingly, the Explore is still running Android 7.0, but an update is supposedly on the horizon. Bullit Group has provided a few customisations in the form of its Outdoor Dashboard, so you always know what conditions you might be facing. For sports enthusiasts, this could be snow conditions or wind direction. 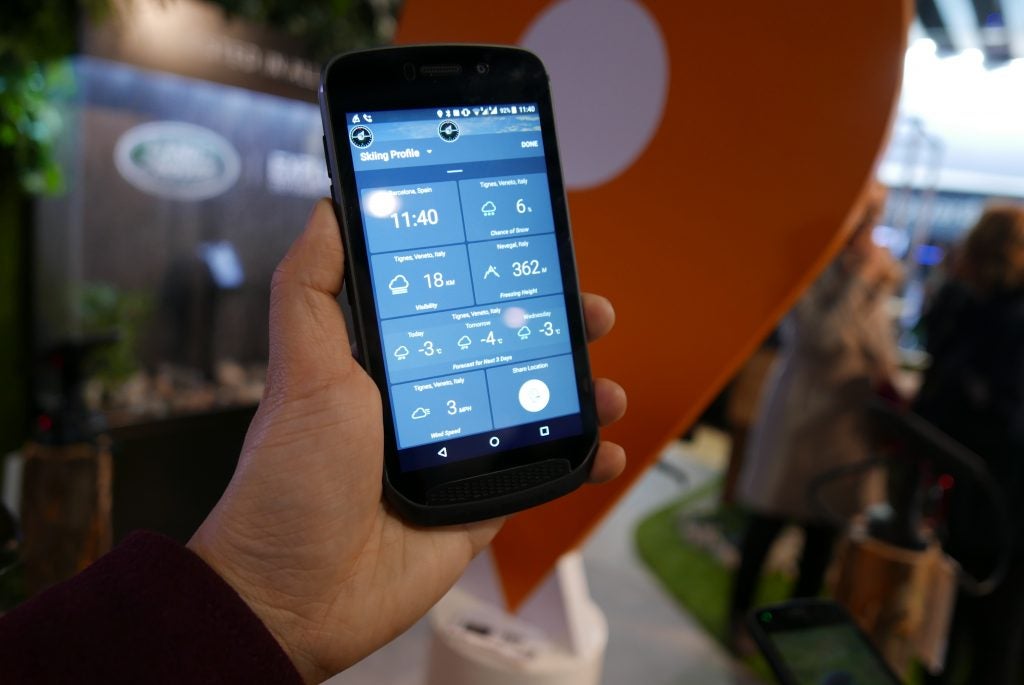 The add-ons feel very much like Moto Mods and are going to add quite a bit of heft to the device. But that’s the trade-off if you want the more accurate GPS or extended battery life. These just snap onto the back with magnets. 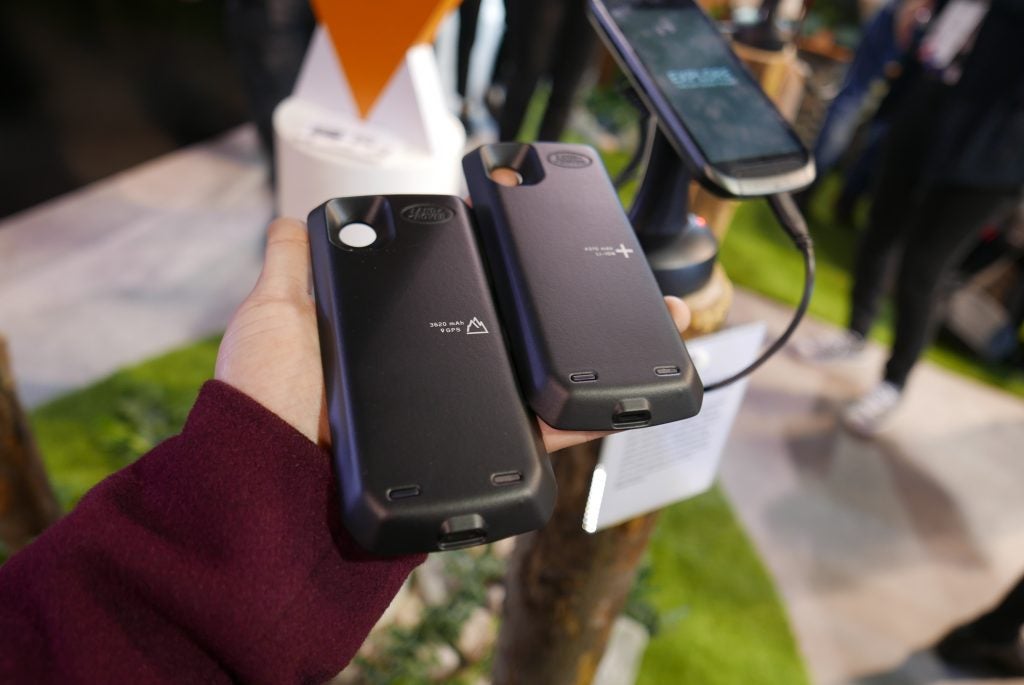 All-in-all, the Land Rover Explore could be a smartphone worth considering if you prioritise ruggedness above all else. Either that or you’re particularly fond of Land Rover.

Have you been patiently waiting for a rugged smartphone like the Land Rover Explore? Be sure to let us know over on Facebook or Twitter @TrustedReviews.