The new Klipsch Cinema range of soundbars is made up of the Cinema 400, Cinema 600, Cinema 800, and Cinema 1200, the latter two featuring Dolby Atmos, will all the soundbars in the range equipped with a wireless subwoofer.

Other features include Bluetooth across the range, compatibility with Amazon Alexa and Google Assistant voice control, and  Spotify Connect integration. 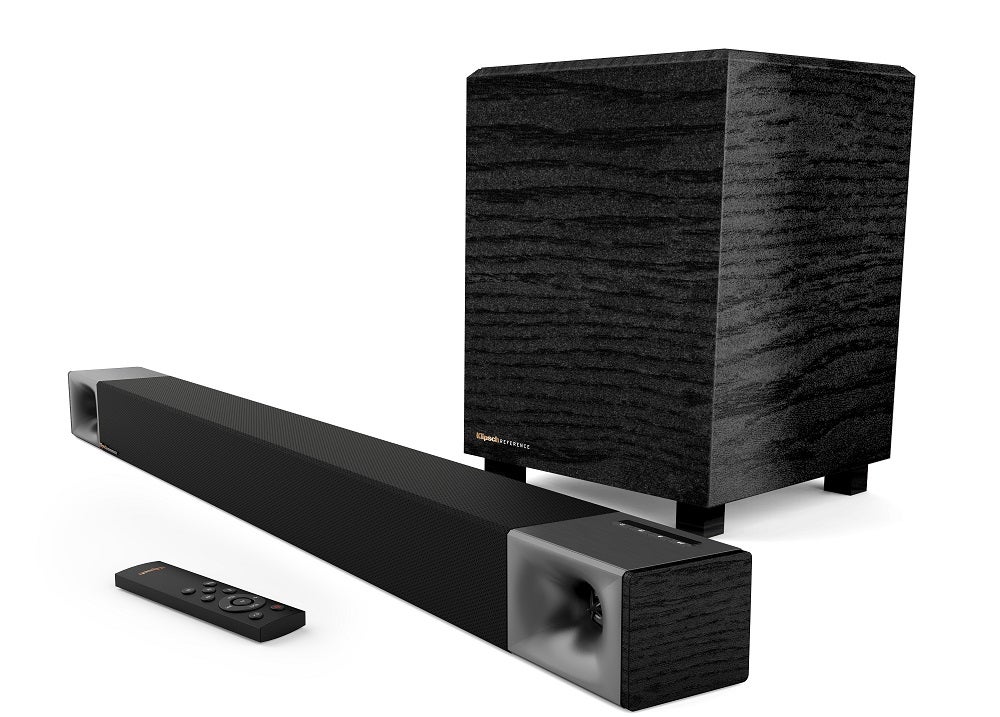 Starting with the Klipsch Cinema 400 (£379), the entry-level bar features a pair of Klipsch Tractrix 1-inch tweeters and two 3-inch midrange drivers combined with the wireless 8-inch subwoofer. You get virtual surround features, built-in Dolby Audio decoding, as well as dialogue-enhancing and night modes.

Next up is the Klipsch Cinema 600 (£549). It features three of the Tractrix tweeters and four of the midrange drivers seen in the Cinema 400, and a subwoofer with a 10-inch driver. It also has a motion sensing remote with LED backlight, so you can see the buttons even when it’s dark. There’s a dedicated centre channel for dialogue, as well as the option of adding Klipsch’s Surround 3 speakers for a 5.1 audio experience.

Above that hails the 3.1 channel Klipsch Cinema 800 (£899). It’s at this point where Dolby Atmos enters the room, enabling 7.1.4 decoding to create overhead channels for a more immersive sound. Wireless music streaming is also possible with Spotify Connect, with smart features included in Amazon Alexa and Google Assistant support. Working in tandem with the soundbar is the 10-inch wireless subwoofer. With an eARC HDMI connection, the Cinema 800 can also passthrough 8K video. Add the Surround 3 speakers, and the Cinema 800’s 3.1 channels are converted into a 5.1 surround system. 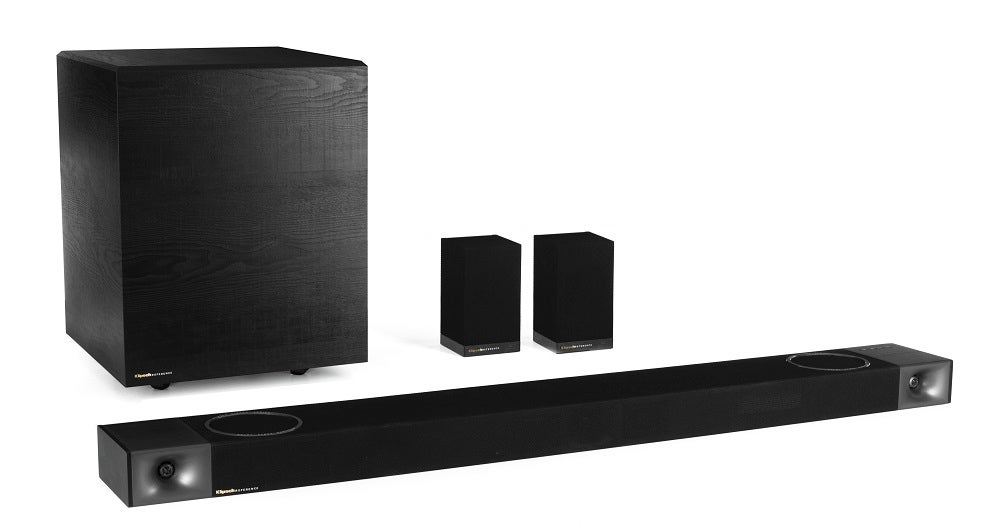 Sitting at the top of the mountain is the Klipsch Cinema 1200 (£1,449). This pricey flagship soundbar starts as it means to go on with its 5.1.4 set-up and 12-inch wireless subwoofer, delivering an almighty 1200 watts of power through its speakers.

All the various units, from the main bar to the sub and surrounds are finished from real wood, and the package includes interchangeable walnut end caps. Built-in Wi-Fi makes multi-room music streaming easier with Alexa, Google Home, and Spotify Connect. Connections include eARC, two HDMI inputs, 3.5mm Aux, optical and a Sub (RCA) out.