Kindle Oasis 2 vs Oasis: Should you upgrade?

Amazon has just unveiled its latest version of the high-end Oasis reader, marking the first update to the Kindle line we have seen this year.

The Oasis sits above the regular Kindle, Kindle Paperwhite and Kindle Voyage, offering a more luxurious reading experience to those who are happy to pay a bit more.

The biggest issue with the original Kindle Oasis was that it didn’t have many exclusive features that warranted the price. Yes, it looked nicer but aside from that there wasn’t much to get excited about.

Does the Kindle Oasis 2 sort this? Let’s have a look and see.

Both the Kindle Oasis 2 and its predecessor share the same basic DNA, but there are some noticeable changes in the updated version.

For one, the screen is now an inch bigger sitting at 7-inches. A bigger panel gives you more space for the text and it does make reading easier on the eyes. It makes the overall reader bigger though, and it’s a lot less pocketable.

The rear of the device is now aluminium, rather than soft-touch plastic, and those pins that connected the charging case have been taken off. That’s because the new Oasis 2 now has a big battery inside, rather than inside a case. 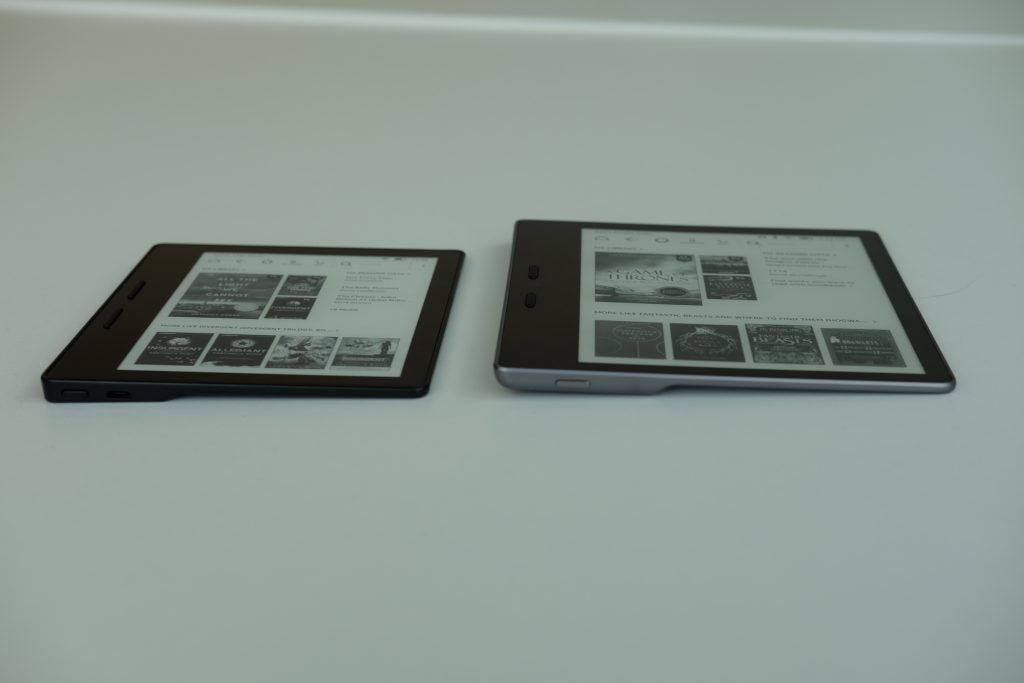 The biggest upgrade this year is that the Kindle Oasis 2 is that it’s the first Amazon e-reader to come with an IPX8 waterproof rating. This means you won’t have to worry about damaging it when you’re sunning yourself by the pool, or reading in the tub.

Amazon hasn’t fiddled around too much with the innards of the new Oasis 2, which considering the original is a perfectly fast piece of kit is by no means an issue.

What is has done is finally make use of the Bluetooth chip inside, so you can connect up Bluetooth speakers and headphones and utilise the new Audible audiobook integration. If you own both the book and audiobook you can now cleverly switch between the two without losing your spot.

Even though the screen is bigger, it still has the same 300ppi resolution. It still looks sharp though, so that’s not an issue.

The screen also benefits from extra LEDs for a more even light and adaptive brightness. This will automatically alter the intensity of the light depending on your environment. 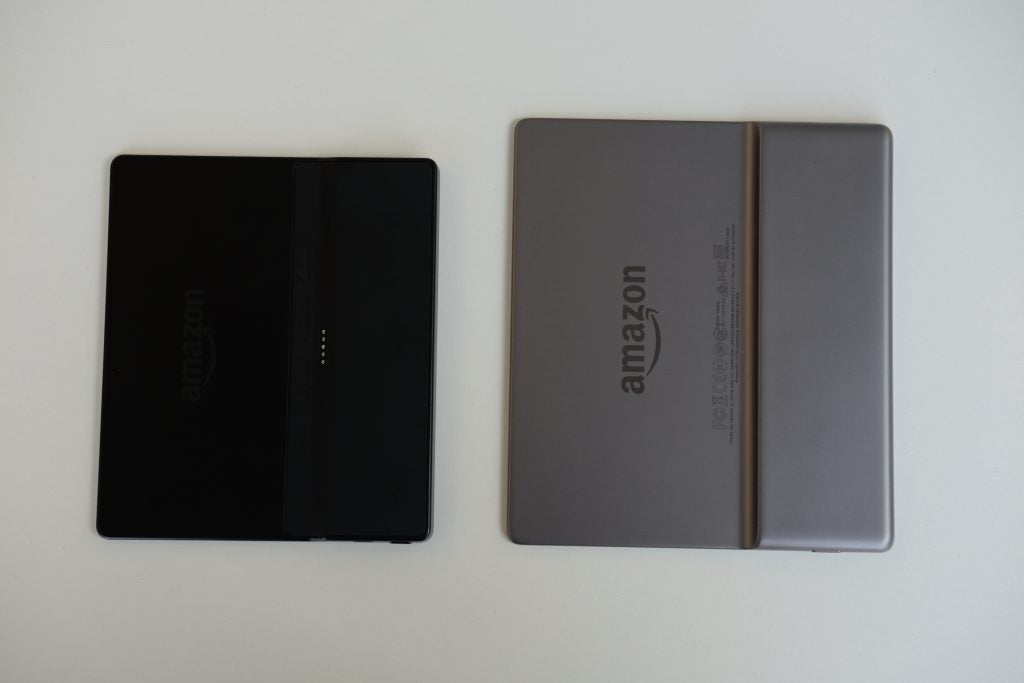 Battery life was the biggest issue with the original Oasis, mostly because the cell inside the reader was tiny and needed a case to really go the distance. That’s hopefully been sorted now and Amazon claims 6 weeks of battery life if you read for 30 minutes everyday.

Kindle Oasis 2 vs Oasis price: Which is better value?

When the Oasis first launched it clocked in at an eye-watering £269, making it the most expensive e-reader Amazon sold.

The Oasis 2 actually starts off much cheaper, though still pricier than the rest of the Kindle range. For £229 you can pick up the 8GB model, and for £259 that’ll jump to 32GB. There’s a 3G option too, which will retail for £319. This gives you unlimited 3G for downloading books, but nothing else, in a whole load of countries.

What do you think of the Kindle Oasis 2? Let us know via Facebook or tweet us @TrustedReviews.