KEF has revealed the LS50 Wireless II speaker, which the British audio brand has labelled as an “innovative evolution from the first-generation” speaker.

The original LS50 Wireless came out nigh on four years ago, and KEF has unveiled the sequel in the LS50 Wireless II. According to the audio brand, the latest powered speaker further delivers on the foundations the original laid down.

Much of that is down to the convenience the speaker offers in its feature set. In tandem with the KEF Connect app, users can stream from Tidal, Amazon Music, Qobuz and Deezer, as well as other Internet Radio stations. Spotify Connect is baked into the app, with the LS50 Wireless II able to stream up to 24-bit/384kHz, decode MQA files and play DSD256. The Connect app also allows listeners to tailor the sound to their environment.

KEF’s Uni-Q speaker technology has been further enhanced with the Metamaterial Absorption Technology (MAT), developed in conjunction with the Acoustic Metamaterials Group. MAT is a synthetic material that can absorb unwanted sound that radiates from the rear of the driver, reducing distortion. KEF claims the solution can absorb up to 99% of unwanted sound.

Driving the LS50 Wireless II’s audio is KEF’s Music Integrity Engine, and there’s a new 100W class A/B amplifier that powers the tweeter, and a 280W class D amplifier does the job for the mid/bass driver.

When the left and right speakers are wirelessly connected, the max resolution output is 24-bit/96kHz. This can be bumped up with the supplied interspeaker cable for 24bit/192kHz playback. 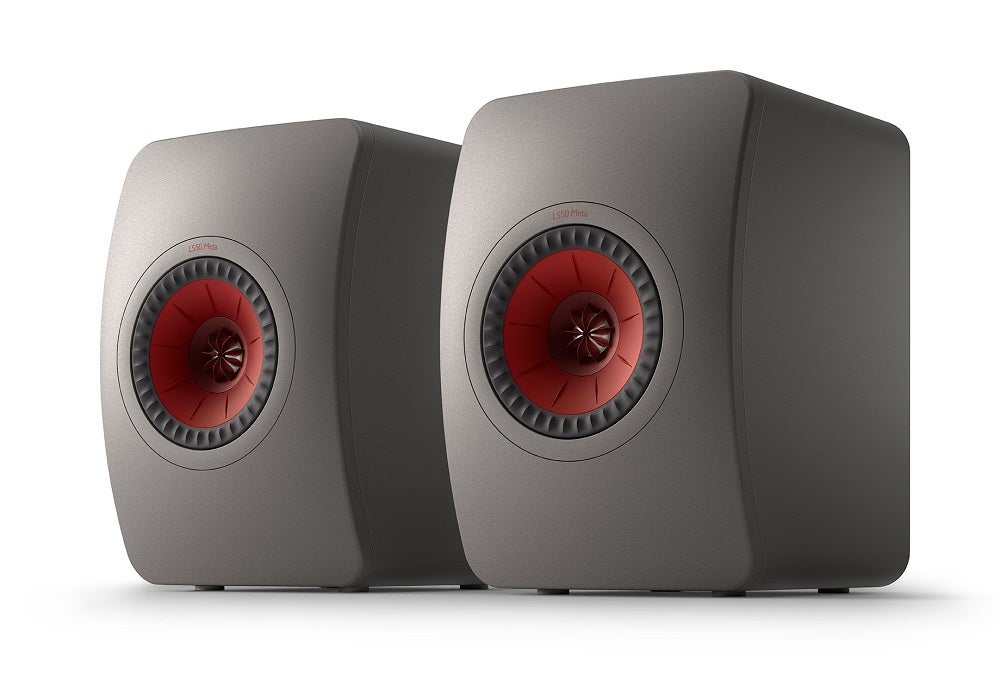 Also announced was the LS50 Meta bookshelf speaker, which are the world’s first loudspeakers to use the Metamaterial Absorption Technology (MAT).

The LS50 Meta features the 12th generation Uni-Q speaker technology with MAT, and improvements include a new cone neck decoupler and motor system, so sound is dispersed evenly around the room. Other improvements include an off-set flexible bass port, a low diffraction curved baffle, and rigid cross bracing with constrained layer damping.

There’s an option of purchasing the S2 speaker stands for both the LS50 Wireless II and Meta speakers. That’s an extra £400.

The LS50 Wireless II and Meta speakers are priced £2250 and £1000 respectively. The former goes on sale in October, while the latter is available September 2020.