JVC’s new ‘Exofield’ headphone tech is basically magic. Yes, headphones can make it seem like you’re listening to speakers positioned in front of you.

It’s not really magic, it’s just really clever software. But it’s such a leap from the typical headphone experience that it feels like there must be some wizardry involved.

Here’s the problem with headphones: they sound like you’re wearing headphones. No matter what you do, music appears to come from the sides of your head, or from inside your head.

Even some of the best headphones (some costing four figures) have the same basic characteristics. They may offer more in the way of organisation and spatial definition, and sometimes the sound may appear to orbit your head, but they never make you feel like you’re sitting in a studio, with the sound approaching you from the front.

That’s where JVC’s Exofield sound field tech comes in. This software can replicate the acoustic space of a room, but in a pair of headphones. That means your headphones can make you feel like you’re sat in front of massive speakers, with the sound coming at you from across the room.

I was invited to check out Exofield for myself, and my experience was so effective that it made me question my senses. The word ‘revolutionary’ is thrown about daily in tech circles, but what we have here is genuinely, properly, actually revolutionary. 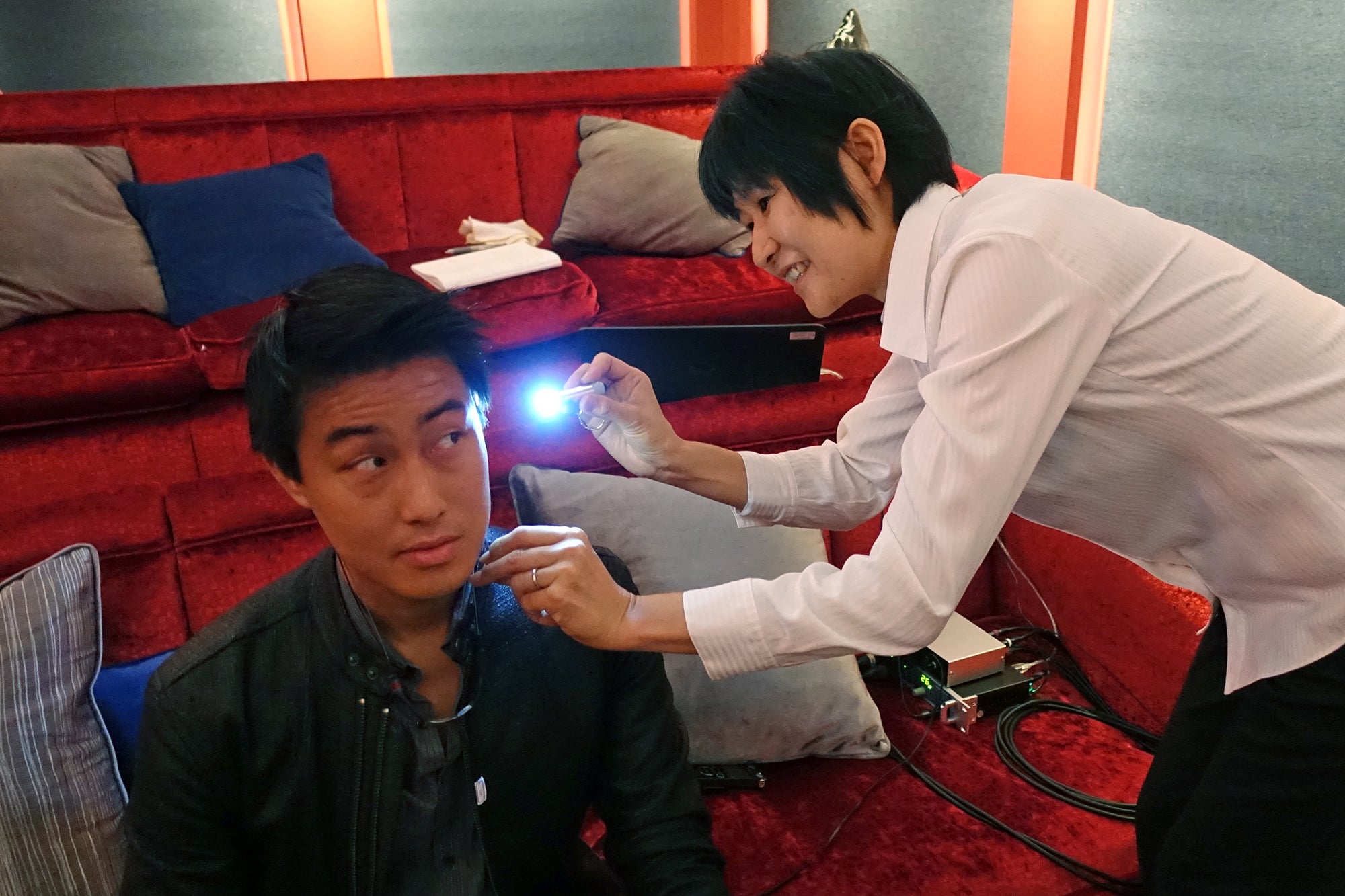 JVC Exofield – How it works

The Exofield process begins with measurements. I had to wear a device that looks like a pair of stethoscopes from a dystopian sci-fi movie.

Two small microphones sat just inside my ear canals, while in front of me a pair of large floorstander speakers blasted test tones – a series of short hisses.

This was to establish some sort of baseline and measure how my ears perceive sound in an acoustically treated room – the ideal listening environment.

I then had to repeat the process, this time wearing a pair of headphones as well as the stethoscope. Now we have two sets of data on how my ears work.

Time for music, and I was fed some soft jazz through the headphones and it sounded… like a pair of headphones. Music came at me from left and right, meeting somewhere behind my sinuses. Then JVC flicked a switch.

The sound cut off on the headphones and resumed on the speakers in front of me. The presentation opened right up, with a wide soundstage and a clear stereo image. Drums at my 2 o’clock, double bass at my 10, vocals at noon.

That’s how it seemed, anyway, until I took the headphones off and realised nothing was coming out of the speakers. It was all in the headphones.

I tried the experience again and again, with JVC turning Exofield on and off. The whole time I had headphones on, but the music seemed to leap from headphone to speaker, with consistent effectiveness. It wasn’t just the fact that the music seemed to come from across the room that impresses, it’s that it did so with alarming precision. 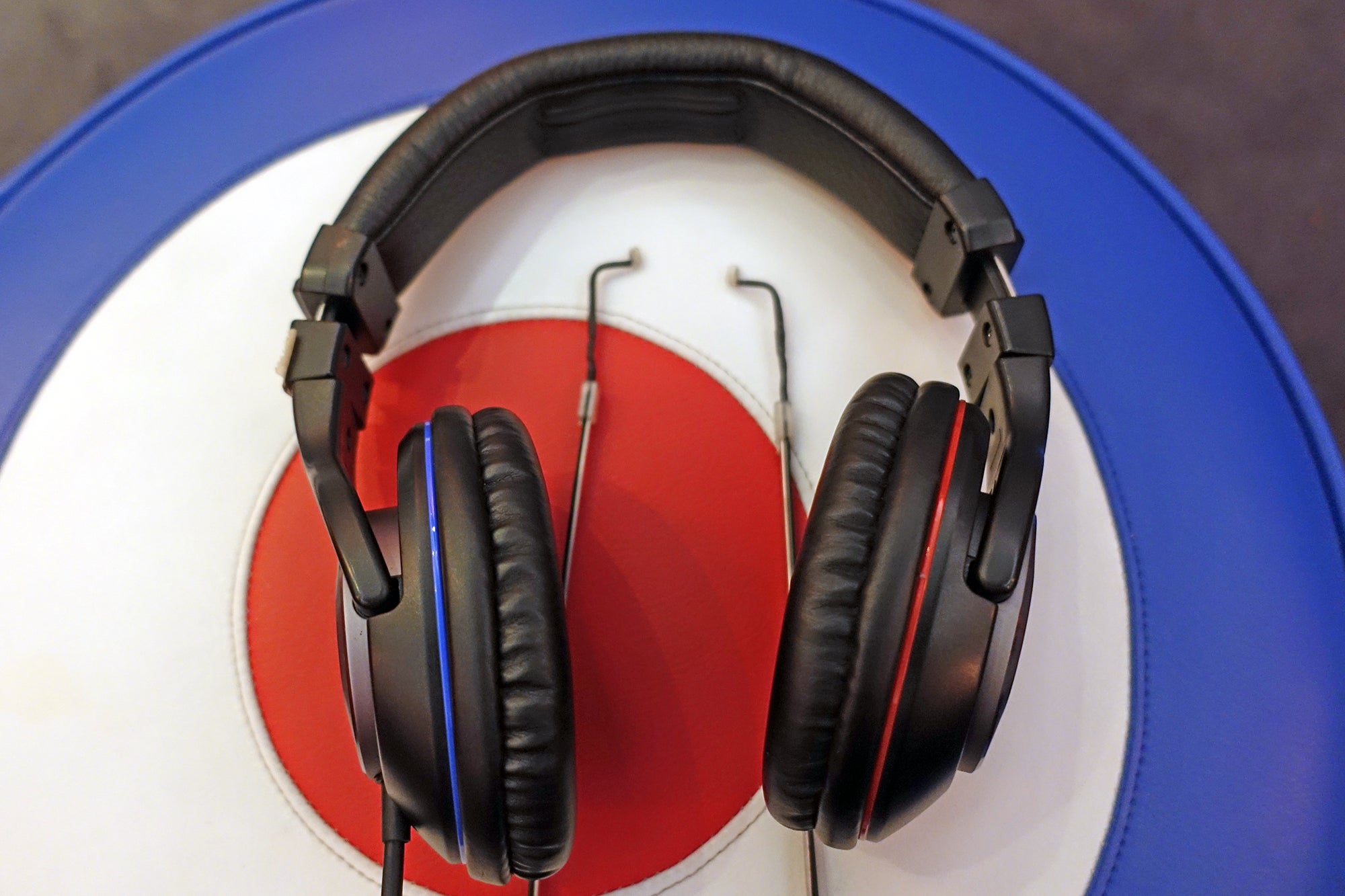 Exofield is the baby of Hisako Shinbara, deputy senior expert in the Exofield Business Development Office. She was the one flicking the switch on and off. She noticed me staring at the headphones in disbelief, and reminded me that it’s nothing to do with the headphones at all – it’s all in the Exofield processing, which uses clever algorithms to make the headphones match the way your ears hear speakers.

This sort of sonic trickery is way beyond any virtual 3D headphone tech on the market. Mostly, what you get these days just messes with time delay and echoes, or widens the soundstage a hit – and they tend to sound rubbish.

Hiroyuki Sato, senior manager of JVC’s VR Business Development Office, says that’s because most virtual 3D offerings are generic. “Personal optimisation is the key to sound field technology,” he says. “It is impossible to speculate how each person hears.” 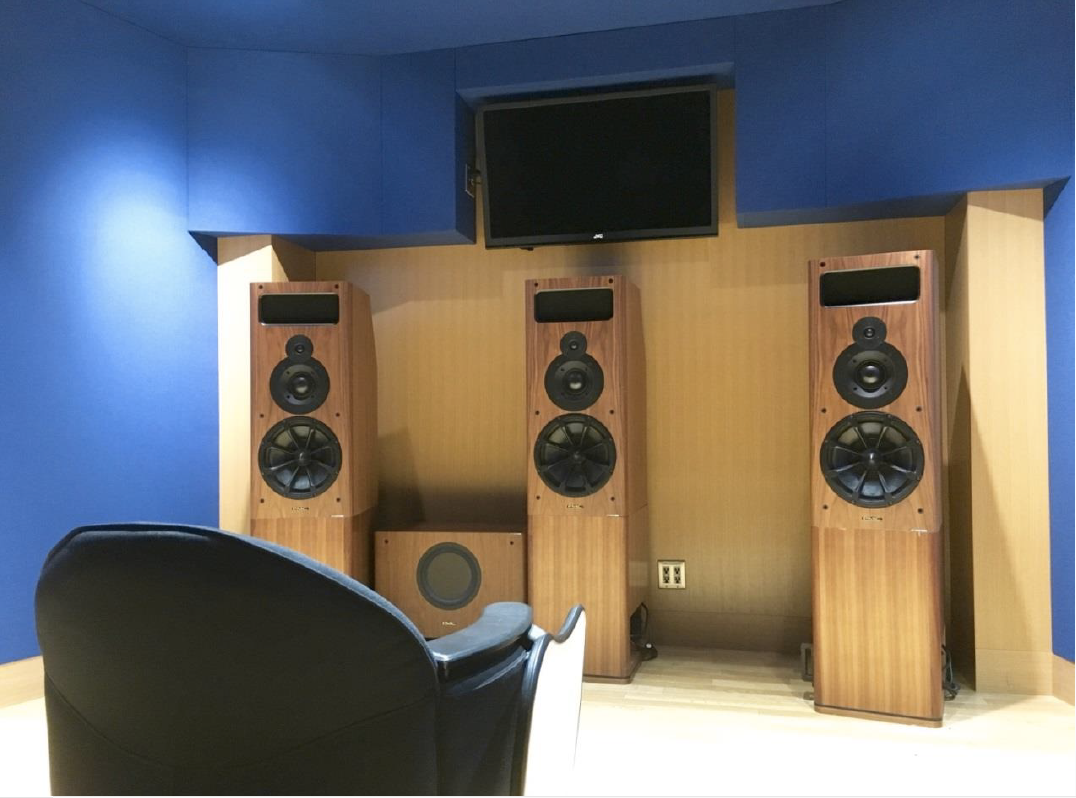 Being able to take a listening room with you wherever you go opens up a world of possibilities. The most obvious upshot of Exofield is that you can now enjoy proper speakers even if you have no space for them. Or if you’re out and about. Or if you just don’t want to annoy your neighbours.

“You no longer need to have an expensive home theatre to enjoy one,” Sato-san adds.

Another possibility is that Exofield can be used to make your home feel like famous recording locations, such as Abbey Road in London or the Wisseloord Studios in Amsterdam.

That last one is actually happening right now. 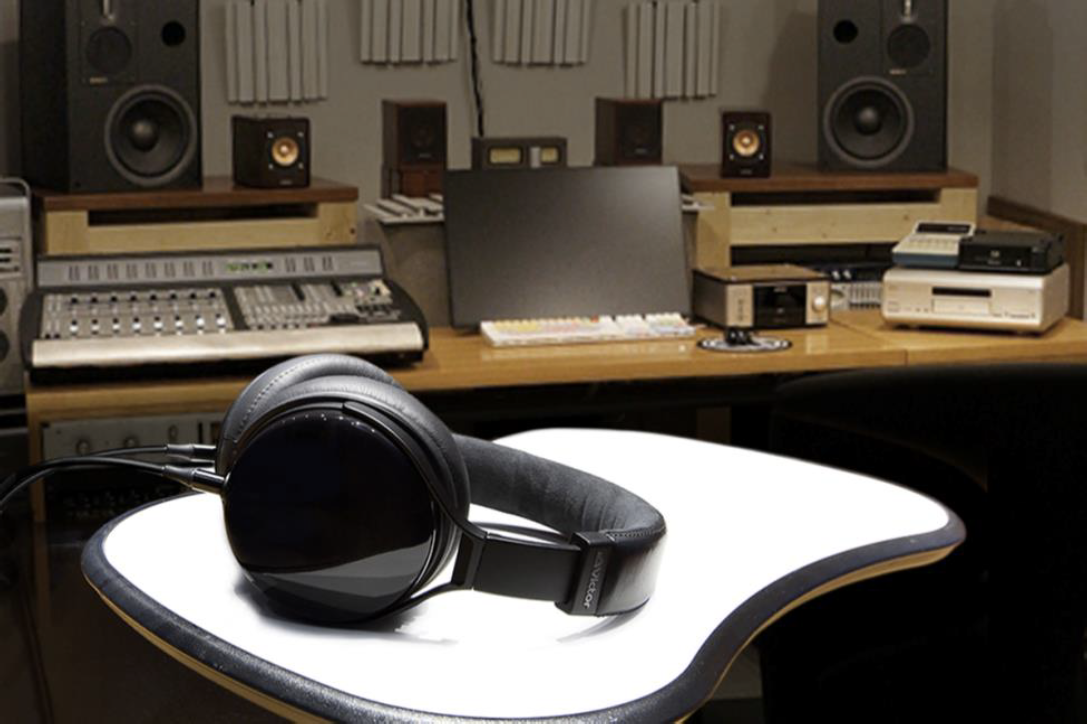 JVC Exofield – How do I get it?

Here comes the bad news. Since Exofield is a new technology, it’s not hitting the mainstream any time soon. For now, it’s reserved for those with cash to splash.

The complex nature of the measurement and software application means that it’s not just plug-and-play. JVC has to do that for you, and you’d have to go to Japan.

There you get Wizmusic, which JVC is calling a ‘customised sound field service’. Basically, you get to experience what I described above. You can pay for several packages, costing between £3000 and £9000, which gets you different levels of audio opulence.

With the premium package, you are brought to Tokyo’s Victor Studio. You’ll have your personal sound field measured and calibrated by the studio’s engineers. That sound field data can then be transferred to a smartphone, for use with the Wizmusic app (iOS and Android). 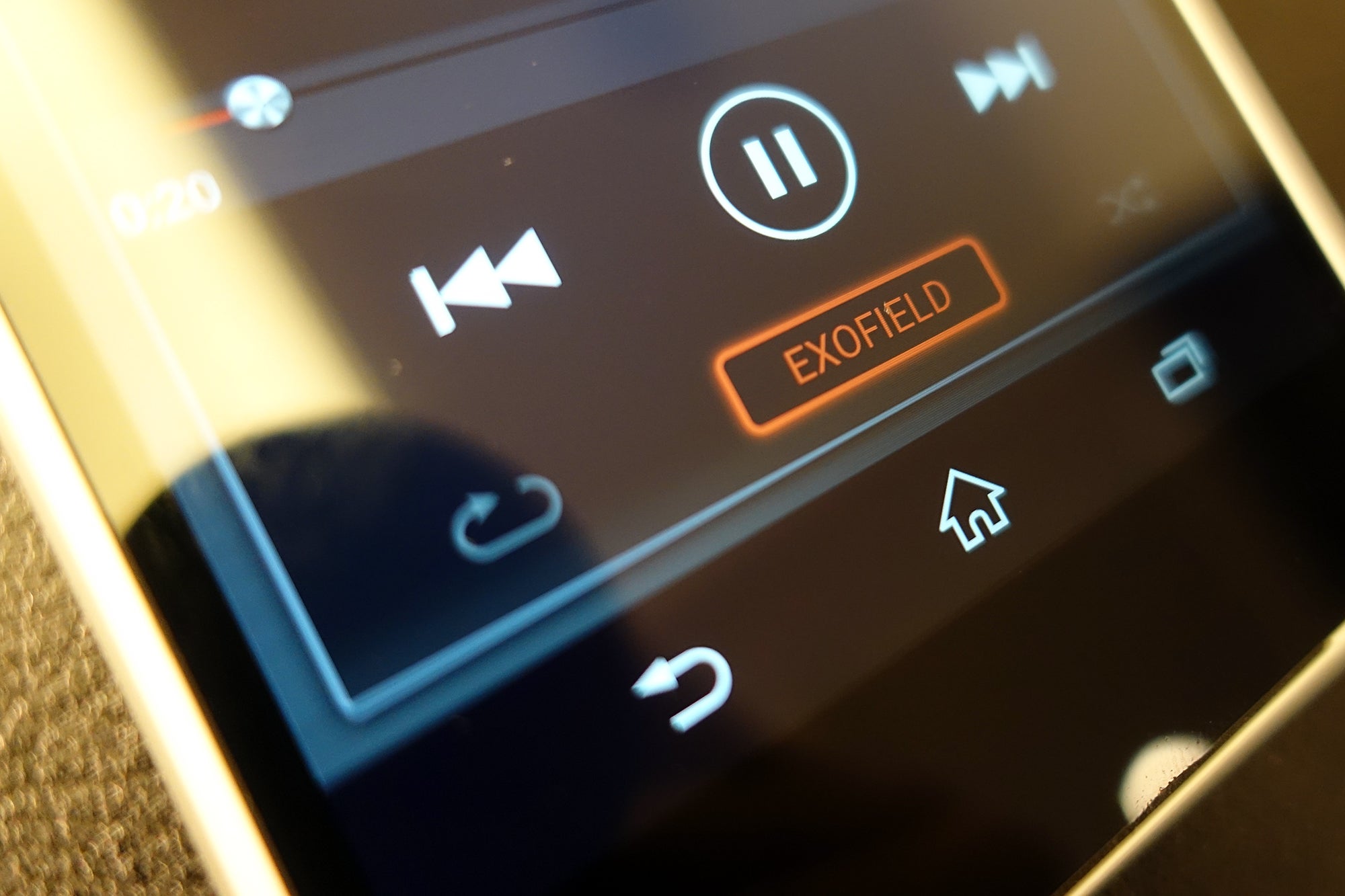 For those who want to bring their families, the premium package lets you take away four sound field profiles. After you finish, you’ll even get a guided tour of the recording studio.

As for hardware, you’ll be given some high-end audio equipment, so you can properly enjoy the studio’s acoustics. You’ll take home a fancy crate containing a headphone amplifier, the necessary cables, plus a special pair of headphones.

How special? They’re made of ‘Aquatimber’. This is vintage maple wood that’s been submerged for more than 160 years in Georgia Bay, the Great Lakes and other North American waterways. The wood ends up free of oxygen and hard as nails, which supposedly helps to reduce unwanted vibrations and produce a clear, natural sound. 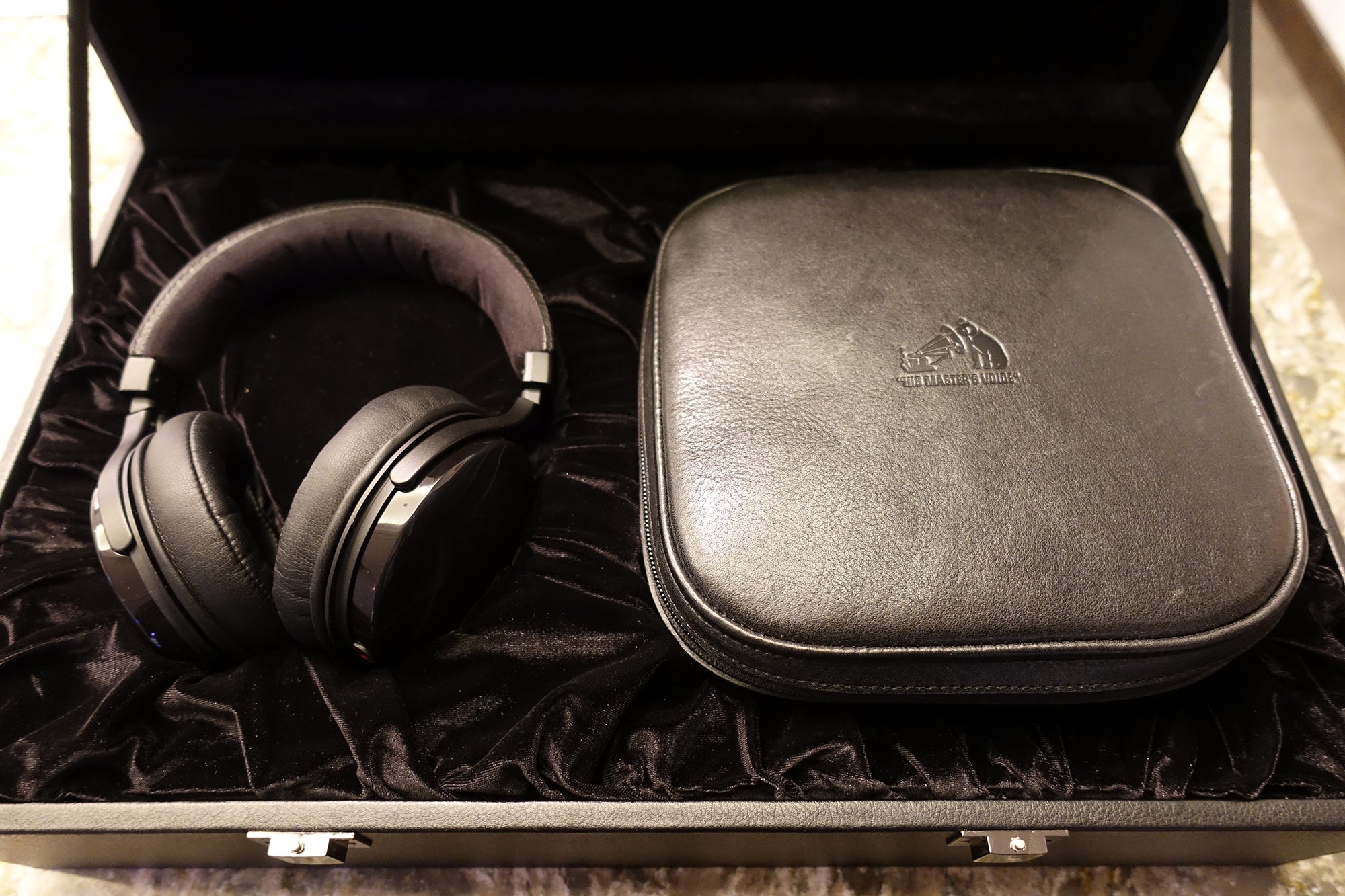 Wizmusic is taking booking now for October 2017. It’s limited to Japan for now, but JVC would expand Exofield globally if it proves successful.

I have no doubt it will be.