Be warned, there are spoilers for Jessica Jones season one ahead.

Update (October 4, 2017): Filming has finally wrapped on Jessica Jones season two, which means we’re almost certainly still on track for a 2018 debut. Read on to find out more.

Jessica Jones’ first season debuted back in 2015, and while all eyes are currently on the big Netflix-based Marvel team-up, The Defenders, for this year, Jones will be returning in 2018 for another round of female-led action.

So, what do we know about Jessica Jones Season 2? Who’s in it, what are the big rumours, and when will it actually arrive on Netflix? Allow us to explain… 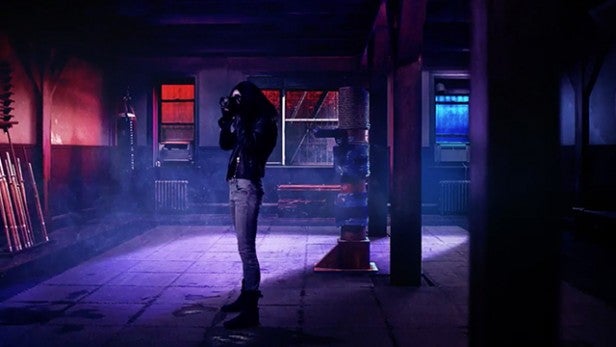 It seems David Tennant will be returning for the show’s second season, as a report from Entertainment Weekly reveals the presence of the former Doctor Who on-set. Of course, Tennant’s character Kilgrave was – Spoiler ahead – rather unceremoniously killed off at the end of the show’s first season, so it remains unclear in what form the character will return this time around.

But there’s no denying the evidence, as EW has posted the following picture of Tennant on the set of the show’s second season alongside star Krysten Ritter: 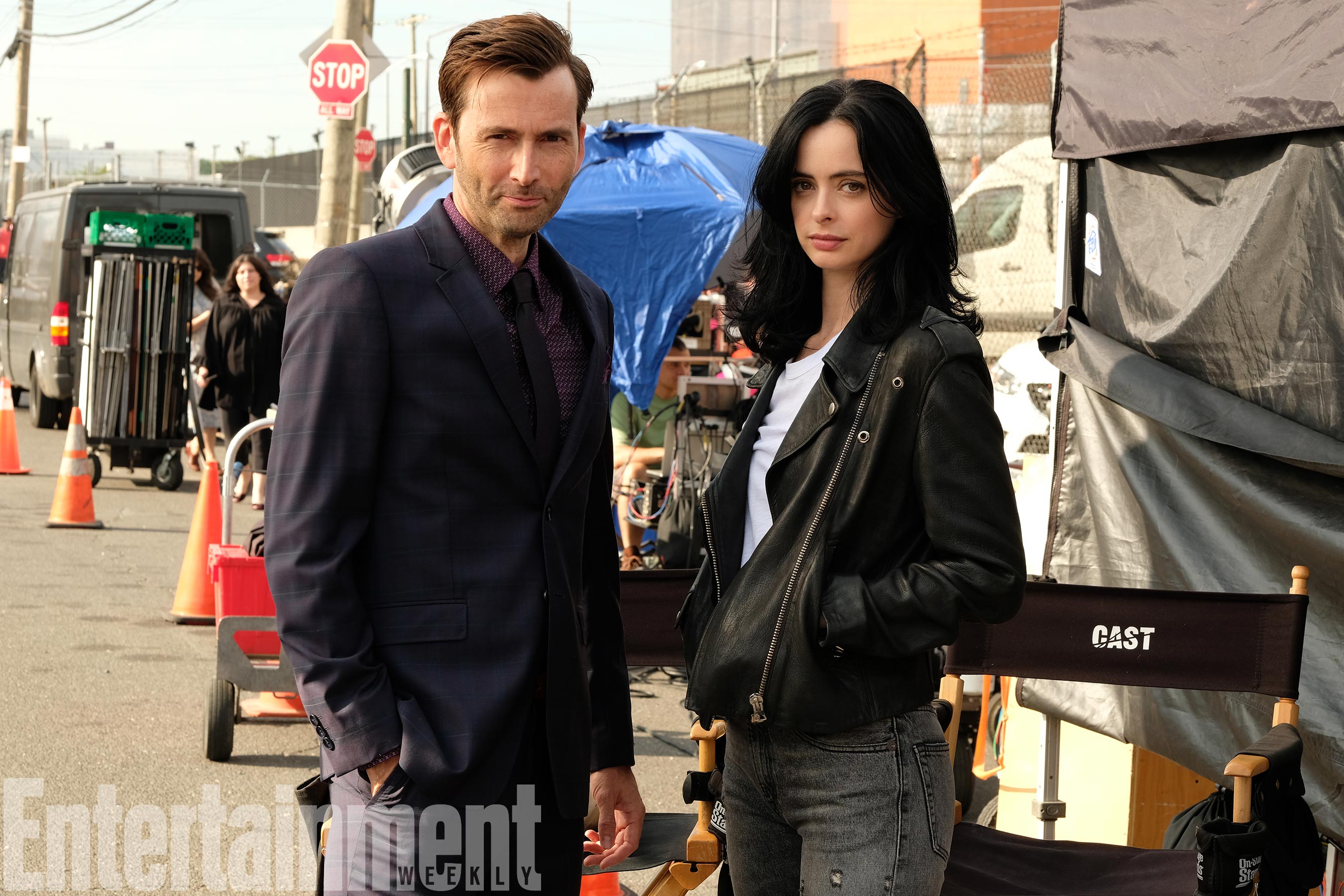 We know the the second season began shooting back in April this year, straight after shooting wrapped on The Defenders in March. Prior to that, star Krysten Ritter (Jessica Jones) indicated that season 2 would be filming ‘back-to-back’ with Netflix’s big Marvel team-up.

We also know that filming for the new season concluded on September 14, 2017, which seems to suggest production is still on track.

Other than that, we know the series will hit Netflix worldwide in 4K and HDR, but we don’t have a definite release date, however, Netflix CEO Ted Sarandos indicated in July 2016 that season 2 wouldn’t be released until 2018. Again, there’s no concrete release date, but at least we know Jones is likely to return next year – though, that could still change.

Jessica Jones Season 2 – What do we know?

At this point, we don’t know a whole lot about the second instalment of Jessica Jones. Plot lines, villains, and other details have been kept under wraps so far, but we know the show is currently being filmed, so there’s a few leaked shots here and there, combined with some official photos from Marvel.

Back when the second season was first confirmed, Executive Producer and Marvel’s Head of Television, Jeph Loeb said: “Marvel is thrilled to be working with Netflix for a second season of Marvel’s Jessica Jones. The positive response to Jessica’s story from fans all over the world has been overwhelming and we look forward to diving even deeper into these characters and this world.”

Not much info there, but we do know that Raelle Tucker who served as Executive Producer on The Returned will be on writing and executive producing duties on Jessica Jones season 2. Tucker will oversee the 13 episodes which we know will all be directed by women. That’s thanks to showrunner Melissa Rosenberg, who, after breaking the news, told Deadline:

“I think one of the things I would be able to do now, that’s harder to do in the first season, is to really expand on the ensemble…I would hope to further expand on the ensemble, and on Jessica’s world. She ends in a very different place than she started off. She’s still going to be Jessica Jones — that is not going to change. She will continue to drink and make mistakes, and accidentally drop people onto train tracks, but something has changed for her by the end of this season, and I’d just love to explore that in the second season.” 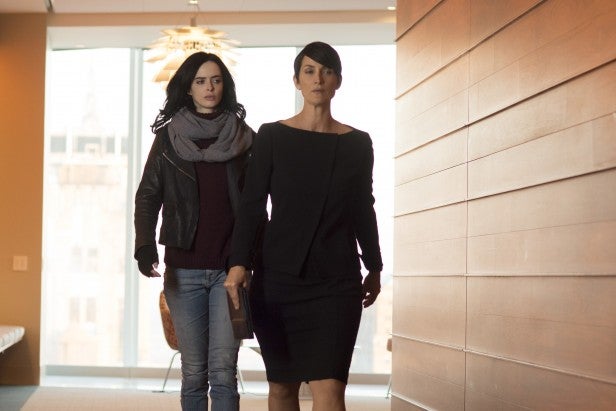 Carrie-Anne Moss is likely to return for round two

As for who’s in the cast this time around, obviously Ritter will return in the title role, and you can expect to see Rachael Taylor as Jones’ close friend Trish Walker (as seemingly confirmed in photos from Marvel Studios’ official Twitter account – more below). Carrie-Anne Moss’ Jeri Hogarth is also likely to return, but it seems unlikely we’ll see as much of Mike Colter as Luke Cage this time around, now the character has his own series.

We also know Janet McTeer (Albert Nobbs, Into the Storm) has joined the cast, but at this point, it remains unclear just what role she’ll be playing. Could she be the new antagonist? According to EW, McTeer will be playing an “undisclosed character who will have an enormous impact on Jessica’s life.”

Speaking about McTeer, showrunner Rosenberg told EW: “Her gravitas and authenticity are the perfect ingredients for all we’re trying to create this year. She disappears into roles, gives her characters extraordinary dimension and depth. We’re incredibly fortunate to be able to collaborate with her.”

And, of course, last season saw the demise of David Tennant’s Kilgrave, so it’s unlikely we’ll see him return, though there’s always the possibility of flashbacks or hallucinations etc. 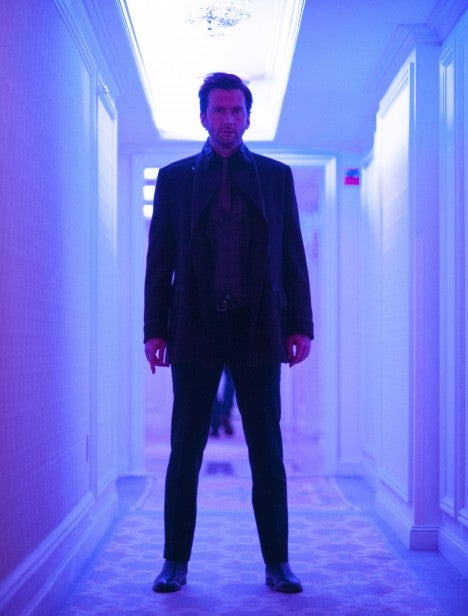 Other than that we have the following update from MCU Exchange’s Twitter account, which claims Luke Cage actor Mike Colter intimated that season 2 will be much darker than the first:

Darker than the first season? This one should be a prettty bleak affair, then…

So far there’s been no official announcements beyond Ritter and Janet McTeer, but pictures posted by Marvel Studios’ official Twitter account have seemingly confirmed Rachael Taylor will return as Trish Walker. As such, here’s who we know for sure is in the cast:

And here’s who’s likely to show up:

We’re also expecting NYPD Sergeant Will Simpson to return as super-soldier Nuke. The end of last season saw the character, played by Will Traval, is taken away by the shady “IGH” organization having taken supplements to increase his strength before being thwarted in his attempts to kill Jessica Jones. Traval himself dropped a possible teaser for his return with the following tweet:

Far from confirmation, then. But it’s looking likely we’ll see more of Traval in season 2.

At this point, we’re yet to see a Jessica Jones season 2 trailer arrive. Netflix is busy promoting the upcoming Defenders show, in which Jones will be in a starring role, so until that’s out the way, don’t expect to see much in the way of trailers for Jones’ second outing. The Defenders will launch on the streaming service on August 18, followed later in the year by the Jon Bernthal-led The Punisher series. So, expect to start seeing more in the way of Jessica Jones promotional material from Netflix and Marvel in the months following The Punisher.

We may not have a trailer yet, and official images are also yet to surface, but here are some shots from Marvel Studio’s official Twitter account showing Ritter and Taylor on-set during filming of season 2 on May 19: 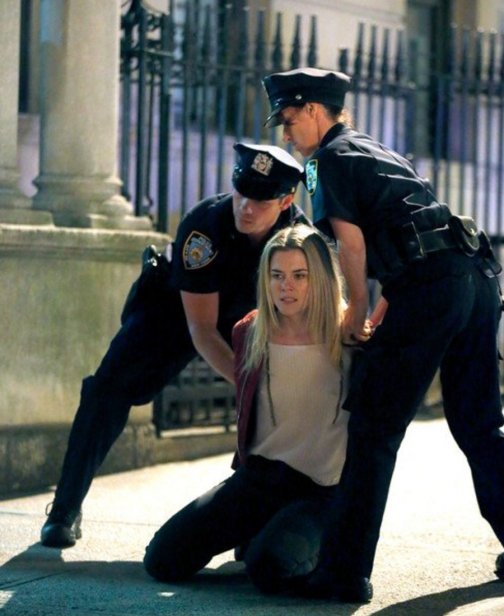 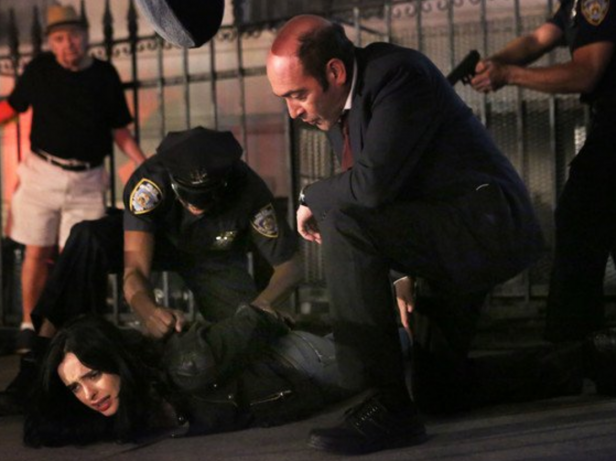 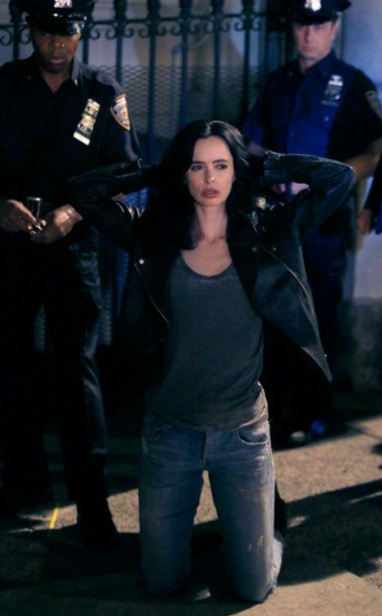 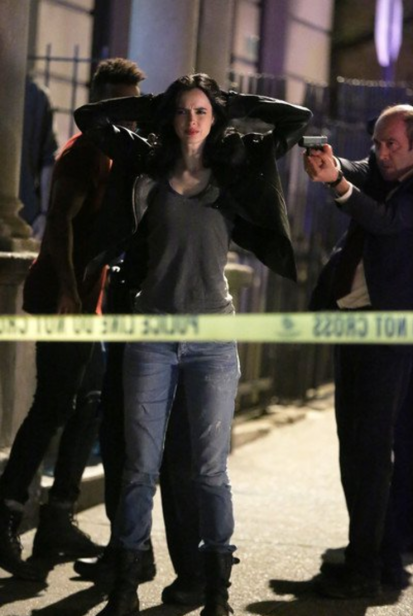 And here’s a further tweet from Marvel showing the duo filming on June 22:

Elsewhere, Tumblr site MCUFilming.com has a few images of Ritter and Taylor from the set, though there’s nothing revelatory in the shots.

Stay tuned for more in the coming months as we’ll be updating this page frequently as Jessica Jones season 2 draws nearer.

What are your predictions for Jessica Jones season 2? Let us know in the comments.