Jaguar has unveiled its first electric vehicle at a press event in Los Angeles – and live-streamed to us in London in appropriately futuristic virtual reality – promising a 500km range with zero tailpipe emissions.

The Jaguar I-PACE is the first car ever built by the luxury British automaker to be powered entirely by electric motors, and is set to land on UK roads from 2018. It’s an evolution of Jaguar’s existing F-PACE, a compact crossover SUV that was announced back in 2015. Unfortunately, the Jaguar I-PACE is still only in a concept stage for now, but the full version will be revealed in late 2017, with a view to roll out the car to customers in the year after.

Jaguar’s new car is powered by a liquid-cooled 90kWh lithium-ion battery that’s been positioned low to ensure a decent centre of gravity. There are two electric motors that have been integrated into the front and rear axles, offering a total power output of 400PS, and 700Nm of instant torque. The result is that the I-PACE can manage 0-60mph in just four seconds – not bad for an SUV, eh? 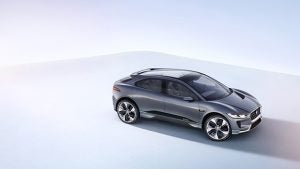 Speaking at the announcement, Ian Callum, Director of Design at Jaguar, said: “The I-PACE Concept is a radical departure for electric vehicles. It represents the next generation of battery electric vehicle design. It’s a dramatic, future-facing design – the product of authentic Jaguar DNA matched with beautiful, premium details and British craftsmanship.”

Callum continued: “This isn’t just a concept. it is a preview of a five-seat production car that will be on the road in 2018. This will be Jaguar’s first-ever battery-powered electric vehicle and opens a new chapter in the history of our legendary brand.” 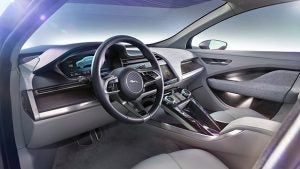 We’re still a long way off from the final version of the I-PACE, but Jaguar reckons it can achieve over 500km of range per single charge. That should be enough to manage the average daily commute with a single full charge per week, apparently. These lofty stats are the fruits of Jaguar’s extensive efforts crafting a custom-built 90kWh Lithium-ion battery, which can be charged up to 80% in one-and-a-half hours using 50kW DC charging.

“This is an uncompromised electric vehicle designed from a clean sheet of paper; we developed a new architecture and selected only the best technology available. The I-PACE Concept fully exploits the potential EVs can offer in space utilisation, driving pleasure and performance,” said Dr Wolfgang Zeibart, Technical Design Director at Jaguar Land Rover. 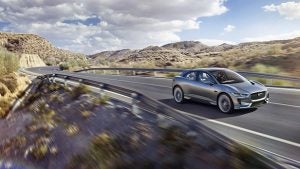 The new Jaguar I-Pace isn’t bad looking either, sporting a similarly slick finish as the new F-PACE. You’ll get 23-inch Nighthawk wheels in ‘Technical Grey’, with ‘Gloss Black’ inserts and a diamond-turned finish. There’s also a 12-inch high-resolution Interactive Driver Display that replaces the traditional dashboard dials, and space is in no short supply thanks to the 530 litres of loadspace in the luggage compartment – plus additional space in the front stowage area. And Jaguar promises a 0.29Cd drag coefficient that’s achieved through the I-PACE’s “streamlined profile, aerodynamically-optimised rear-end design, and details such as the flush door handles”.

The bad news is that we’ve got no idea when exactly the Jaguar I-PACE will be released, or how much it will cost. The lowest-spec version of the Jaguar F-PACE will set you back £35,020, but we’d expect that the I-PACE will cost more on account of its fancy electronics.

Check below for more images of the new Jaguar I-PACE: 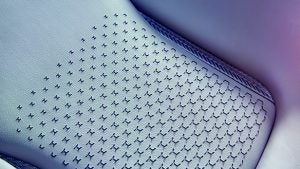 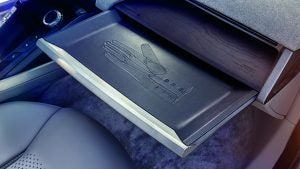 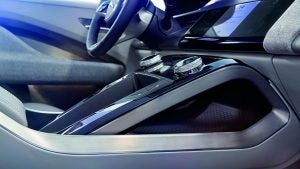 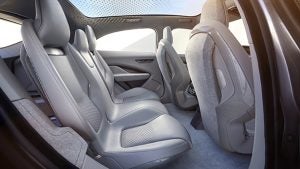 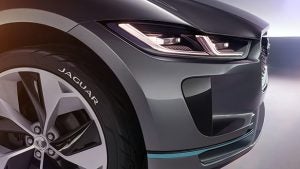 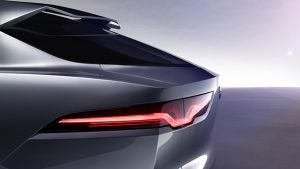 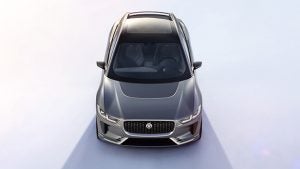 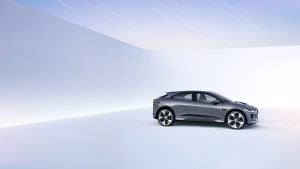 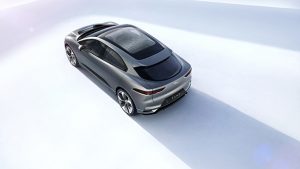 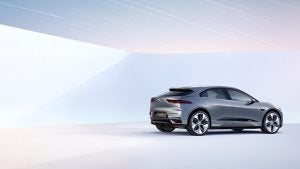 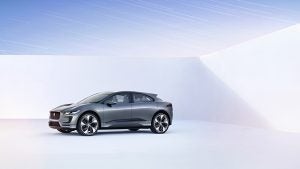 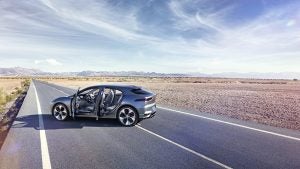 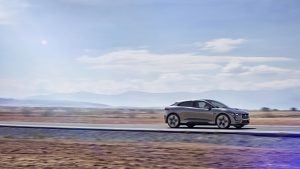 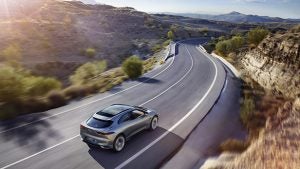 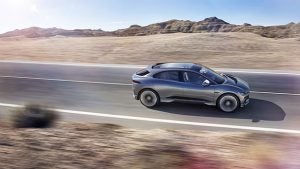 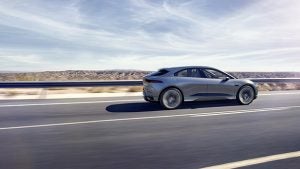 What do you think of the new Jaguar I-PACE? Let us know in the comments.