It was Runefest 2018 over the weekend, Jagex’s annual celebration of all things RuneScape. If you haven’t played the game in a while, here’s a quick primer: RuneScape as you may have known it (the mostly brown and charming polygonal experience) has been renovated for modern audiences.

The game has moved to a new C++ client with a host of new features and is visually similar to modern MMORPGs, though set in the same framework that made the game popular many moons ago.

Luckily, for those who don’t like the new mod cons, Jagex also released Old School Runescape in 2013, a time capsule of the Java game from 2007 that has since been iterated upon over the past five years, adding new content to the preserved state of the game.

As of 2017, it has double the players of RuneScape, become something of an esport, and is fast approaching a mobile release. We were on the ground at Runefest to catch up with Mat Kemp, senior product manager at Jagex, who’s working on Old School RuneScape.

“I started at Jagex 13 years ago and I was a fan before I was an employee. If I’d have known back then that I could play it on a phone I don’t think I would have worked ever again,” he said.

Old School RuneScape Mobile has seen a successful members-only beta, with the full game set to drop for everyone on October 30, 2018. For Kemp, a change in technical tact has been necessary to deliver the vision.

“The key thing is changing our development process to make sure everything we do is mobile-compatible,” Kemp said. “We have to continue doing things the players want, whilst making sure it works on both mobile and PC.” 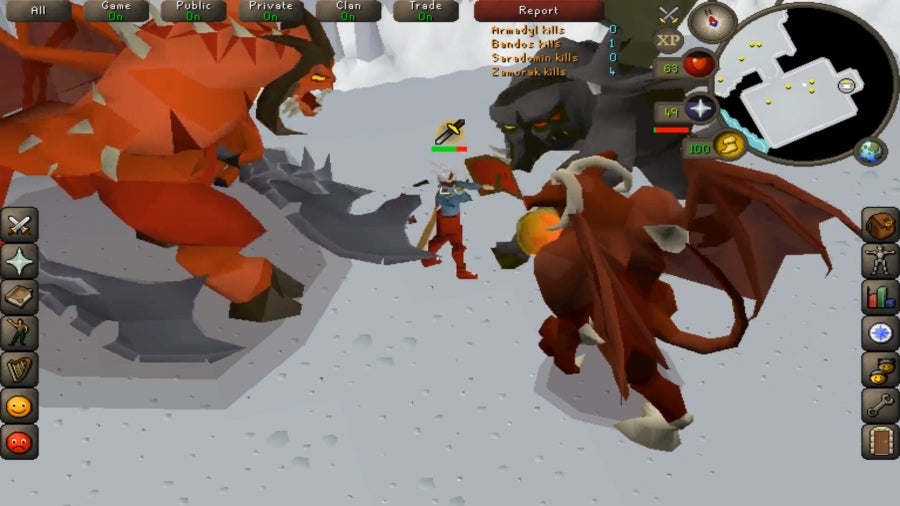 The team has run into lots of technical issues, but a host of improvements over the standard PC counterpart have also been realised.

Kemp tells us the size of the client was a natural fit, due to its humble beginnings. “The game was originally designed to work on a computer back in 2002 with 56k dial up internet on a Windows 3.1 PC, so it’s small and optimised already.”

The point-and-click style of play necessary for mobile is also very transferrable, with the rustic controls of Old School RuneScape. By grafting in a mobile GPU renderer, it has a superior fps rate on mobile than on PC thanks to a shift in architecture. The game runs at 60fps on mobile, but Kemp told us that Jagex has “had it running at 80 [fps] on some high-end phones.”

One of the more interesting facets of Old School RuneScape is its democratic poll system, where 75% of players must vote in favour of proposed additions or changes for them to be realised in-game.

It’s a tight-knit community where there’s no real wall between players and developers. Delivering new content updates is bold, never mind wading into the mobile market as one of the first fully-fledged MMOs to offer crossplay with PC in the West.

“Nobody’s really done this before, especially with a game which is as old or as established as RuneScape,” Kemp says.

The new content revealed at Runefest 2018 includes a new Warding skill that allows users to make Magic Armor by casting spells. More interesting though is a new area, the Kebos Lowlands. 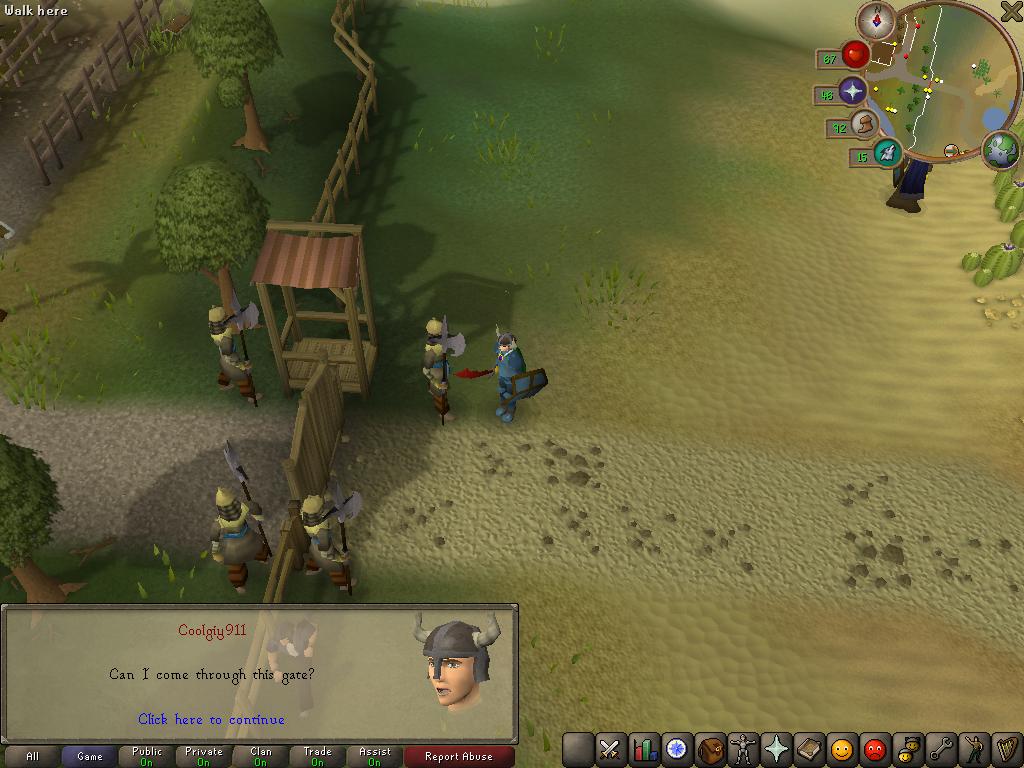 Kemp tells us that as well as altering the geography of the game, the Lowlands will add a new farming guild, city, race and a task-giving Slayer Master. Funnily enough, there is also a growable farming boss in the works, which Kemp says is akin to Day Of The Triffids.

Two of the greatest concerns for Old School RuneScape Players right now are MTX (microtransactions) and real-world trading and botting. This stems from an influx of microtransactions in the modern RuneScape game, as it has evolved with the times.

Old School RuneScape has consistently kept its version of the game devoid of any MTX, but with the jump to mobile it felt right to ask about it. Kemp was clear on Jagex’s intentions, responding: “It’s not going to happen.”

In regards to the issue of bots and real-world trading, Kemp makes it known that Jagex is dealing with it, but it’s not a problem that can really be fixed in an instant.

“We’ll never win. If there’s a way for people to make money off of something they will always try. The problem is in how it impacts players. At the moment it’s alright. Depending on changes that we make as developers, it’s always in flux. However, we have an awful lot of tracking in place to read the impact on players, whether it’s economy or reports. We are doing our best to stay on top of it.”

When asked why nostalgic players should get back into Old School RuneScape all these years later, Kemp is positive that the muscle memory won’t have faded, and that old users can find new fun in the swathes of fresh content available.

“They should come back for their memories and play the game as they played it first time round just to get all of those great feelings again,” Kemp says.

“And what you’ll find is that you will understand the game now much better than ten years ago and you will progress better and get to things you’ve never done before. It’s about getting those great memories back again.”