The Nintendo Switch is the next big talking point in the gaming sector, and the portable hybrid console could have a big VR partypiece hidden up its sleeve.

According to a newly surfaced patent, the screen-packing console will be able to be inserted into a dedicated VR headset. This would essentially make it an oversized version of the Google Daydream View or Samsung Gear VR.

The patents, surfaced by NeoGAF forum member Rosti, suggest that with the body of the Switch console inserted into a dedicated headset, the controllers would then let you interact with the virtual worlds.

Related: When can you pre-order the Nintendo Switch? 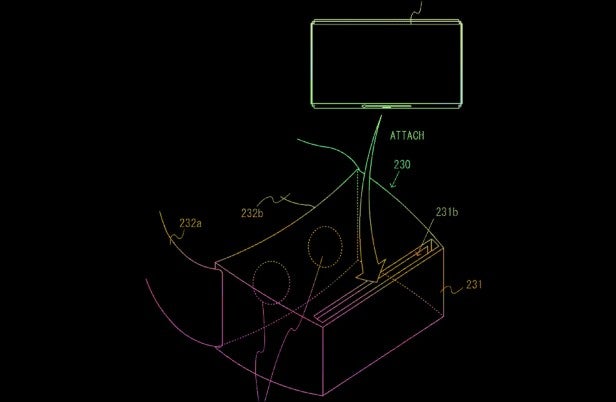 Although just a patent filing, this is a positive sign of potential things to come for the exciting, but slightly confused looking console.

Despite having formally unveiled the console with clip-on controllers, Nintendo has still left a number of Swift-based blanks to be filled in.

While we know what the device will look like, that’s pretty much all that’s confirmed. Finalised specs are still unclear and we don’t know if its screen will be a touch panel or not.

With the console set to go on sale in March, the Japanese firm has confirmed it will announce further details in January, with these latest patents suggesting that VR capabilities could be part of these announcements.

Are you excited about the Nintendo Switch or already feeling underwhelmed? Let us know in the comments.