What do the The Grand Tour and Games of Thrones have in common? No, it’s nothing to do with the the badly dressed stars with old-world views, instead they’re both extremely popular with illegal streamers.

Despite only being a couple of weeks old, The Grand Tour could even give HBO’s winter-fearing epic a run for its most pirated crown, at least here in Britain.

According to new figures from industry analysts, Muso, the Clarkson, Hammond and May fronted car show has already been illegally downloaded more times than last year’s Game of Thrones Season 5 finale, with the debut episode alone quickly racking up 7.9 million iffy streams.

Add to this illegal views of episode 2 (6.4m streams) and episode 3 (4.6m streams), and you’ve got a GT total of 18.9 million morally questionable downloads. The most pirated Game of Thrones episode racked up 14.4 million downloads according to TorrentFreak.

Related: The Grand Tour: Everything you need to know 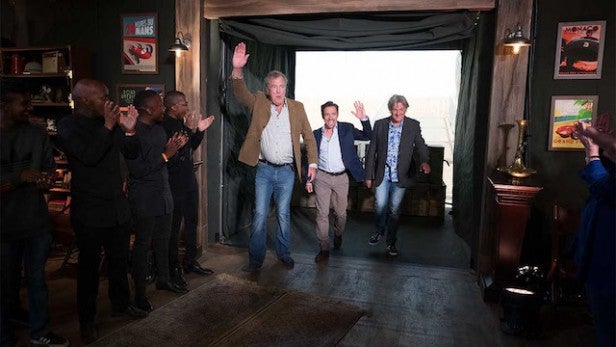 Amazingly though, a large chunk of these illegal views (13.7%) originate here in Blighty. These dodgy downloads equate to big financial losses for the show’s maker, Amazon, too.

According to the figures, these illegal views have cost Amazon more than £3.2 million in the UK alone. And that’s just looking at the hit to the first episode.

With wannabe viewers requiring an Amazon Prime membership – the honour of which will cost you £79 a year – to watch The Grand Tour, you can imaging Amazon is keen to knock these illegal views on the head pretty sharpish.

If they don’t, with the former Top Gear trio having signed a 36-episode deal, us Brits could end up costing the online retailer a staggering more than £115 million. Ouch.

“It is the most illegally downloaded program ever,” Muso’s Chief Commercial Officer, Chris Elkins, told The Guardian.

“It is off the scale in terms of volume. It has overtaken every big show, including Game of Thrones, for the totals across different platforms.”

What have you made of The Grand Tour so far? Let us know in the comments.