What is Kodi and is Kodi legal?

Kodi boxes, Kodi addons, Kodi crackdowns… Kodi tends to be in the news a lot, and rarely for positive reasons. From the EU and UK government to the likes of Sky, the Premier League, Amazon, Facebook and eBay, it seems that everybody has attempted to stop the spread of so-called “fully loaded” Kodi boxes over recent months.

Rewind to April 2016 and Kodi was still a relatively niche media streaming platform, loved by home theatre PC enthusiasts and cord cutters, but still largely a mystery to the masses. Everything changed in 2017, when people realised that − used in a certain (read “illegal”) way − it could help them access TV shows, films and live sports for free.

So what is Kodi and is it legal? Here’s what you need to know before you start using Kodi, including major developments and court cases.

Kodi is free, open-source software developed by the not-for-profit organisation XBMC Foundation. It’s an entertainment hub that lets you play videos, music, podcasts and other types of content from the web and local or network storage.

It’s available on devices running Linux, macOS, Windows, iOS and Android, and can be accessed on a variety of hardware, including smartphones, tablets, media players, computers and TVs.

Related: How to install Kodi

The XBMC Foundation recently launched its long-awaited v18 Leia release. It brings big improvements for how the player handles music libraries and live TV. However, it’s the retro gaming support that’s likely to be the most exciting feature. You can find out how to upgrade to Kodi 18 Leia here.

Kodi is legal. However, one of the reasons it’s become so popular over recent years is the fact that you can use it to stream TV shows, films and live sports for free.

To use the software this way, you also need to install specific piracy-configured addons, created by third-party developers. Such addons are designed to help users break the law and, as such, they’re illegal.

Furthermore, since the process of tracking down and installing specific addons isn’t completely straightforward, there’s heavy demand for cheap media players that have already been pre-loaded with Kodi and a selection of reliable piracy-configured addons.

These devices have come to be known as “fully loaded” boxes, and they’ve proven rather troublesome for broadcasters, studios and the government, largely because they’re cheap, readily available and extremely easy to use.

In April 2017, the European Court of Justice ruled that the sale of Kodi boxes was illegal, as was the use of a media player to stream copyrighted content without the consent of the copyright holder. Previously, it was only against the law to download the content.

Since then, UK courts have seen plenty of Kodi-related action. These are some of the most high-profile cases we’ve had so far:

Kodi in the news

Major online platforms including Amazon, Facebook and eBay banned the sale of “fully loaded” boxes on their websites in 2017, though investigations have found that they’re still quite easy to track down.

Sellers have been dodging the bans simply by misspelling keywords, such as the names of legitimate content providers, in product listings. Think ‘eyepeetv’ boxes that let you watch ‘Sly’ and ‘Virmin’ Media for free.

Facebook went a step further in August 2018, by banning the sale of any device that comes with “Kodi installed”, even if they’ve not been pre-loaded with piracy-configured addons. The prohibited content section of the social network’s commerce policies, however, adds that “add-on equipment for Kodi devices such as keyboards and remotes” are permitted.

Popular addon library site TVAddons − which has clashed very publicly with the XBMC Foundation in the past − became embroiled in a lawsuit in the US in 2017, where it was accused of copyright infringement.

The move prompted the site to delist a multitude of popular piracy-configured addons, including the extremely popular Exodus and Covenant addons, both of which can provide free and illegal access to a huge selection of TV shows and films. You can browse TVAddons’ updated list of blacklisted Kodi addons here.

“We are no longer indexing certain types of addons as a result of legal pressure. This doesn’t mean that you can’t install whatever you’d like, it just means that we can’t index those addons through our platform,” TVAddons announced in April 2018.

“Right now we’re only indexing Kodi addons from which content licensing can be ‘easily’ verified. We’re not saying anyone else is bad, we just can’t be part of it.”

The Intellectual Property Office’s (IPO) 2018 Online Copyright Infringement Tracker report indicates that the crackdown on illegal boxes and addons might be working.

For the report, 2890 people (based in the UK and aged 12 and older) who have consumed or shared content in the past three months were asked which service they used, and the responses suggested that fewer people are using Kodi in 2018 (6%) than there were in 2017 (7%).

The Premier League is keen to step up Kodi crackdown efforts, with its executive director William Bush recently criticising proponents of Kodi and even VPNs.

“Promoting circumventions of the law should be discouraged and minimised,” he said. “I’m not saying it can be eliminated, but to have websites which show you how to break the law, have social media supply content which shows you how to break the law, everything from Kodi boxes to how to get a VPN to circumvent paying subscriptions … they should be discouraged.”

In July 2018, the High Court renewed an injunction allowing the Premier League to block live streams of games in the UK. It covers the entire 2018/19 Premier League season, and requires UK internet service providers to set about blocking the streams in real time.

The Motion Picture Association of America (MPAA) has also called for tougher criminal sentences to be handed to users and sellers of illicit streaming devices, as well as creators of illegal Kodi addons.

“While the civil suits brought by the private sector are impactful, criminal actions by the federal government have a larger deterrent value, and thus would be even more effective at mitigating the problem,” it wrote in July 2018.

“Although not a streaming device case, the federal government’s criminal action against Megaupload, then the largest piracy “cyberlocker,” accounting for 4 percent of all Internet traffic, prompted many other pirate operations to shutter, and resulted in an 6.5 to 8.5 percent increase in digital sales for three major studios in 12 countries. We would expect similar results were the government to become more active in the fight against streaming devices.” 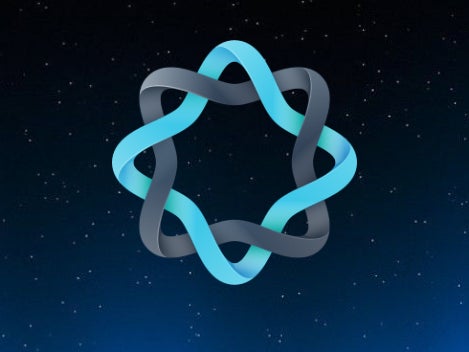 Kodi Primer: What to do and what not to do

Here are some basic pointers on using the popular platform: